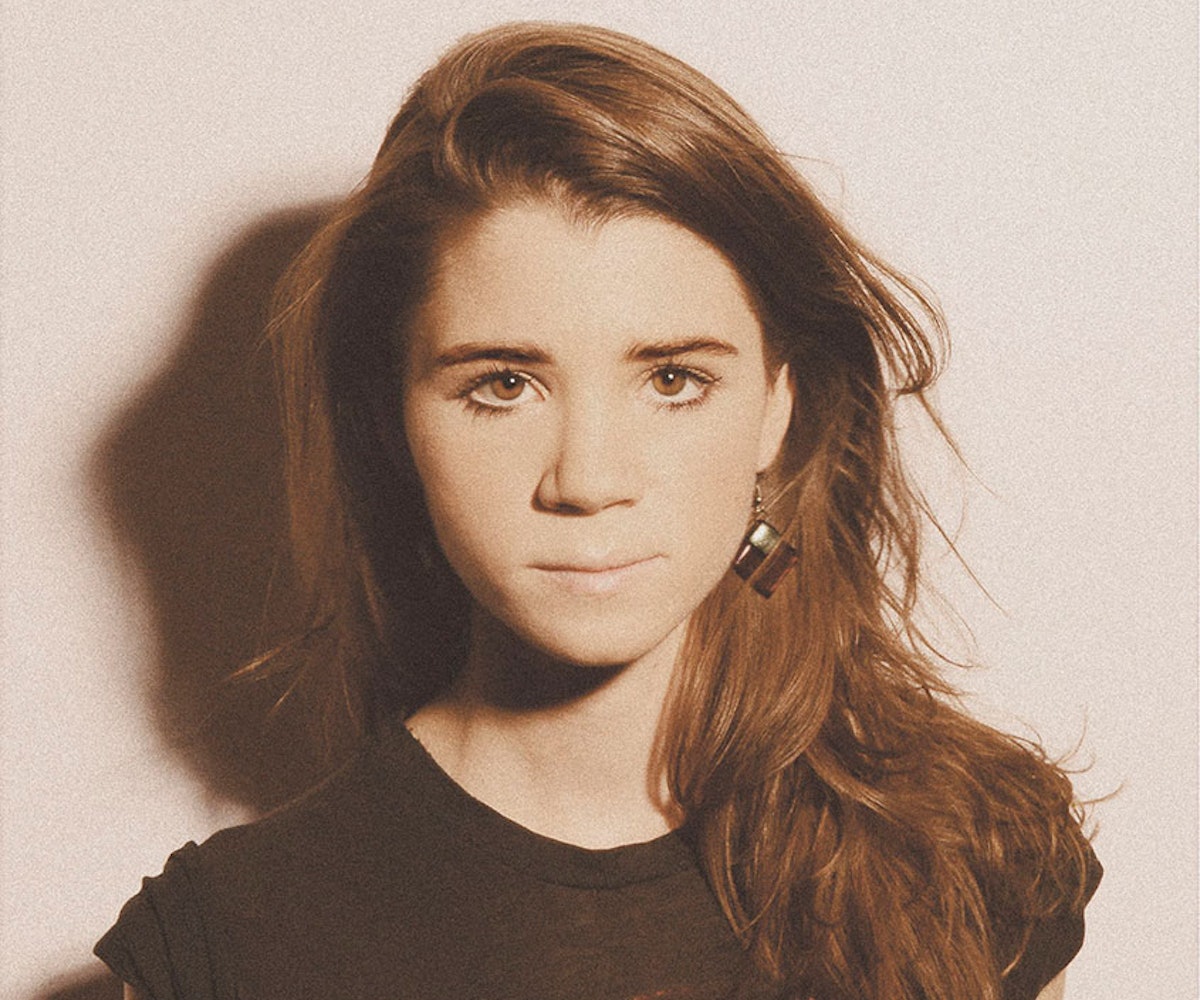 When Aly Spaltro began creating music, under the name Lady Lamb the Beekeeper, she anonymously recorded a 12-track album on an 8-track and left copies on the counter of a local Maine record store. Led by hormonal longings for love and blown-out-of-proportion feelings of heartbreak, the LP, Ripely Pine, quickly became an indie hit. Now, a few years later, Spaltro has dropped the new single "The Beekeeper," and is ready to debut a new, more streamlined sound. "Because I was young when I wrote the songs, they were—objectively now what I would say stepping back—very dramatic and kind of all over the place emotionally," she says. "I wrote a lot of this record at my current age, which is 25, and I’ve learned a lot of things just naturally in four or five years. The content is more mature, a little more existential, and a little more personal."

Her sophomore album, After, sees extremely visual lyrics ("I could be cracked open like a cartoon watermelon / And you would see the solar system suspended in me") infused with a tinge of pop and robust melodies. "It’s more upbeat," says Spaltro. "There are moments of nostalgia, but the perspective is not sad—the perspective is one of acceptance," she says. "If I’m looking back at the past with this album, I’m not looking back with bitterness, like I was in the last album. I’m looking back with acceptance and just contentment. It’s a tender reminiscing." The songs, most of them written while half-asleep at 4am, also explore uncharted territory: "Heretic" is inspired by UFOs and the Giza Prophecy, and "Billions of Eyes" is about making a temporary connection with a stranger on a train. It's strange, to say the least, but in the most intriguing, thoughtful way.

Where did your name come from?

It came to me in a dream when I was 18. I was keeping a notebook by my bed and I was writing lyrics while I was sleeping. I was very inspired and wires were getting crossed and I was kind of writing down dreams as well. It was something that was in my notebook when I woke up and I read it hours later, and it was perfectly timed with putting out my first songs, burning them on a CD, and I put the moniker there and it just stuck.

A lot of the artists that I listened to a lot before I started writing my own music were artists that were very vulnerable and very lyrical. So someone like Sufjan Stevens was a huge influence. Subconsciously, I never tried to sound like him, but I always consciously appreciated his lyrics, his openness and vulnerability, and the way he wrote about his upbringing and his family. I was also really into Of Montreal. They’re one of the early subconscious influences that made me feel that writing really long songs that were longer than three minutes and had different movements and different tempo changes was acceptable. Another influence is the Fiery Furnaces. Same deal.

If there was a phrase that best sums up your approach to life, what would it be?

I was not into high school and very distracted. I was one of those kids that was kind of an outcast, but I wasn’t weird and I wasn’t mean to anyone. This was before I found music. I literally skipped school but I’d go to the public library and look at photography books and read. I wasn’t doing anything bad but I was just not into school. I was always thinking about what I could be doing outside of it.

If you had to live in a past time, what do you think would be the most fun era?

I think, this is really boring of me, but I love the ‘90s and I’m curious to know what it would be like to have been a little bit older, like in high school during the mid to late ‘90s. I think would’ve loved to just be like born in 1979 instead of 1989.

I, like a lot of us, really like to sing along in the car, especially with friends. So I’m going to have to be really honest and say my favorite thing to listen to while driving is like Sheryl Crow “If It Makes You Happy”—anthemic stuff that you can just scream.