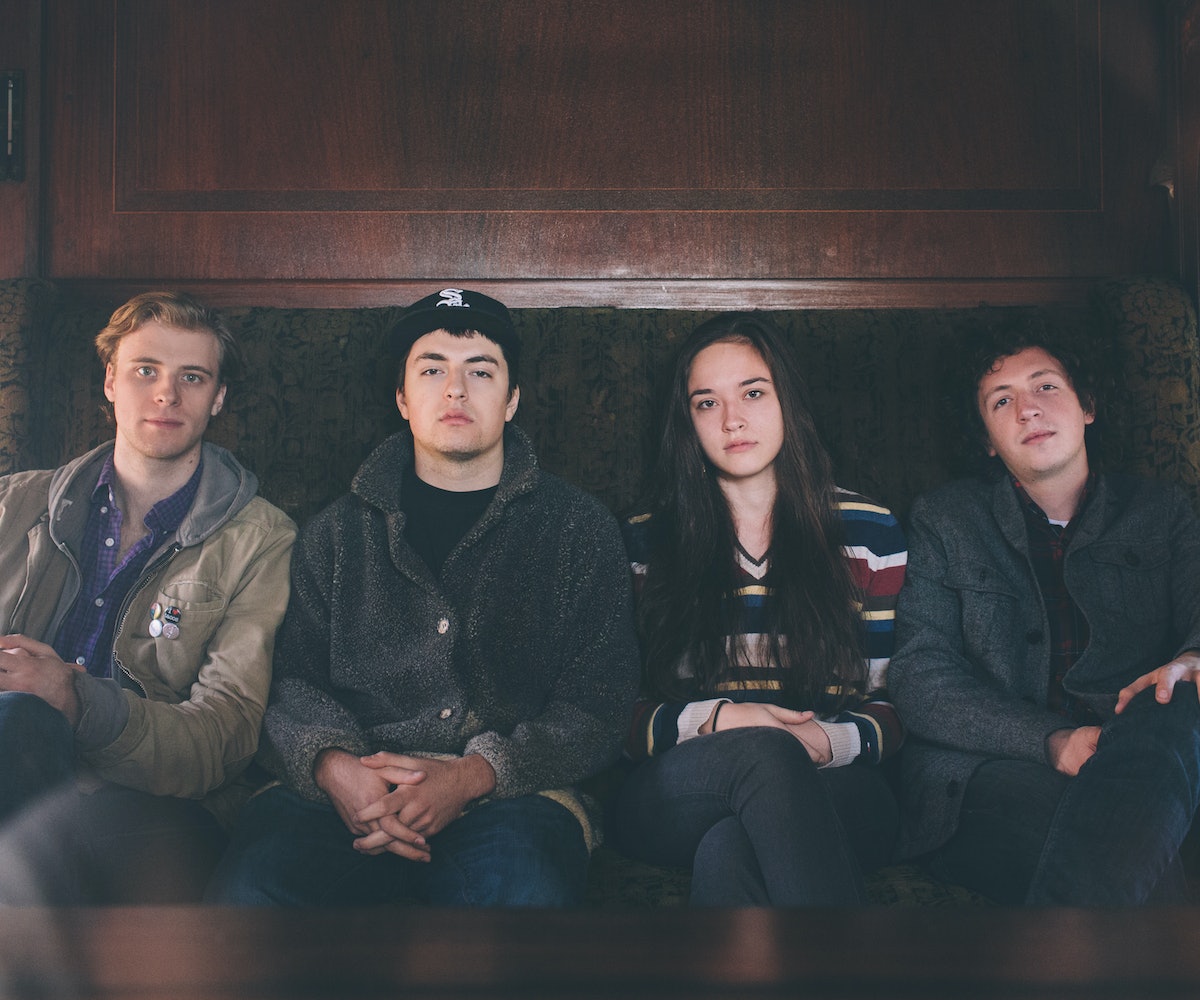 Marrow may be a young band, but the members have immense musical exposure and experience. Three of the members were once part of the group Kids These Days, of which Vic Mensa was also a part of. Despite the fact that most of the members are only 22, they have already toured the country and been associated with big names in music, like Tweedy and Chance the Rapper. The four-member group hails from Chicago with a debut album called

, which is the result of a year's worth of musical experimentation and recording.

Their sound has decidedly changed from Kids These Days, and this new band proves to be a new project in which the members explore new musical styles and techniques. For

, the members gathered in singer and guitarist Liam Kazar's studio and "they grabbed all the foam or insulation they could find, scrapping together amplifiers, guitars, and keyboards to try to find new sounds."

We asked Macie Stewart, the singer and keyboardist for the band, some questions about the band and where they hope to take their musical career.

How would you describe your band's aesthetic?

Honest music with dark undertones. A bit childish at times.

How did you guys get started?

After the old band ended, Liam called me on the phone and asked if I wanted to keep playing music with him. He called Lane as well and we started jamming right away on this huge backlog of songs we had been holding onto over the years. We tried playing with a few drummers from around the city, but as soon as we played with Matt we knew he was our guy. Somehow we convinced him to keep playing with us and here we are today!

Who are your biggest influencess in music and beyond?

Right now my biggest life influences are David Bowie, the free improvisational scene of Chicago, and Japanese street fashion. David Bowie because he can write a great song and has such a great aesthetic. The free improv scene in Chicago is becoming a part of my life more and more because its such an interesting exploration in sound and composition right on the spot. Theres no room for self-consciousness in that style of music. Japanese fashion is influencing me currently in a similar way. They aren't self-conscious about what they wear which opens up this whole universe of style that would be inaccessible otherwise.

What would you be doing if not making music?

Nothing? I've never done anything else.... I can't play sports and I could never stomach an office job. I would probably teach music more, because teaching little kids is both entertaining and intellectually satisfying. That or I would become a chef!

What is the proudest moment in your musical career thus far?

Whose musical career are you most inspired by or would you want to emulate?

I would say Wilco. They are able to tour whenever they want to and still maintain a home life and continue to be low key. A lot of them have  side projects that they record and tour with relatively frequently that don't interfere with Wilco's schedule. I'd love to be able to do something like that.

What is a phrase that best describes your approach to life?

Go with the flow. I work hard and take opportunities as they come. I'm lucky that I am able to make opportunities for myself as well, and I find that a good attitude makes life so much easier to handle.

How do you hope to grow your creative career?

By not being afraid to explore.

What's next for the band?

More touring and recording! Just getting in the van and going somewhere.