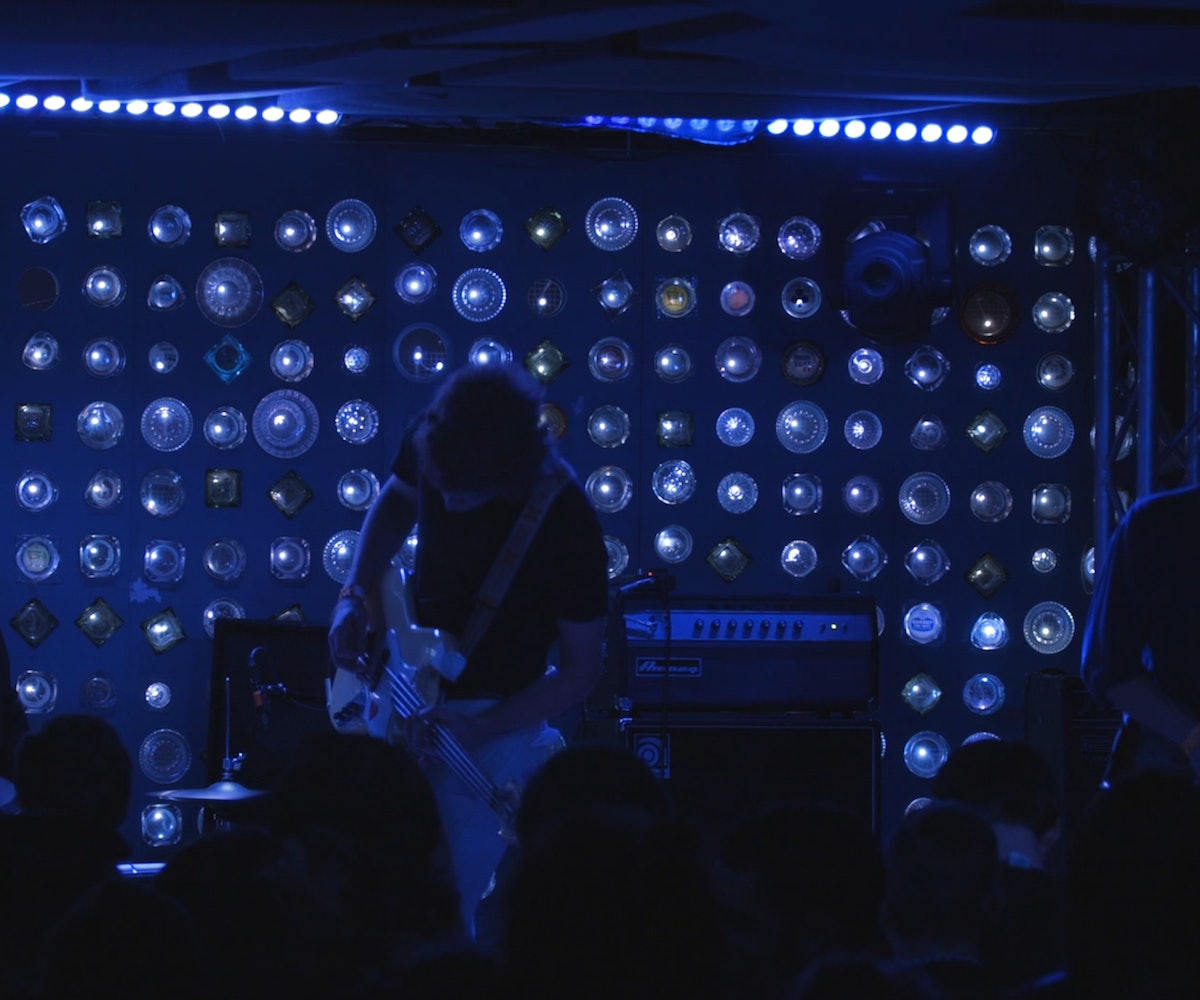 Australian rock group Methyl Ethel sat down with NYLON to talk about everything from their "German bondage nihilist junkie" aesthetic to time traveling to the future to Thom Stewart's unusually small nipples. Frontman Jake Webb formed the band in 2013 and they recorded their debut album, Oh Inhumane Spectacle, alone one summer in his house outside of Perth, Australia. Since then, they've quickly gained worldwide recognition.

Webb met Stewart and Chris Wright through Australia's rock scene and the trio has grown quite a bit since their home studio debut. They've added guitarist and keyboardist Hamish Rahn, and are currently touring. "I'm probably the most proud of being here right now," Stewart told NYLON, "with my best friends, great vibes, cool city, doesn't get much better than this. It's all downhill from here."

Watch the full interview below and check out their new album 'Everything is Forgotten' out now.