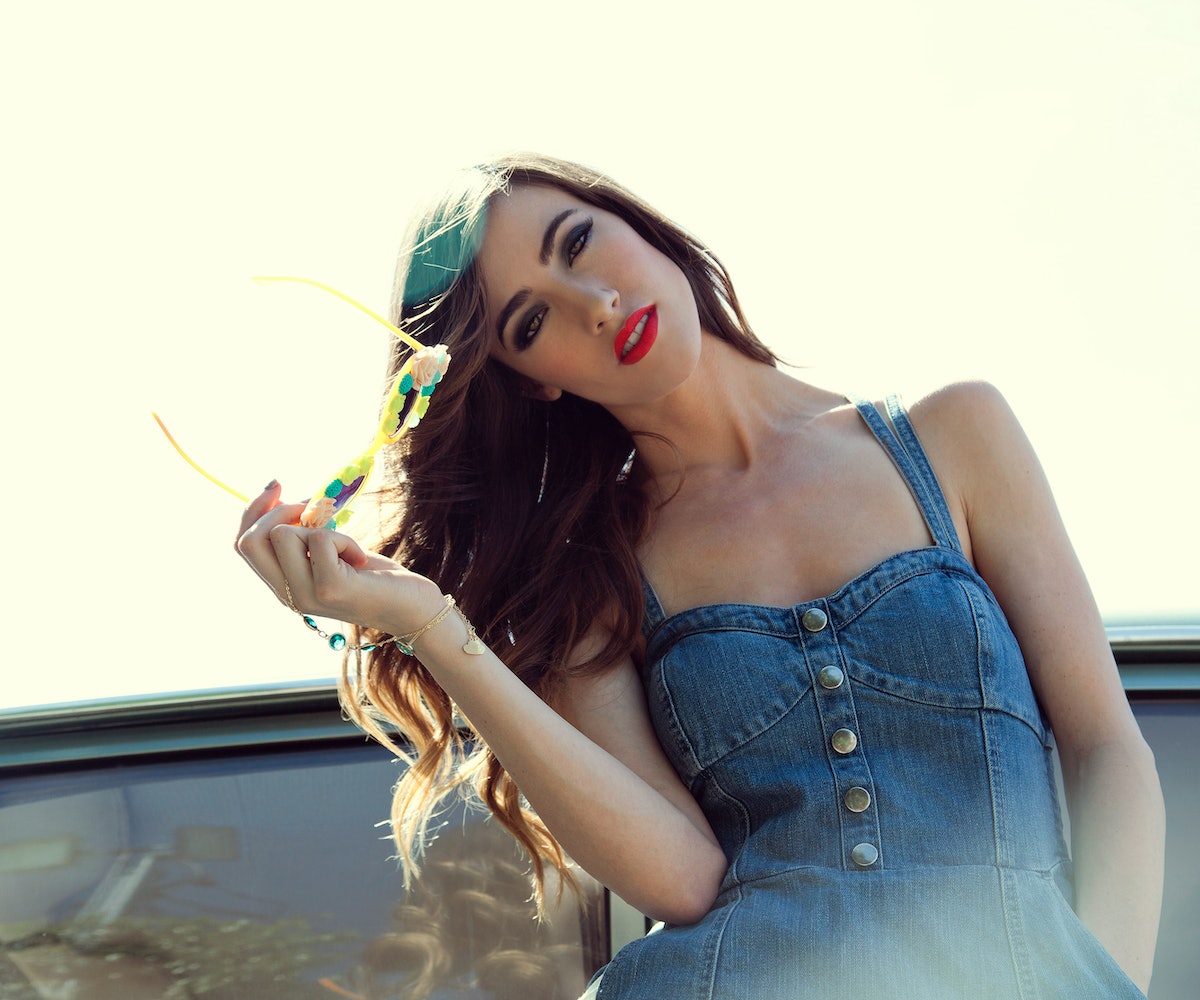 Everyone remembers where they were the first time they heard James Blake' s self-titled album. The beats, the vocals, the R&B-cum-electronica feel--it was like an auditory smack in the face. For Chicago-raised musician Nylo, hearing "Never Learnt to Share" was an especially seminal moment in her songwriting career; "I listened to it, and I literally had one of those moments where I was sitting on the floor and tears were coming down my face," she says with a music-nerd smile.

Stream her EP, Indigo Summer, (which you can also download for free below--woo!) and you'll see why Blake is of such importance to the 23-year-old artist. With her own signature combo of powerful vocals, clever hooks, and beats that will stick in your head like glue, she's found herself a niche in the music world around artists like Blake, Grimes, or Alunageorge.

She has some good help too, like producer Tricky Stewart, aka the guy responsible for Beyonce's "Single Ladies" and Rihanna's "Umbrella," Nas, who hosted her album release party, and Mac Miller, who samples her vocals on "Someone Like You." If you're wondering how a 20-something is already working with some of the biggest names in the industry, it's by starting young and never stopping. "By the time I was 16 I had saved my life savings to buy a laptop, so that I could record into--it sounds so cheesy--Garageband. That was the coolest software at the time," Nylo explains. "I was also in a bunch of little bands as a kid, probably a lot of them were really, really, really bad," she laughs, "but I learned a lot from just constantly playing."

You might think we like her just for the name--she's just one letter away from NYLON!--but as she'll explain the name "Nylo" has a very sentimental meaning. "The word 'nylo' means to love the most," she says. "I was calling my first album,Memory Speak, the Nylo Project because it was about stuff that was not part of that loved vision. I drove out to this garage studio 50 miles away to record it, slept on the couch for three days, woke up, made breakfast, worked until 10am the next morning, and then did it all over again." She's meticulous about her music, and it shows.

Today, she's really inspired by Swedish exports; "There's a city in Sweden called Gothenburg that changed my sensibility in music forever. The music from there has crystal clear sounds, huge string arrangements, and crazy pure vocals. It's not dirty at all. It sounds like snow." Take a listen to her EP below, and get ready for her next album, Indigo Rose and tour this fall.