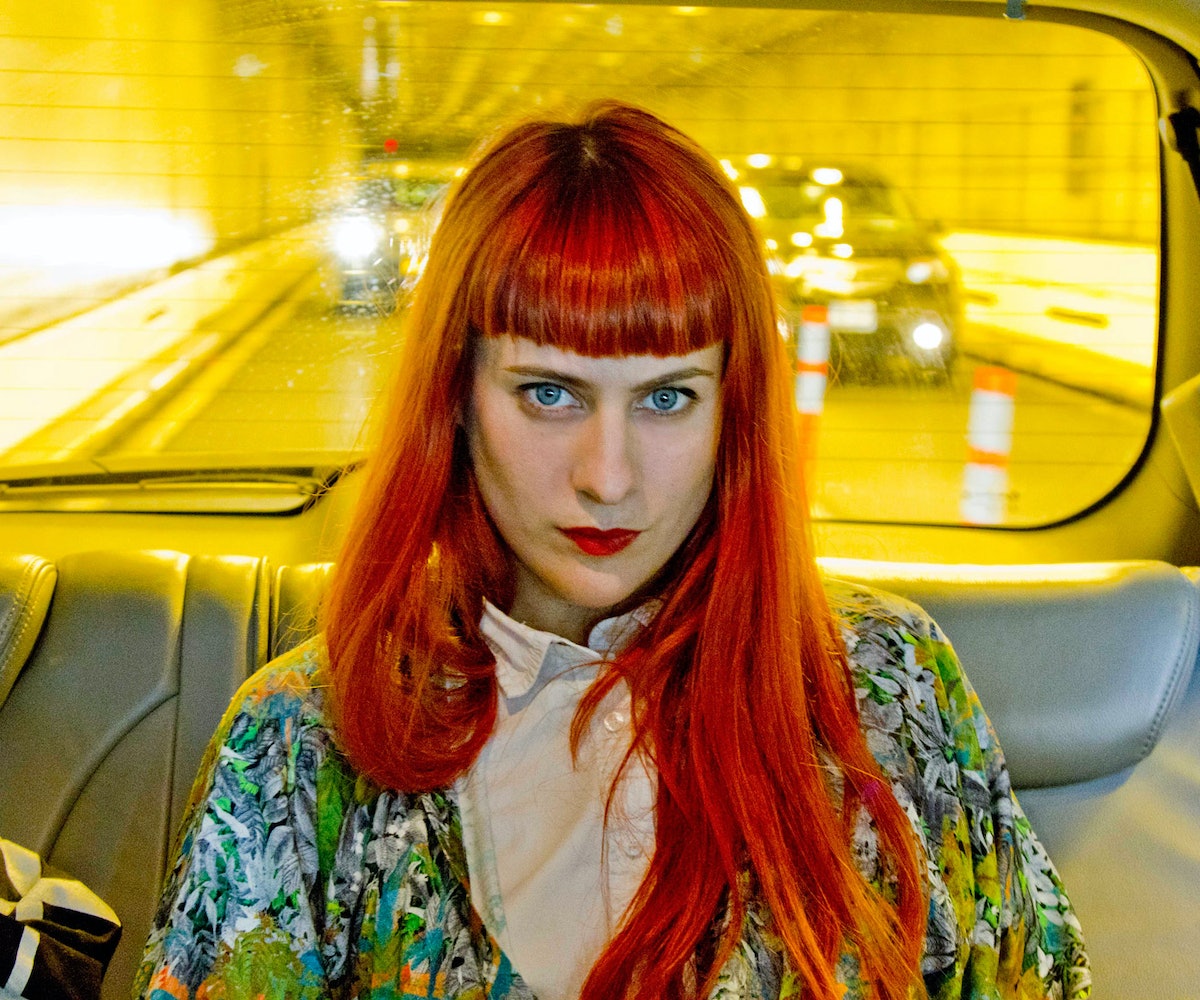 The internet is overflowing with electropop acts these days—Chvrches, Elliphant, M0̸, to name a few— and the thing is, many of them are really, really good. But once you meet the fiery-haired French songbird Owlle, you'll understand that there's always room for one more. Especially when it's an artist as catchy as this one.

She's only been on the scene for a couple of years, but already the singer, songwriter and composer has accumulated a following overseas and earned comparisons to everyone from Kate Bush to Lykke Li. Although the similarities are definitely there (dreamy voice, euphoric-sounding melodies, cinematic soundscape), it's only a matter of time before Owlle steps into a league of her own.

Her breakout single, the sparkly synth-laden "Ticky Ticky," tiptoes across your eardrums and practically forces you out onto the dance floor, thanks to jaunty beats and a chorus that plants itself into your brain immediately. With a video that's equally mesmerizing, there's no point in even trying to get her addictive lyrics out of your head (trust us on this one). But then again, why would you want to?

Blasting music might not be quite as effective as cranking the AC up full-throttle, but let's just say Owlle's chilly tracks and signature crisp sensibility are definitely a start to easing this midsummer sweat fest. There's even more where that came from when she releases her debut album later this year. For now, listen to "Ticky Ticky" and stream the Ticky Ticky EP here!