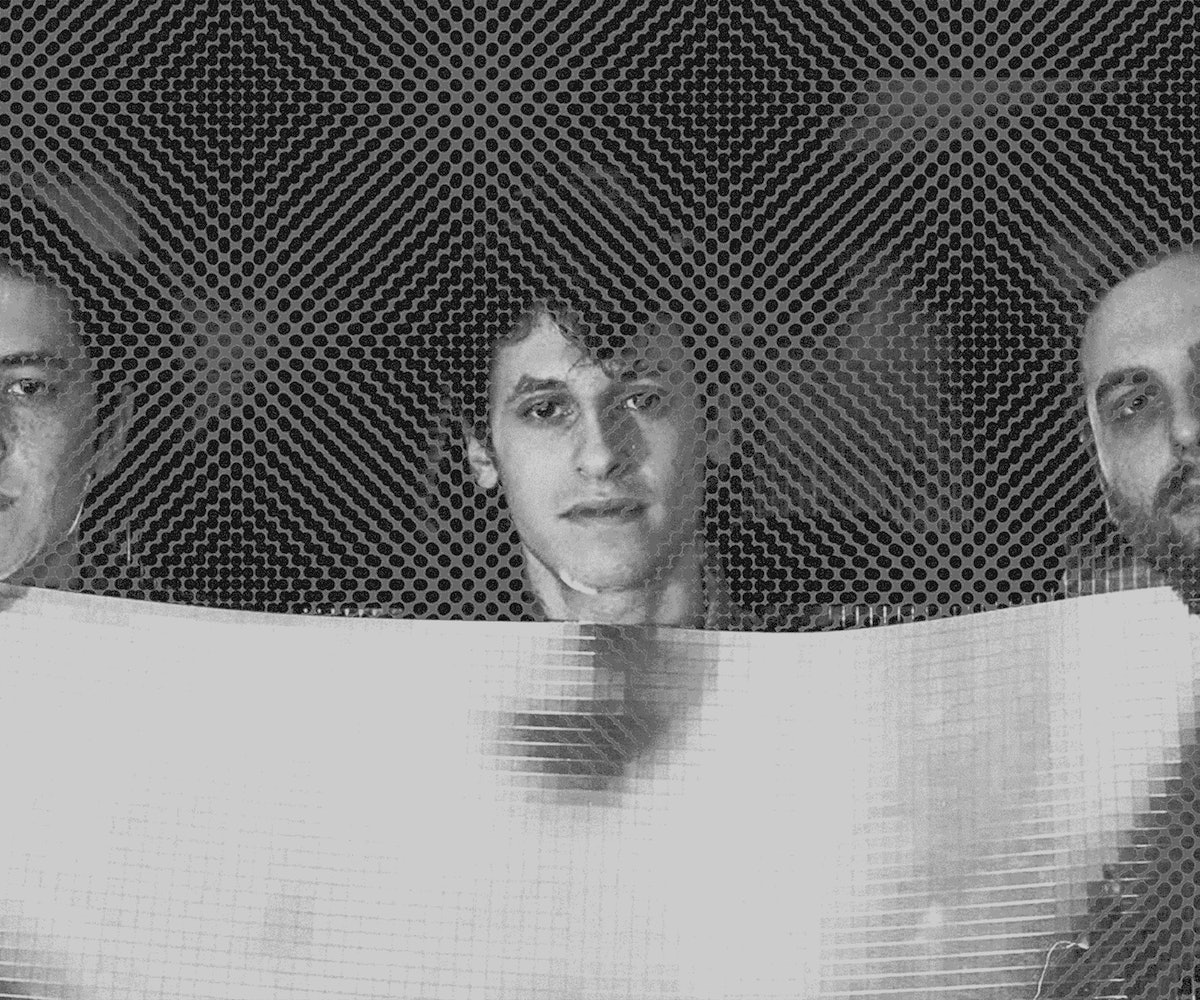 New York City psych-pop trio Regal Degal are finally following up their inventive 2012 debut album Veritable Who's Who, with an evolution of a sound that is hard to pin down. Not Now, out May 19th on Terrible Records, is being described by the band as a "culmination of the myriad experiences that have shaped the Regal sound," which for them includes a stint in Los Angeles to record Who's Who and a move back to their home base of Brooklyn. Not Now, which was recorded with Grizzly Bear's Chris Taylor in Berlin and New York, is ambient and idiosyncratic, immediately accessible while demanding your attention at the same time. The record's first track, "Delicious," is the perfect embodiement of this, and we're premiering it below. Let's also get to know Regal Degal members Josh da Costa, Josiah Wolfson, and Jamen Whitelock a little better, shall we?

Josh: It's really hard to consider this a career.

Josh: Yikes. In the driver's seat.

Josiah: In the passenger seat.

Jamen: In the back seat.

Josh: A couple music videos and a heavenly record.

Josh: The fact that my amp has survived this far, and the fact that we've stuck together for over 5 years now, we've stayed close, you know.

Josiah: I'm proud that we're still together and that we're also still doing things the way we want to and still learning.

Jamen: But that's my roommate (in a british accent).

Josiah: Depends who's driving what, and where. Probably just have to go with Josh's No Ego mixes for our former van rides in NYC, Einzelganger for driving through the foggy rockies on tour, Wimple Winch for driving around with my girlfriend when we lived in LA.

What are some of your favorite memes of all time?

Josh: I think grape fall lady is a classic.

Josh: Broaden my grasp of both what I want and what others want out of my work.

Josh: Treat yourself, treat others.

Josiah: There is no solution because there is no problem (Duchamp).