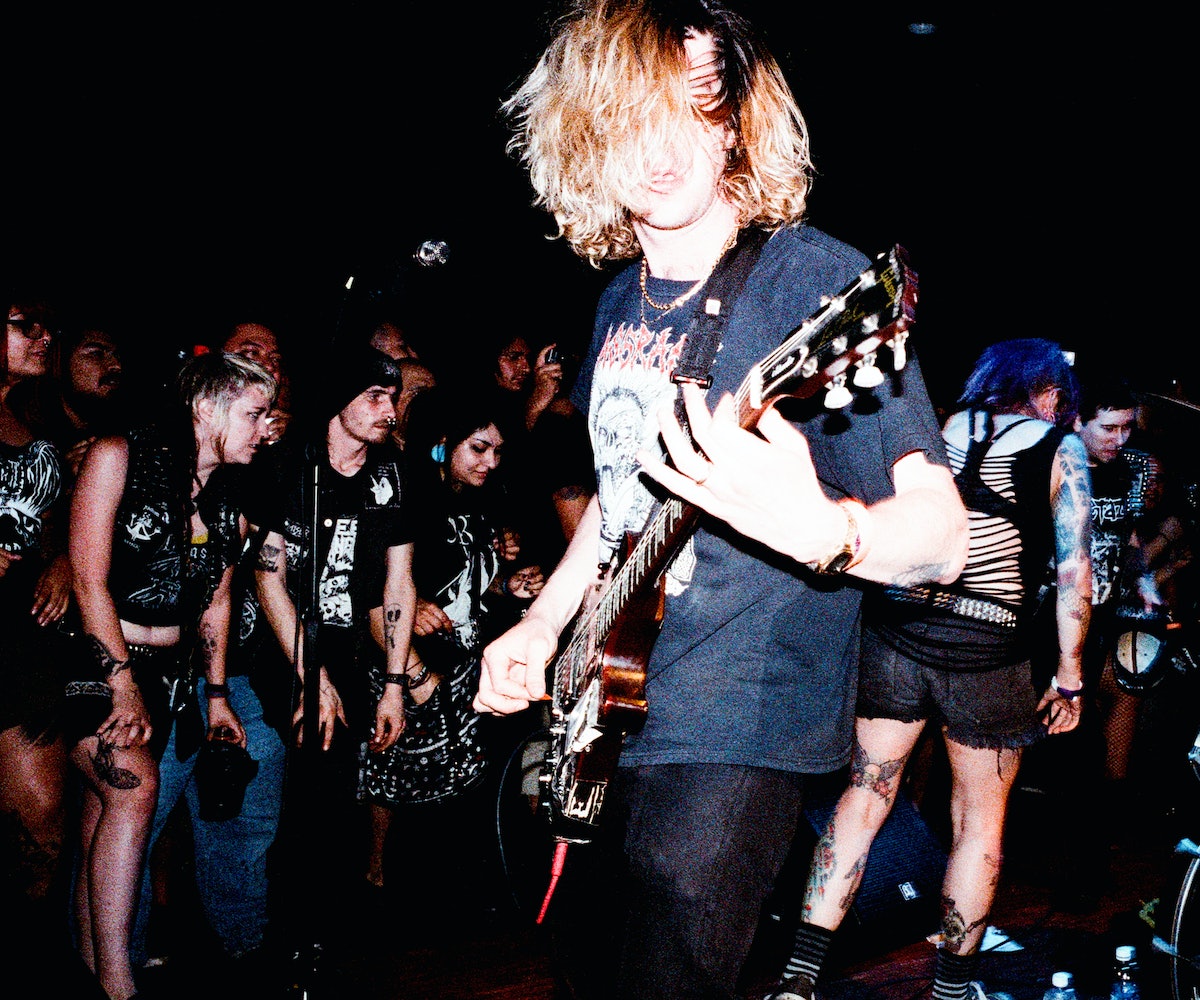 You know that feeling you get when you suspect all your friends are hanging out without you? We've all been there, but not all of us start a musical super-group. Simon O'Connor, on the other hand, has.

While the rest of his band, Kuroma, was away on tour for MGMT, he began to write some new tracks. "Originally, I was writing songs for Kuroma, but I liked the way my vocals sounded on the tracks," he says. "I thought, 'I have been writing songs for other people to sing my whole life, why not sing 'em myself.' So, I got a band together and did just that."

With Will Berman (Kuroma/MGMT), Jim Carroll (Pure Love/Hope Conspiracy/Suicide File/Clouds), Brandon Collins (Rewards/Apse), and William Flynn (Sleepers Work/St. Vincent) on board, the band created their own version of indie rock, replete with punk influences. Shortly after coming together, Simon Doom—an homage to O'Connor's high-school nickname—caught the attention of The Replacements' Tommy Stinson, who asked to record the band's first EP and later produced their song "Punk Problems." MGMT's Ben Goldwasser produced the other two tracks on the self-titled EP, which was released earlier this week.

You guys have such a varied background in music. How have you all come together to create a new, cohesive sound?

This is the first musical project I have worked on that I can really call my own. Most of the parts, arrangements, et cetera, were layed out in the demos I recorded at home. I am just lucky to find a group of awesome musicians who could compliment my parts with their own unique style. I finally had the luxury of choosing my own band. William Flynn played in St. Vincent and has his own project called Sleepers Work, that is totally mind-bogglingly rad. Jim Carroll is a veritable hardcore legend—rocked in Suicide File, Hope Conspiracy, Clouds, and an awesome project called Pure Love. Will Berman has been a member of pretty much every band I have been in since Thulsa D

broke up when I was 18. I couldn't imagine doing anything musical without him. Our current drummer, Brandon Collins, is a fucking beast and one of the coolest dudes I have ever met. I couldn't be more grateful to play with those dudes.

Everything from Assück to Zappa. From "power" to "pop."

There's obviously a huge MGMT influence in the band—Ben Goldwasser produced two out of three songs on the EP and William Berman is in the group. Did you try to consciously separate the MGMT aesthetic from this project, or did you embrace it and warp it into Simon Doom's DNA?

lives on a totally different planet than MGMT. It's a much more personal project than anything I have done before. I wrote the songs with a teenage

in mind. More of a gruff, '90s New York teenage punk vibe—very east coast, super straightforward. I am just stoked my friends wanted to work on it with me.

What do you guys have in store down the line?

We just dropped a free EP. Playing with a great band called Summer Moon tonight (if it comes out tomorrow)... And we're gonna release more music and play more shows! We are a new band... Not even a year old!