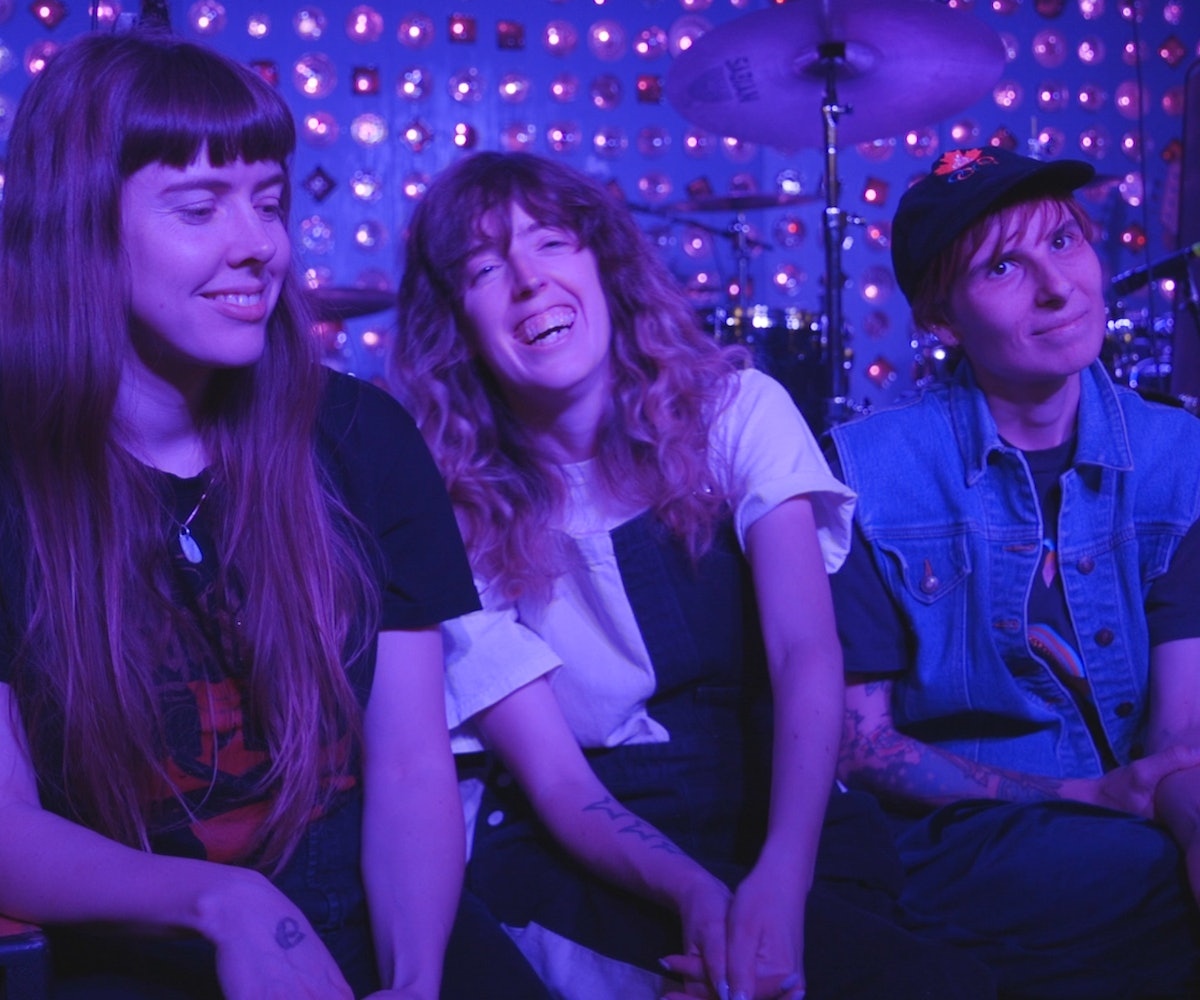 With their love-at-first-jam meeting and obsession with thrift store cassette tapes, indie pop band The Courtneys are definitely crush-worthy. The chemistry between the drummer and lead vocalist Jen Twynn Payne, guitarist and vocalist Courtney Garvin, and bassist and vocalist Sydney Koke, is obvious both on stage and behind the scenes. The band’s inspired bass lines, funky beats, and fuzzy guitar sounds radiate pure magic that mirrors the Vancouver trio’s chill vibes.

The Courtneys recently came through the NYLON studio to compare their new album, The Courtneys 2 (a slacker pop sound with an ode to the '90s grunge movement), with their self-titled first album from 2013, talk about their proudest band moments, and reveal their roster of musical inspirations. Easy, breezy, and sweet, these bandmates have each others' backs as they fight everything from spiders to patriarchy.