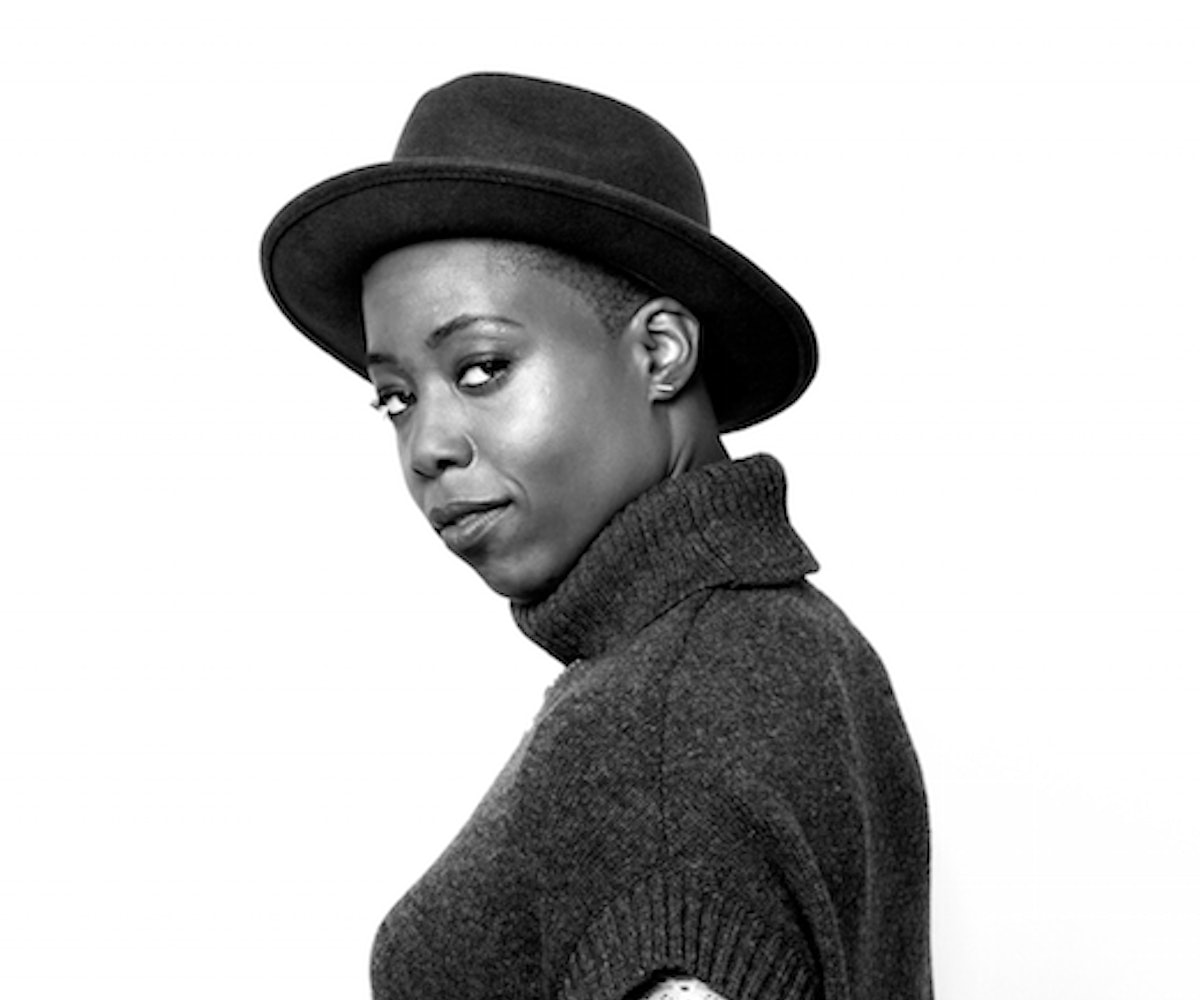 Let’s get the obvious out of the way: 32-year-old singer/rapper/songwriter Tish Hyman is very reminiscent of Lauryn Hill. Perhaps it’s in the sultry tone of her voice, or the poignant words that fly out of her mouth. But yes, there’s a vibe there. Tish got her start in New York City’s brutal battleground but found her footing once she headed to the west coast to pursue her love of music. It wasn’t a fast transition, but it was a steady one. From working with Kanye West and Alicia Keys to appearing on Fabolous’ latest single, “You Made Me,” Tish ultimately proved her solo chops had equal value with the release of her single, “Subway Art.” Now as she preps her debut album, Tish promises to feed us an equal balance of passion and prose. Now that’s a well-rounded meal.

What was it like growing up in the Bronx?

It was really hard, honestly. A lot of violence at an early age—seeing a lot of violence go on—drug dealing, drug users. It's kind of scary, honestly. I couldn't wait to get the hell out of there, so as soon as I could, I got out. But I was there for 18 years.

You knew you could rap, but when did you realize you could sing?

I always could sing since I was five, six years old. My mother used to sing—she sings—she's amazing. She played piano, but my sister was the real vocalist. That's why I didn't really sing. Because I could sing, but I would sing Dionne Warwick's “That's What Friends Are For,” and my sister sang “The Greatest Love Of All” by Whitney Houston. So it's like, “Bitch, you come over here hitting all them damn notes. I can't do that!” My brother was a rapper and he was good, and I saw all these dudes on the corner, and he'd be rapping and they'd be looking at him like, “Oh Fishbowl, you the shit!” And I was like, “I want to do that!” And he started writing me raps at first. Then, I started stealing his books and writing. I got tired of people being like, “That's good, but your brother wrote it.” So I was like, “Fuck that, I could write!” and I started writing raps.

There are the obvious Lauryn Hill comparisons…

She's the realest. I love Lauryn Hill. I feel like I'm picking up where she left off and the moment she wants to come back in, I'ma be right there to greet her like, “Come on!”

How does that feel, though?

Is that a lot of pressure, though?

Nah, I do this! Like whatever. If you think I'm like Lauryn…I've been hearing that since 18. I've always had a similar texture, but I'm just different.

It's funny though, there's always this DNA when it comes to women. Every female artist that comes out, she's always got to be related to someone else. Like it's great that they say you're the next Lauryn Hill, but why can't you just be the next Tish?

I think everybody's everyone's next something. Nothing under the sun ain't never been done. If there's anybody I want to be compared to, compare me to [Lauryn]. I got called Biggie my whole high school and junior high, because I rapped and I was fat. I was chubby and I rapped. They were like, “Biggie!” and I'd be like, “What up!” I could freestyle. Whatever. Everybody gotta be compared, but it's like who they compare you to. As long as they don't compare me to...I ain't gonna say no names. I'll leave it at that. Compare me to great people.

When you hear your early music, what does it sound like to you compared to where you are now?

It sounds like some real shit. I like listening to it. I'll be wanting to cry all the time. Just because it's like, damn I made it out! I know I got so much further to go. I feel like my calling ain't really just music; I feel like I can talk to kids. That's what I like doing. Anyone from my old hood will tell you, I’ll be out there on the corner preaching all day—and before I even left the hood! Because there were things I was doing that people were seeing like, “Damn you're doing good!” Like when I started working in the mortgage business, I was making money. I went and hired like six people from my hood. I would drive them to work, I would buy them lunch, I would get them clothes for work. It was nothing to me. Somebody helped me, I help you. They won't make it, none of them made it. It was the worst investment I ever made. I lost $50,000 trying to help. It was what it was. I don't regret it, because those people still to this day are like, “Yo, you did look out. I remember when you went to your closet and got me brand new shoes and put them on my feet.”

You really inspire people to never give up.

I want kids to get that from me. I want people, kids, moms, whatever—like if you doubt yourself, it's a part of life, but really though? You're going to let somebody else's opinion of you really stop you from going somewhere? I don't understand that. I won't ever understand that.