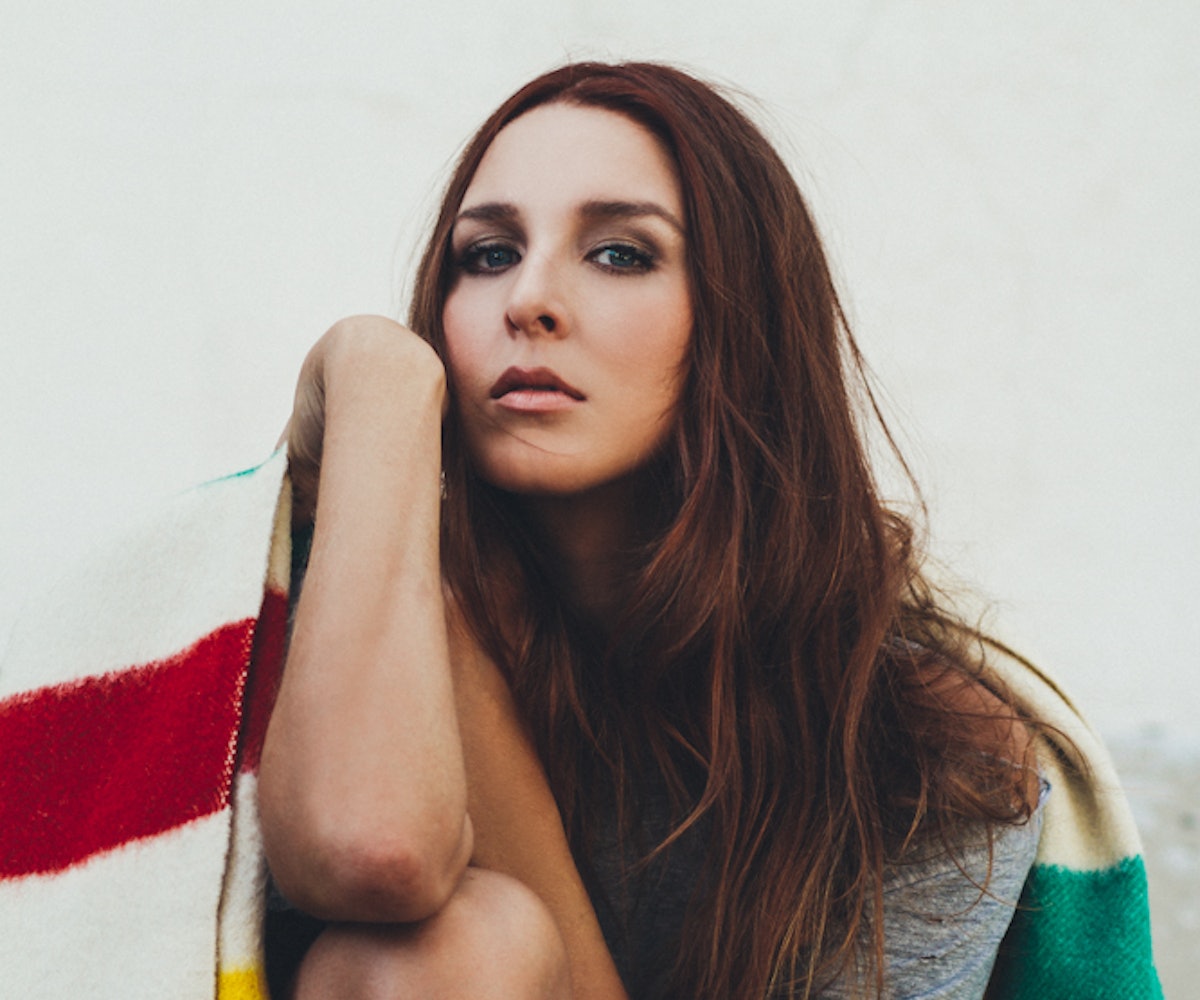 If you recognize W. Darling$1’s luminous voice, it’s likely you may have heard it on Bassnectar’s soaring 2014 EDM anthem “You & Me,” (or the trailer for We Are Your Friends it was heavily featured in). But since then, the Canadian singer, who has penned songs for Cody Simpson, Victoria Justice, and the ill-fated Jem and the Holograms movie, has embarked on an ambitious solo career. Last summer, her debut EP, Lost Girls: Chapter One, introduced Darling as an expressive vocalist and open-hearted lyricist, whose tales of emotional turbulence fit seamlessly with her dark, metallic production.

W. Darling, whose real name is Haylely Gene, named herself after Peter Pan’s Wendy Darling, and relates to the character’s experience of waiting in that one place, waiting for something—or someone—to whisk you off to some magical new reality. That sentiment is felt in W. Darling’s video for “Dizzy,” which we’re premiering here. Part of a trilogy directed by The Young Astronauts collective (you can check out the other two here and here), the clip features a young girl perched on the bleachers outside her school on a grey afternoon. But when her face is revealed, we see that she’s smiling, as if she’s gazing out at the endless possibilities just beyond the trees. Watch the video, and get to know W. Darling, below.

I met Hawksley Workman at the Junos in Canada, and he introduced me to a songwriter friend from Sweden. I had already planned a vacation to Stockholm, so it was quite serendipitous that we ended up having a session two weeks before I left. It went so well that he ended up connecting me with all of his contacts in Sweden and I spent my entire vacation in studios writing and recording.

I hope to be at a place professionally where I have the freedom to work with the artists I respect and admire and put out honest work that people can connect to. It would also be really nice to be able to fly my sisters to my side whenever I want.

There are so many hurdles to get over before you are even able to start releasing music. I’m so grateful that I’ve been given the opportunity to create something that I can fully stand behind.

It’s a toss up between chef Francis Mallmann, Julia Child, or Sally Field circa Forrest Gump.

James Taylor all day, every day.

I’m gonna roll with my fellow Canadian, Alanis Morissette. She’s such an inspiration to me in terms of her uncompromised artistry. She’s unapologetically herself and I’m so inspired by that. Also, she’s a songwriting goddess.

I mean, going backwards any amount of time makes me a bit nervous, but I guess 1940s Hollywood would have been kind of fabulous. All I really want is to be in old movie musicals, somehow beat Julie Andrews to the audition for The Sound of Music, and get the role before her.

Besides the obvious one, I love baking.

I binge-watch Cheers on Netflix.

When I’m writing alone in my bedroom with a glass of red wine and a piece of 90% dark chocolate.

I was a textbook overachieving art school weird at a private Mennonite high school. Yes, I made shoes out of newspaper—so what?

I do Krav Maga everyday for two hours, I love it.

I love cross-stitch more than I would like to admit, and I would love to get a head start on the rest of my grandmother-y pastimes. I literally dream of looming on a nightly basis.

I hope to continue surprising and pushing myself, and to never reach a point where I look around and say, “I made it. I’m done.” I think developing creatively is a lifelong journey and I hope to never forget that.