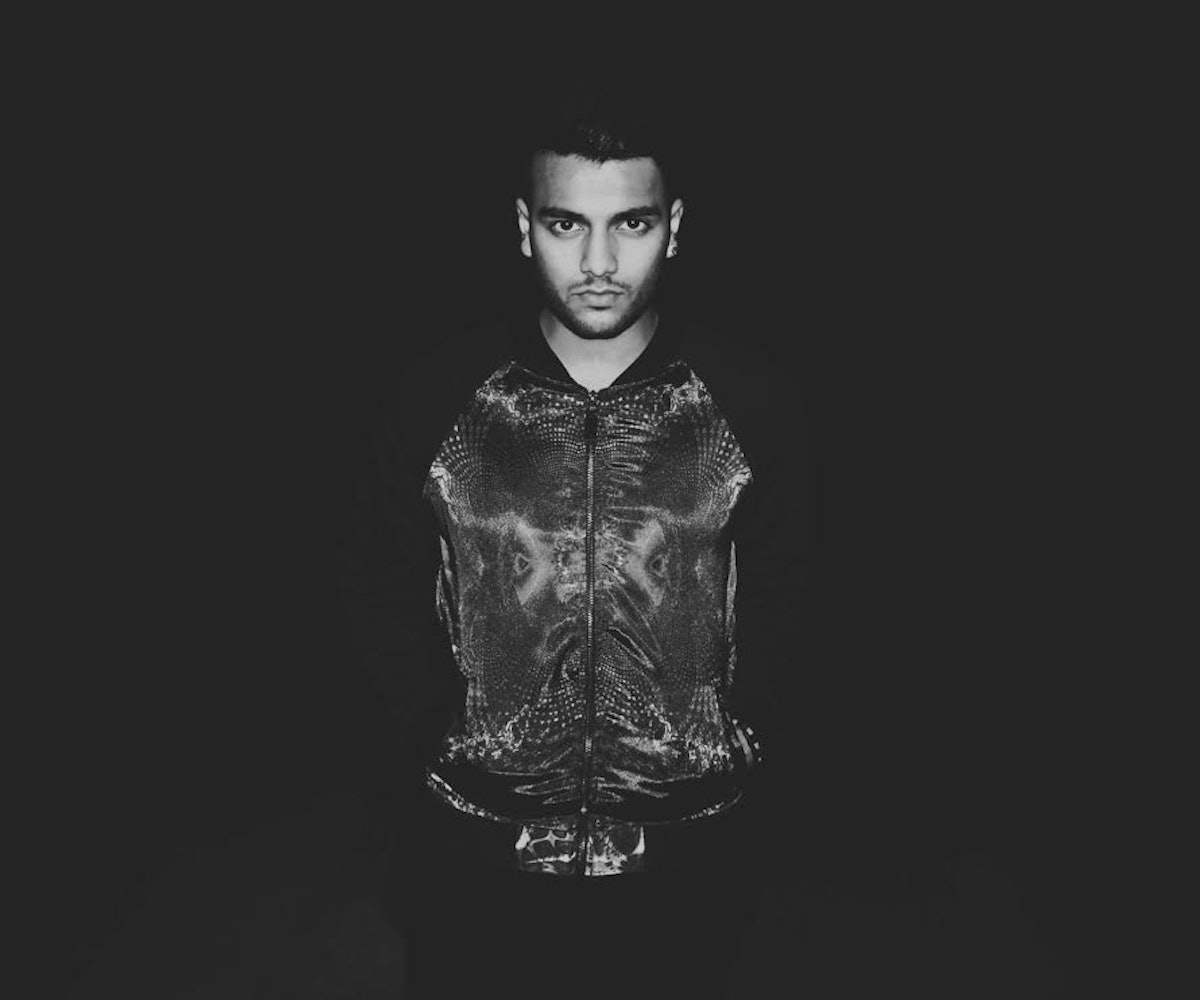 British producer XO is only 19, but he's already established himself as a rising star on the dance music scene, thanks to uptempo cuts like "Holdin' On." The Staffordshire-based producer, who was born Sunil Heera, has been a strong presence in the remix community for a while, but at the end of last year he branched off on his own and released his debut EP, Through the Night. His tracks, which borrow elements from dubstep (think James Blake kicked up a few notches), often feature guest vocalists that elevate them something more than just club fodder. Here, we get to know him a little better.

Substance over style and Old Skool over Nu Skool for sure.

Just out of sheer curiosity, I guess. I was initially intrigued by the idea of making music from my own bedroom, and the rest is history as they say. Although, I never saw it as a career opportunity until I met my manager, Emma, so shout out to her.

There’s a lot of proud moments for sure. Playing Radio 1’s Big Weekend and hosting my own two hour show on their R1 Dance station last year are definitely up there; receiving support from artists and radio DJs that I respect has also been overwhelming at times. Although, I think the proudest moment came when I released my debut EP Through the Night at the end of last year.

Probably someone like Seth Rogen. He’s the funniest dude.

Anything with a kind of '80s feel just reminds me of driving a Cadillac with the top down through a picturesque area in the USA. Tracks that create a sense of nostalgia are always great to listen to when driving I’ve found.

I don’t know if I’d like to emulate someone else’s career exactly since everyone has their own artistic vision and direction. All I know is that I want to be remembered for leaving something special behind, as long as I can achieve that, I’ll die happy.

'90s. Without a doubt. Although I was already born in that era, I’m not old enough to have experienced the decade in its entirety. It was just a great period of time for so many musical styles that I love and grew up listening to, including House, UK Garage and RnB.

I can’t actually tell you that. I listen to downtempo music sometimes though.

I’d like to think I was one of the more popular guys. Approachable, confident, and just an all round sweetheart. My parents raised me well. I wasn’t very good at making music at the time though, embarrassingly awful in fact.