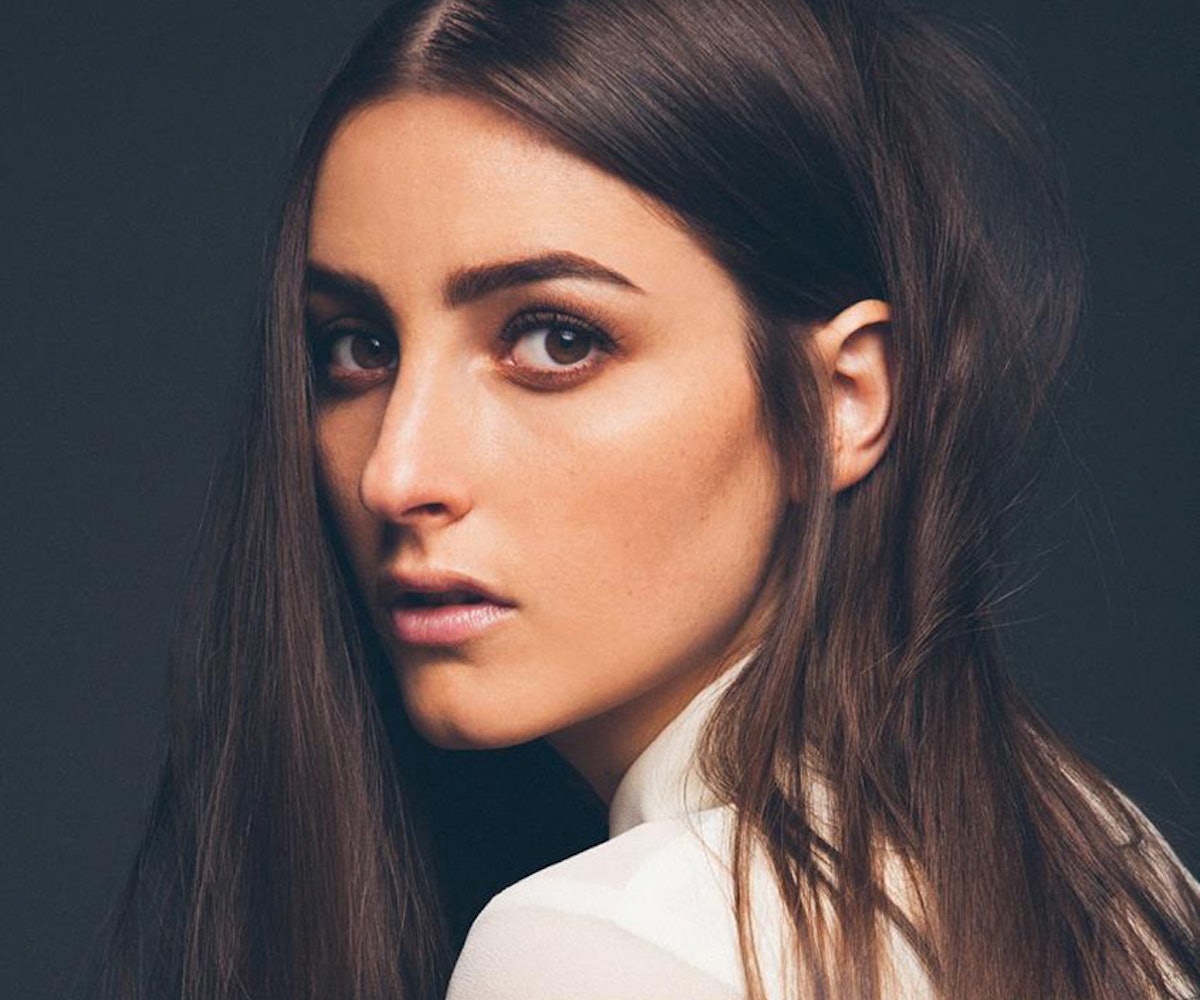 Earlier this summer Banks shot to the top of the Hype Machine charts with her single "Warm Water." She's amassed hundreds of thousands of plays on her Soundcloud page, and she's worked with everyone from Totally Enormous Extinct Dinosaurs to Sohn. Oh, and she's only officially performed live once.

"I've actually only had one live show so far," the 25-year-old singer says, calling from her home in Los Angeles. "It was at Notting Hills Arts Club in London, and I felt everything— I was happy, nervous, it was like I was on Cloud Nine."

She's about to get the chance to feel these emotions all over again come September, when the singer and keyboardist joins the Weeknd on his North American tour. This would be a big step for any musician, but especially for the enigmatic Banks, because this means we can finally see what she's all about in person.

Despite continual blogosphere chatter about her slow-burning, silky smooth sound, the musician been coy about her identity from the beginning. She may have posted her cell phone number on Facebook (

!), but she doesn't share her first name and is hesitant to divulge particular details about herself. "Being mysterious isn't a conscious decision or a publicity stunt," she explains. "It's just about who I am." This is a girl who clearly doesn't need publicity stunts, anyway— her sound stands alone, weaving fuzzy melodies and shadowy thumps into her sultry, smoky vibe.

Banks first started writing music as a teenager following a tough breakup. "I was going through a pretty dark time when I was about 14 or 15, and somebody gave me a toy keyboard," she remembers. "The second I started writing I realized what a powerful effect it had on me, and I knew it was going to be a huge part of my life." Clearly, the Banks effect is spreading.

Breakups, awkward phases, and hurtful times are never pretty. But while you wait for her new EP and prepare to catch her live, listen to Banks below— somehow, growing pains have never sounded so good.