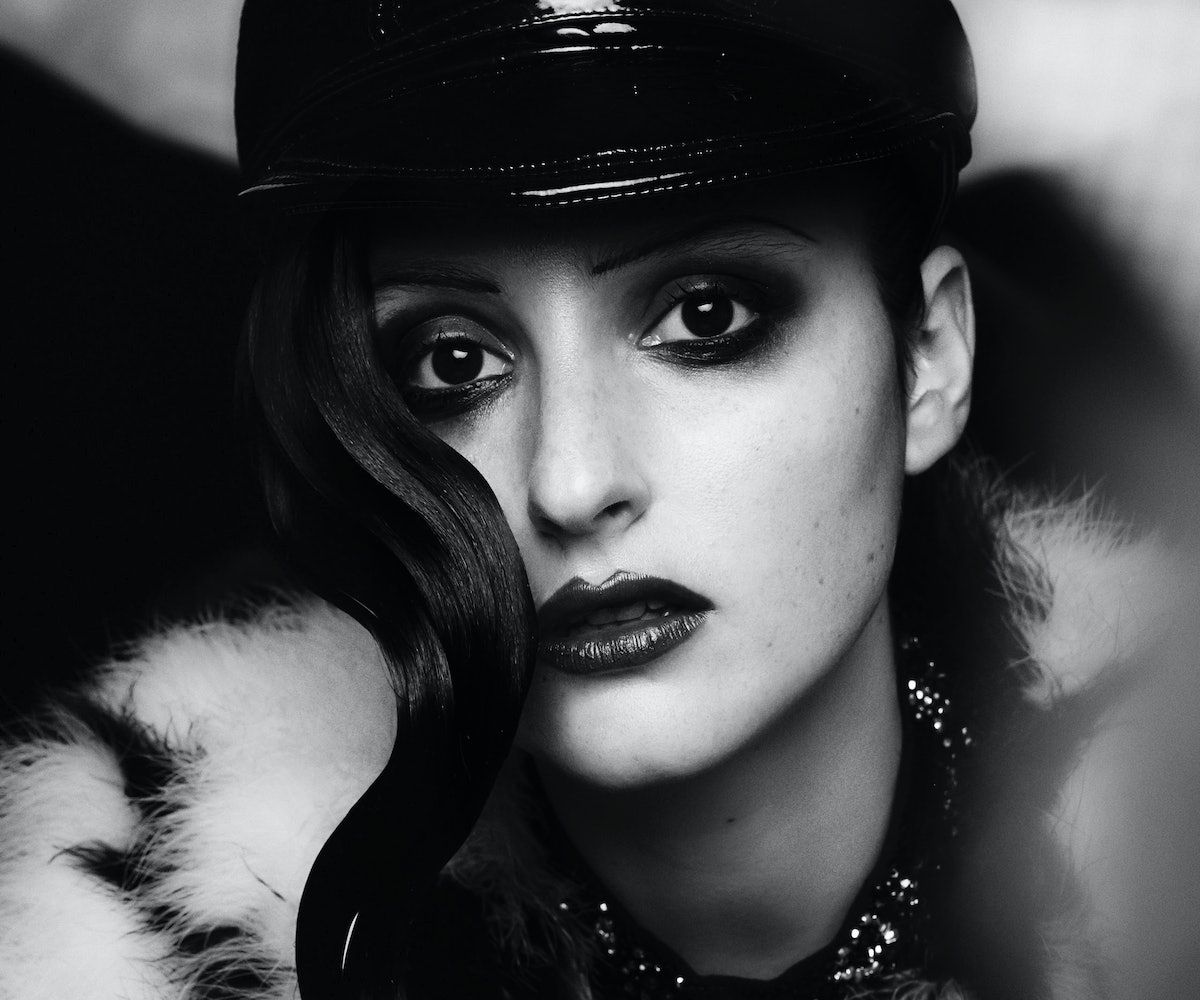 When it comes to Banks, we know by now to expect the unexpected. The singer-songwriter is always thinking outside of the box and pushes her creativity to the next level somewhere in another dimension entirely. Banks' latest music video for "Trainwreck" is a prime example of this.

"Fuck With Myself" had the creep factor while "Gemini Feed" channeled moodiness, but the latest visual installment from The Altar is a total brain bash. Banks starts off trapped inside a television and then switches to a room where she's seen sitting all alone at a table, pale as ever, wearing red patent leather gloves and a weird bird hat before shoving a boiled egg down her throat.

Eventually, she's joined by a group of bald men who can't stop photographing her. The strangest part is when they all have a dance party in the middle of the hallway. By the end, her face is bedazzled in crystal tears. Overall, Banks is giving us some major morbid, Edgar Allan Poe vibes.

Watch the whole show go down in the video, below.