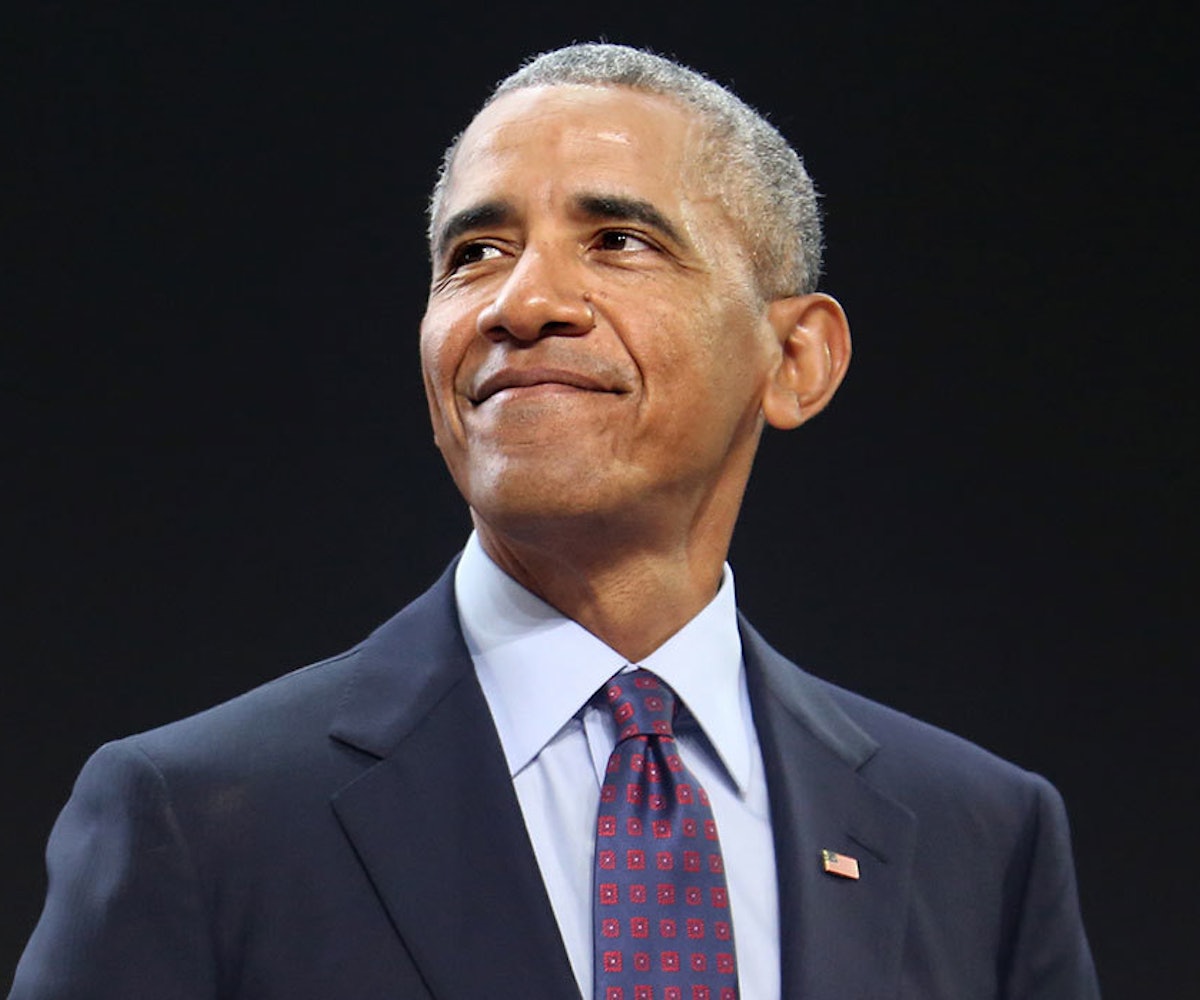 Here's some wholesome news to sink your teeth into today: Barack Obama is officially returning to the political field this year. His spokeswoman Katie Hill confirms, telling the Chicago Tribune he will continue to maintain a low profile while endorsing more candidates and doing some on-the-ground campaigning. Those November 2018 midterm elections are, as the kids (still probably?) say, shook.

Since leaving the White House, the Obamas have taken a much-deserved period of time off. As Donald Trump continues to dismantle much of what Obama set in place, like Net Neutrality, his approval rating continues to sink lower than any sitting president before. Oddly, Barack Obama's approval rating has only increased; he sits at 63 percent right now, even pulling higher numbers than Trump in the notoriously red state of Alabama.

Obama reentering the political sphere does not bode well for Republicans hoping to win big in this year's election. The Democrats are ramping up their influence across the House and Senate in an effort to resist the destruction of American democracy Trump's administration seeks to bring to fruition. But, with over half of the American population wishing Obama was still in the White House, the likelihood of those particular horrors coming to light feels slim.

Now, Obama won't rescue us, but he could very well inspire us to rescue ourselves. His message has always been unity through community. It's good to know he'll be entering ours again real soon.

NEXT UP
Entertainment
SZA May Finally Be Returning With New Music
Life
Unfortunately, An Amber Heard & Johnny Depp Trial Movie Is Coming
Entertainment
Timothée Chalamet Stars In Dark & Dreamy 'Bones And All' Trailer
Fashion
This Y2K-Beloved Bag Is The Most Sought After Item Of 2022