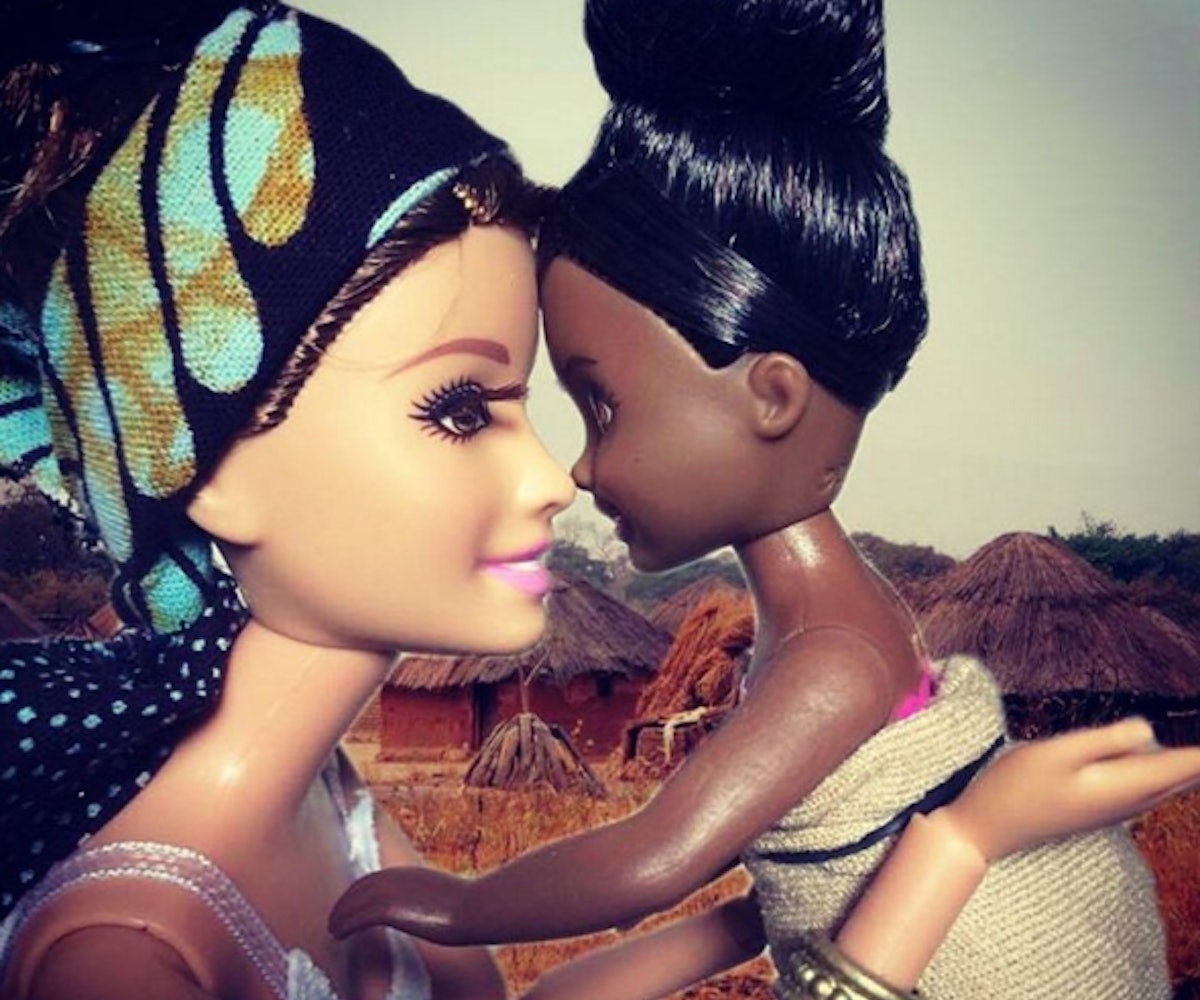 The Tumblr site Humanitarians of Tinder initially put individuals whose white privilege is near blinding on blast for bragging about their life-changing travels overseas to countries like Africa, on dating apps of all places. Now the same has been done on Instagram. Meet the most clueless of all: Barbie Savior.

While the account revolves around a plastic version of a Jesus-loving 20-something on a mission to save Africa, it is authentic in that it reflects what real people are continuing to post online. The pictures can be slightly over the top, but the captions are the thing that will kill you on impact:

I have noticed people informing me that Africa is a continent and not a country. I hope you can forgive my mistake. I have so much to learn—but I do know one thing for certain—and that is that my love for this place is bigger than ANY country! Even bigger than the country of Africa!

The hardest part of leaving home to come rescue Africa was having to part ways with my loving and supportive boyfriend, Ken. He has faithfully supported me in my mission and fully understands that right now I must put my relationship with Africa above all else, even him. I was moved to tears when he told me he got the same tattoo as me in my honor. Te amo, Ken—always and forever.

We're sure that some people are going to be offended by this display and will probably argue that there is nothing wrong with having a genuine interest in international relations or changing the world, but the complex of the white savior is real, and often clueless. Just remember, these are most likely the same people that thought the film adaptation of Stonewall told the story the white—we mean right—way. To quote Homer, "It's funny… because it's true."

The moment you start scrolling, you will be screaming with laughter and fear. (But mostly fear.) The hashtags also cut deep. We picked a few of our favorite posts from Barbie Savior's page, below.