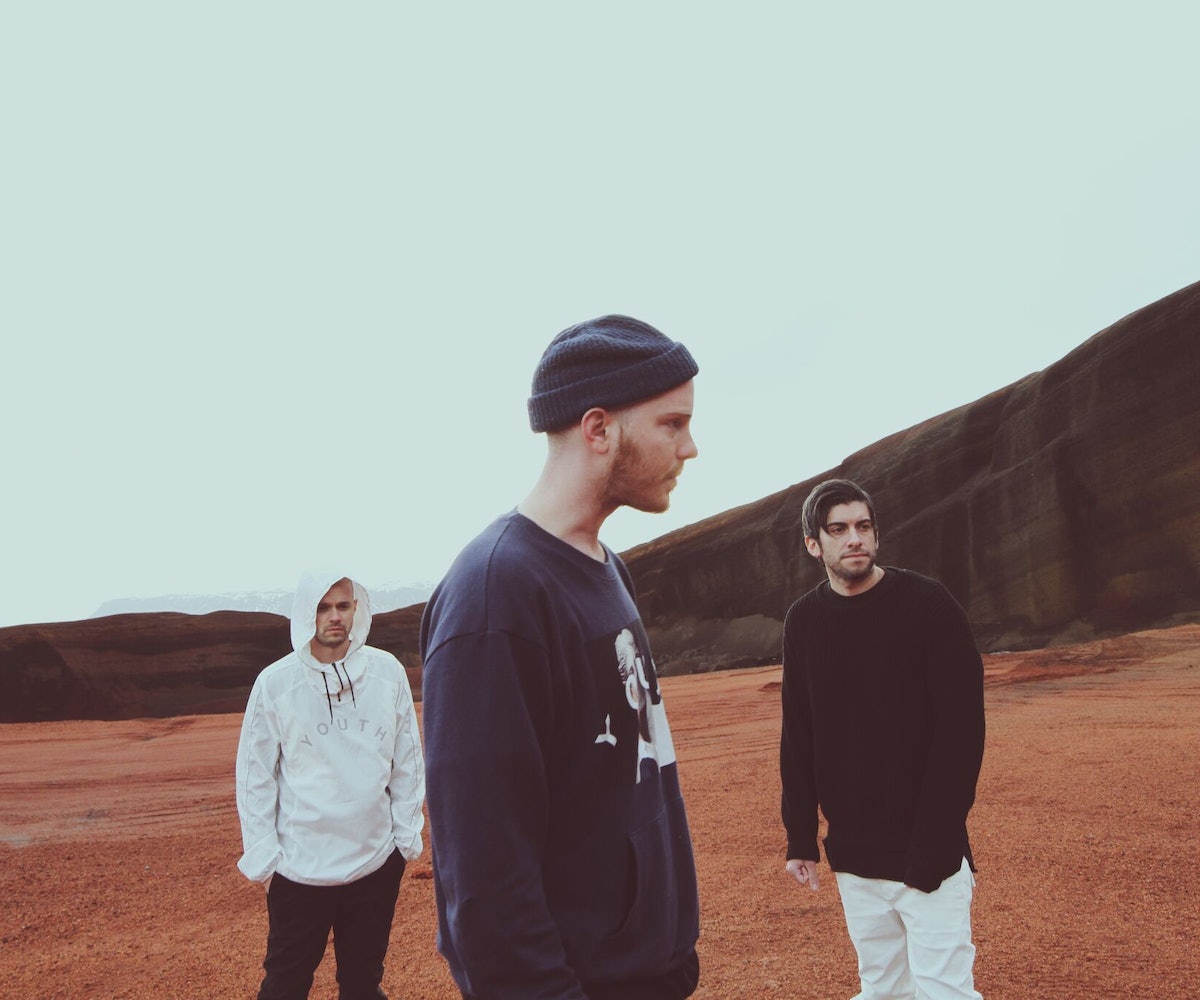 Nashville trio BASECAMP has been buzzing since they dropped their self-titled EP in 2013. At the time, critics categorized them in the electro-R&B sector, but their sound has so many more layers than any one genre can contain. Many have been quick to compare BASECAMP to Sampha, and it's understandable given that both of their rich, uncategorizable sounds emerged seemingly out of nowhere.

The experience of listening to BASECAMP is almost the equivalent of following dark clouds of smoke that eventually lead you to the flames of a blazing fire. Despite this intensity, their music still manages to feel smooth and easy.

Today, the trio is finally releasing their long-awaited In Stone EP on Skrillex's OWSLA label. We asked BASECAMP member Aaron Miller to talk us through the inspiration behind each track on the EP. Read it while you stream the entire project, below.

Based on a letter that I wrote to my best friend on her birthday, a few months after she had passed away. It's admittedly, albeit unapologetically, on the more self-indulgent side. It was important to be able to express that loss and to memorialize someone that meant so much to the three of us.

This one was at least partially inspired by where I was living at the time. This spot was kind of out in the woods. I would sit on my patio at night, which faced directly into the trees, and I would listen to all these strange sounds out in the dark. Footsteps crunching around that would grow more hesitant and cautious the closer they got to me. It would always fill me with this simultaneous sense of fear and curiosity. So yeah, that expanded into the idea of feeling lost in the darkness and desperately hoping for a potential ally but never calling out for fear of a potential enemy. The natural, almost instinctive apprehension we have to blindly trusting the world around us.

It's about a failing relationship. Being torn between wanting it to end, but being terrified to hurt the person you love. Making excuses for dragging it out to the point that you stop handling it carefully, until it's so far gone that you realize it ended a long time ago and you hurt them more trying to protect them from the truth than you would have by just being honest in the first place.

This explores fate. More specifically, the idea that no matter what you do, there are certain events and experiences that are unavoidable. The suspicion that there must be more than a string of coincidences that's brought you to where you are now. It's sort of the ongoing theme of this EP.

A more broad look at failed relationships, and how a lack of compromise can cause a rift between you and those you love. Having to accept and live with the bridges you burn.

"Too late for making amends now, and too far to throw in reverse, so we spoke our piece, then spread our disease over every inch of dirt." This one is a fight between two people that destroy everything around them. Purely competitive and ruthless. Maybe somewhat sadistic. "Can't hide, burned through all the leaves. Used up everything we had, brought the forest to its knees."