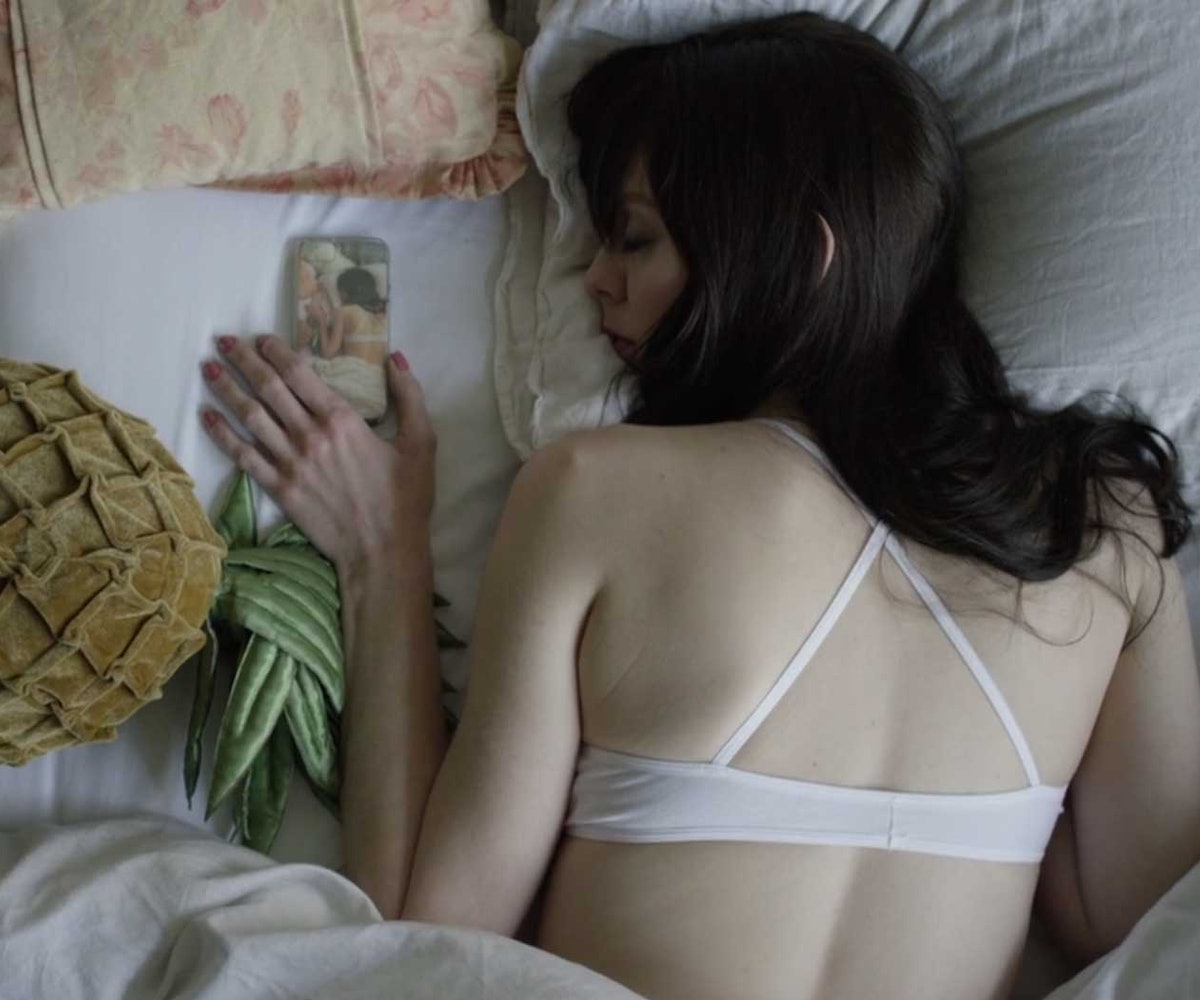 Alexi Wasser has a talent for getting just about anyone in bed. On her web series, Alexi In Bed, she's lured Ariel Pink, Father John Misty, Soko, and Sophia Amoruso into her boudoir. Now, it seems, she may have become really good at it.

In the new Zoey Grossman-directed BB Dakota short film The Escape, the writer/actress wakes up to the sound of a stranger's snores. As she assesses the situation ("I woke up like this...?") and her perfect areolas, she finds another being—this time, a ponytail, Thor-esque man—lying on her floor. Yes, she had a threesome. And, no, she doesn't remember their names. As she tries to flee the scene unnoticed and unscathed, she realizes that there's no way she can leave without waking them up. After lazing around and eating her old, unrefrigerated Chinese leftovers, she comes to a realization: The only solution is to tie together her patterned skirts and pastel dresses and escape out her bedroom window. Logic.

She grabs a Post-it note, and instead of writing "Don't text Ryan", she writes, "Dear... Australian guys, please be out by 10 a.m. XO, Alexi." In her skivvies, she shimmies her way down to the street, and realizes she forgot her shoes. But no bother—there's a hot loiterer waiting, and he's willing to give her a piggyback ride to wherever she needs. Ahh, modern, Millennial love.