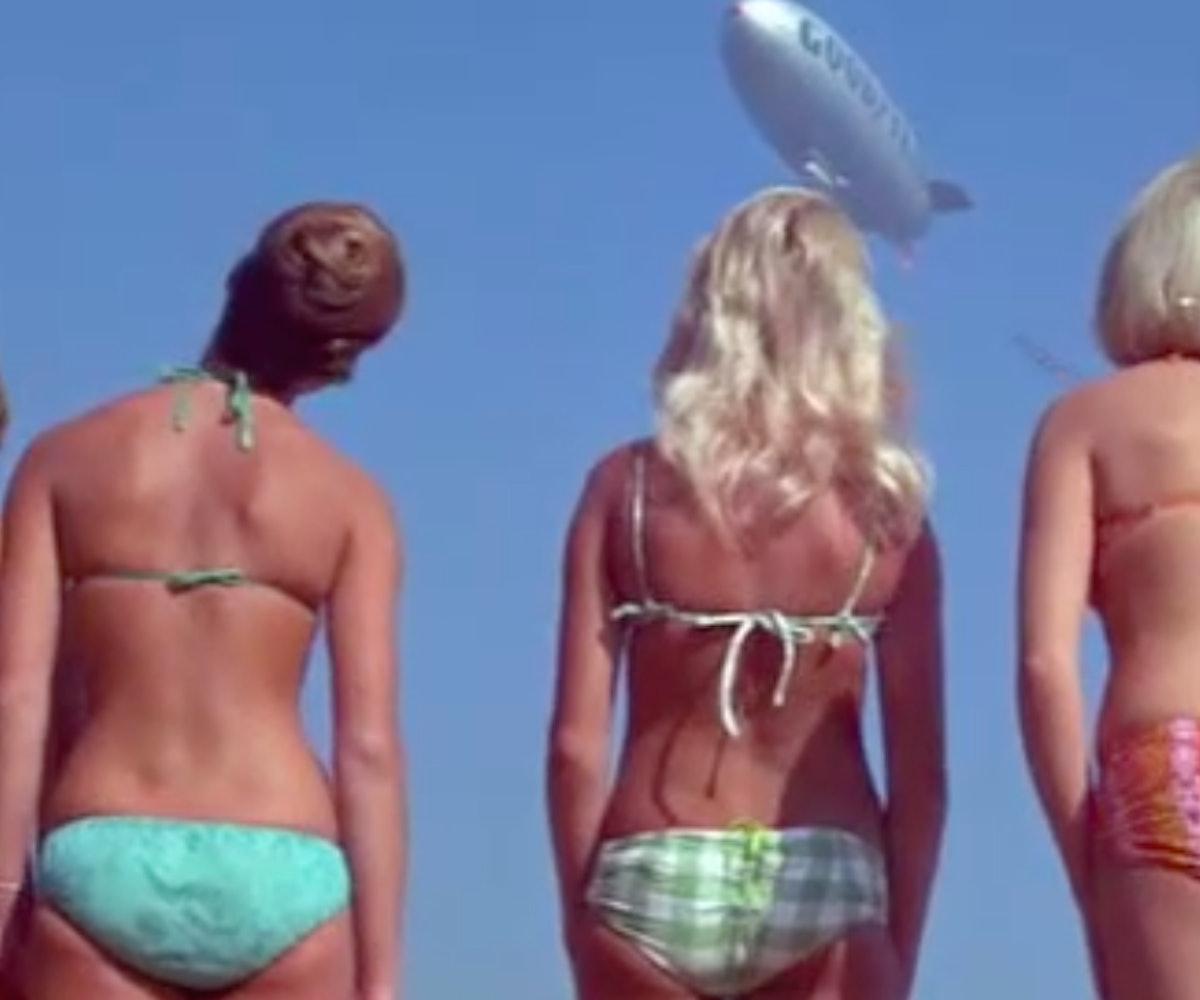 The beach party movie is one of cinema's sillier traditions. In the 1960s, Annette Funicello and Frankie Avalon drew teen viewers as they frolicked through beaches and inevitably found themselves in madcap situations. The first film, aptly titled Beach Party, was released in 1963, and the series went on to include films like Muscle Beach Party (1964) and the excellently titled How to Stuff a Wild Bikini (1965). The best-known film in the illustrious series is Beach Blanket Bingo (1965). In celebration of summer, it seems fitting to explore this beachy tale from a more innocent time.

While Beach Blanket Bingo is technically the fifth film in the series, one need not dive into the canon to get the gist of the beach party genre. There are perky teens, wily bad guys, and chaste romances. Beach Blanket Bingo's plot involves skydiving, a biker gang, a mermaid, and silent film icon Buster Keaton. The story may not make a whole lot of sense, but it's fascinating as a document of '60s kitsch, and there are some suitably fun clothes.

Bikinis are obviously of the utmost importance. The end credits even have a special "Swimsuits by" credit (shout out to DeWeese Designs of California!) The loveliness of DeWeese's designs really comes through in group shots. The bikinis are candy colored and look like the kind of thing you could buy from ModCloth today. They all have the same cut—structured top and low-cut yet full-coverage bottom—and with the slight variations in color and pattern, the spectacle recalls a contemporary girl group in their coordinated outfits.

Surprisingly, the star wears the most conservative swimsuit. Funicello's pink one-piece is closer in form to a romper than a swimsuit, and the waist-cinching belt makes it look like a real pain to put on. While it's still a cute suit, especially with the hindsight of retro fashion, it's not as carefree as expected.

The most outré swimsuit, a rigidly structured, revealing concoction with a strange mix of furry and shiny materials (which probably wouldn't be very practical for actual swimming), is worn by a dancer whose sole role is to act as a foil to Keaton's stone-faced, oversized-suited presence. The visual contrast is an obvious illustration of the generation gap.

Even if beach party films were targeted to a youth audience, they presented some modest fashions. When the romantic leads, clad in formalwear, walk on the beach, they look like they could be going to a parent-teacher conference.

The nightgowns that the girls wear have a sweetly pin-up look. Outside of lounging, though, there are more long sleeves than expected considering this is, after all, a beach movie.

The non-beach outfits feature bold, visually pleasing swaths of color. One girl even wears a red top with purplish-pink pants—a decidedly difficult combination to pull off, yet it works.

The bad guys in the film, who feel ripped from a Saturday morning cartoon, distinguish themselves with black leather jackets. It's one of the easiest visual cues for deviousness available, and the look also harkens back to youth culture of the prior decade; '50s rebellion is being replaced with the bright palette of the '60s.

The "Rats" insignia on the back of the jackets is a particularly inspired touch. The graphic is downright hipsterish, and it seems some enterprising designer should create a replica.

Of course, in the playful world of Beach Blanket Bingo, swimsuits win out over leather. While the plot is paper-thin, the tableaus of swimsuits, in luscious colors that seemed to only exist in this decade, are an enduring source of fashion inspiration.