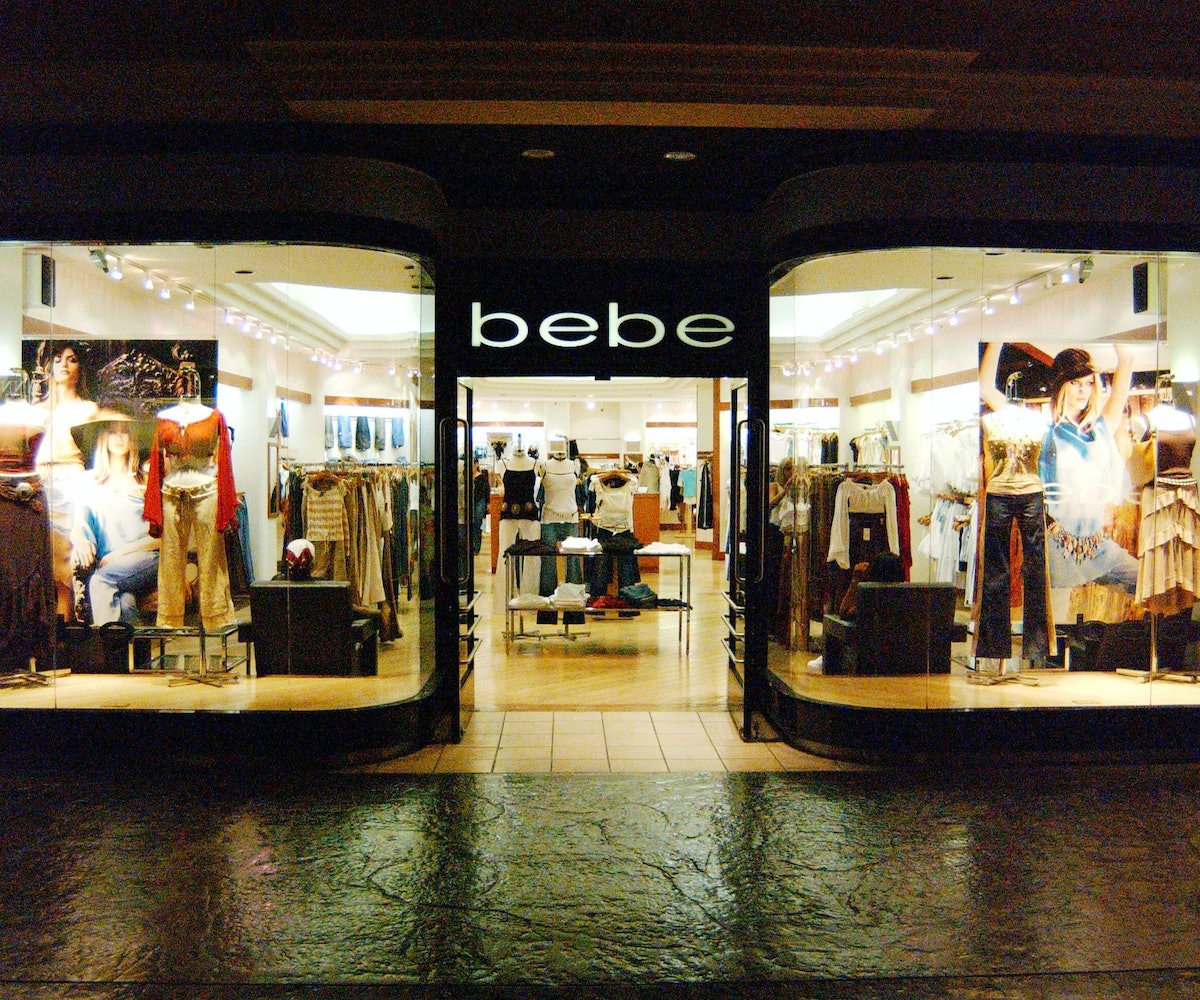 This year just hasn’t been looking good for our once-favorite mall destinations. First, Wet Seal closed its doors for good back in January and then, just days later, BCBG announced they were also shutting down all stores with efforts to focus on e-commerce, in addition to a slew of others. Now, Bebe—where we once upon a time went to stock up on rhinestone logo tees in every color of the rainbow—is the next teen favorite to take a hit. According to Bloomberg, they are currently planning to begin shutting all physical stores—about 170 of them.

While they’re allegedly trying to do this without filing for bankruptcy, it reportedly may be necessary in order to break out of difficult leases with building owners.

This doesn’t really take us by surprise, though. It’s no longer the early 2000s. As we grow older, many of us just aren’t shopping at traditional shopping malls—and neither are today’s teens. With the internet opening us all up to so many e-commerce options, why get in a car and drive to a mall when you have the world at your fingertips?

The good news for Bebe fans is that they aren’t shuttering with completely. The brand plans to remain an e-commerce shopping destination, however, with no bedazzled logo tees in site.