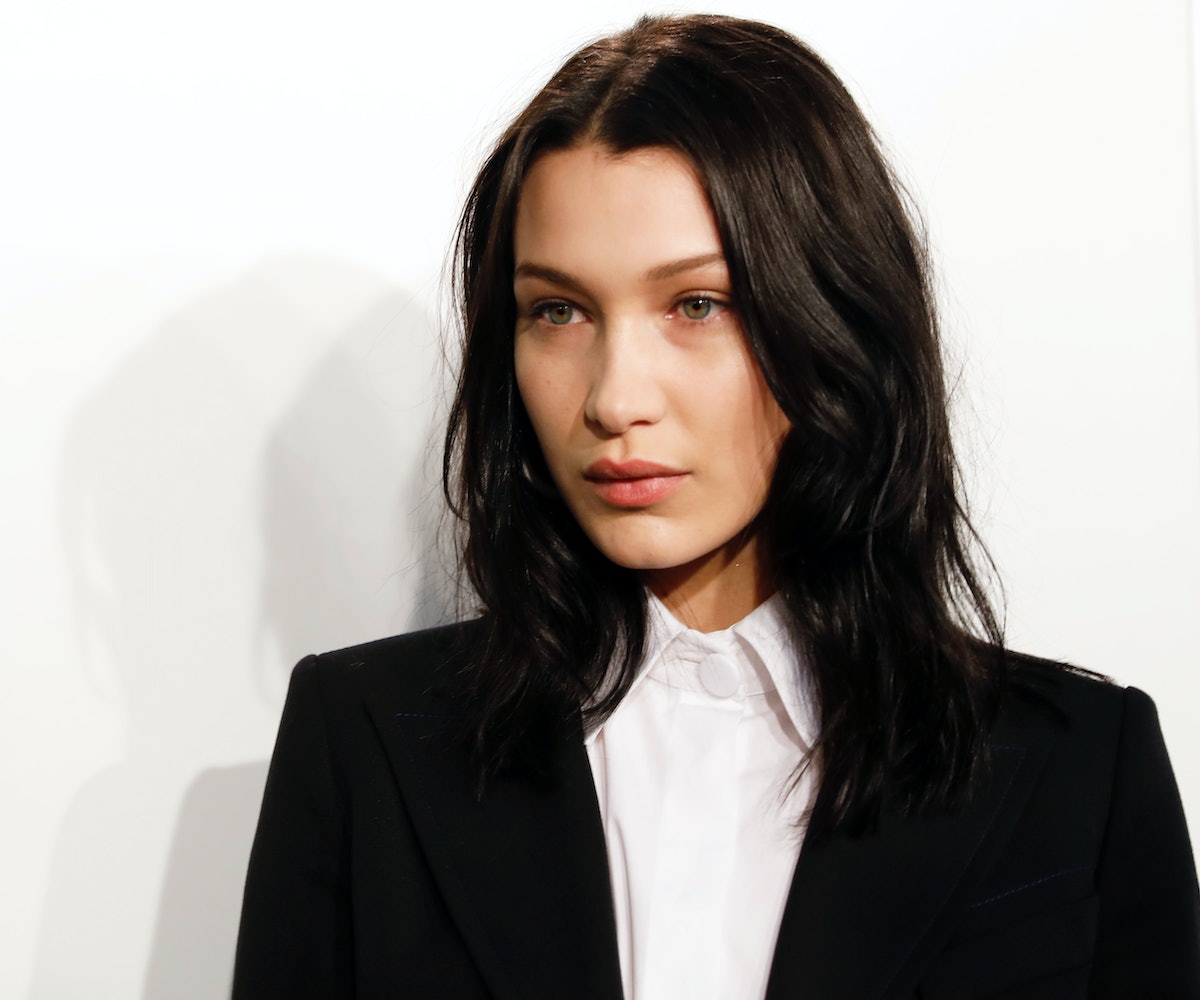 Unless you've been living under a rock, you've heard about the massive failure that was the Ja Rule-backed Fyre Festival, which crashed and burned over the past few days. The internet had a field day upon learning that the supposed luxury music festival experience costing thousands turned out to be a poorly planned catastrophe, with festival-goers stranded in the Bahamas without proper lodgings, food, or a performance by blink-182.

Part of what sold the festival as such a memorable and not-to-be-missed experience, it must be said, was the involvement of Instagram influencers and models who were apparently recruited to promote the event on their social media platforms that reach millions of followers. One of the names getting the most backlash for her involvement with the festival is Bella Hadid, who was posting content promoting the event as far back as December. She and a handful of other models (including Kylie Jenner and Hailey Baldwin) were also part of a production shoot released as a teaser for the fest.

Hadid has since acknowledged the controversy in a Twitter post, apologizing for her part in promoting the event, which she said "was not [her] project."

All jokes about privileged, wealthy kids getting "what they deserved" for shelling out $12,000 on a music festival aside, this whole ordeal sheds light on a very relevant and critical issue—the importance of labeling sponsored content as such. While many models had been asked to promote the content, according to Vanity Fair, only Emily Ratajkowski included "#ad" in her caption to indicated that it was a sponsored post.

The Federal Trade Commission has stated that they would be cracking down on posts that do not indicate promotions on influencer accounts (Hadid was named in a letter to the FTC for non-compliance on this issue last year), and this debacle of an event is a perfect example of why such regulation is needed.

While it's easy to blame people's excess as the reason for getting themselves into this mess, it must be said that there is an allure of attending an event or using a product promoted by a celebrity you like and trust. If an influencer has been paid to promote an item or event, fans will follow, and they have a right to know if that recommendation has a paycheck behind it.

So, while the disastrous event wasn't Hadid's (or her team's) fault, not knowing or fully investigating what her name was attached to certainly was, as well as neglecting to share along the way that she was promoting it as #sponcon. Instagram influencers—it's a wild world out there.