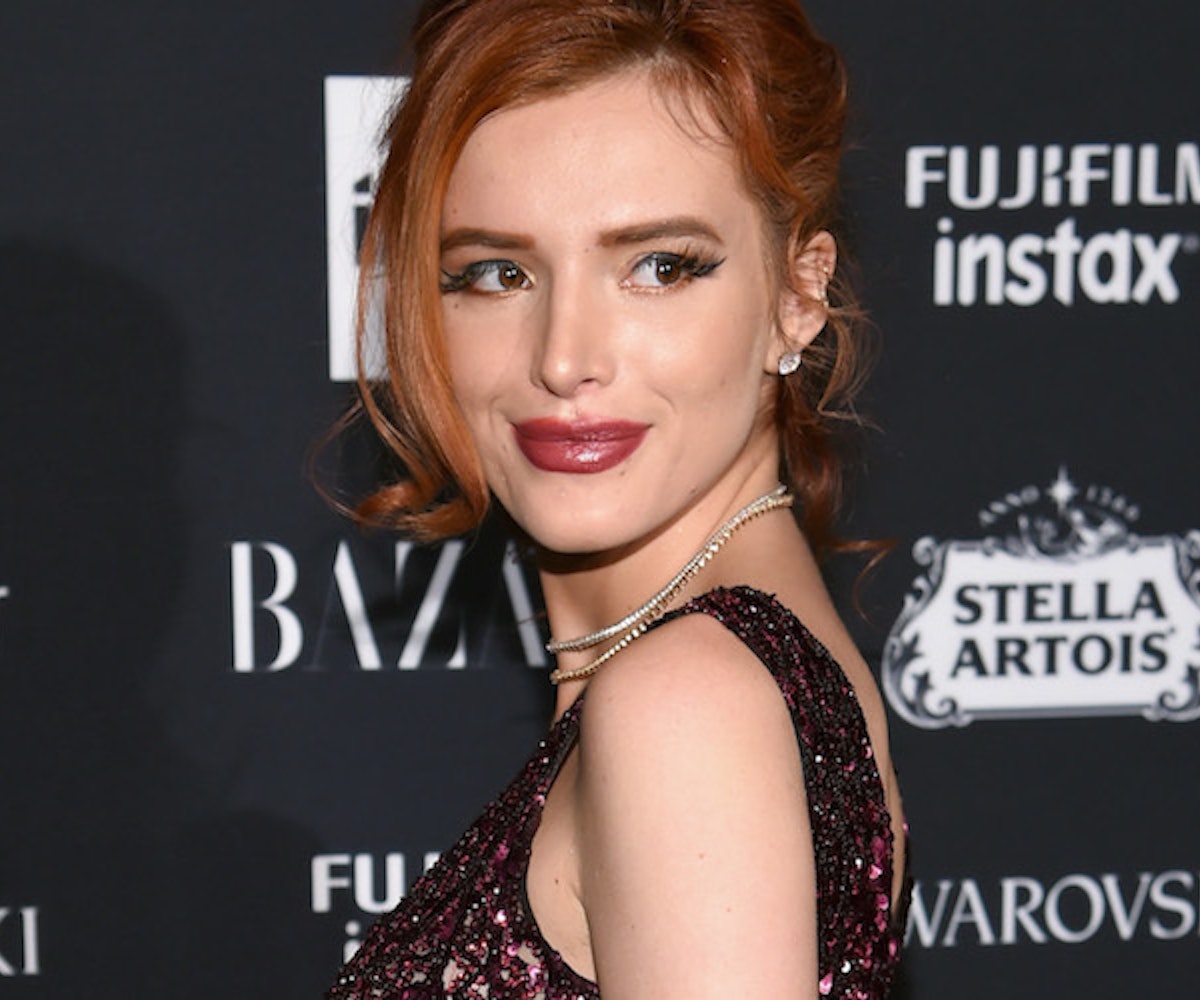 Last night’s Golden Globes proved to be a powerful evening. Through empowering speeches and the absence of color on the red carpet, women of Hollywood protested sexual assault, harassment, and gender inequality in entertainment and other industries worldwide.

While Bella Thorne wasn’t in attendance at last night’s awards ceremony to wear an all-black ensemble in solidarity with her female peers, the movement compelled her to share a #TimesUp story of her own. On Twitter and Instagram, Thorne wrote a heartbreaking story of sexual abuse that took place from "the day I can remember till I was 14."

She explained that while, for her, it eventually stopped, “some of us aren’t as lucky to get out alive.” She then called upon her followers to stand up for every person that’s been mistreated. You can read the full post, below:

She shared the same image on her Twitter, writing, “I never knew what was right or wrong growing up..I didn’t know the person sneaking into my bedroom at night was a bad person. #timesup.”

It’s not easy sharing these stories, especially to millions of followers, so we applaud her for her bravery. The more vocal we are, the more likely we are to end sexual assault and harassment for good.

NEXT UP
Culture
Not One, But Two BTS Documentaries Are Coming
Astrology
Get To Know Sagittarius, Astrology’s Wild Child
Life
NYLON Daily Newsletter: November 29, 2922
Fashion
Reformation & Canada Goose Team Up To Warm You Up