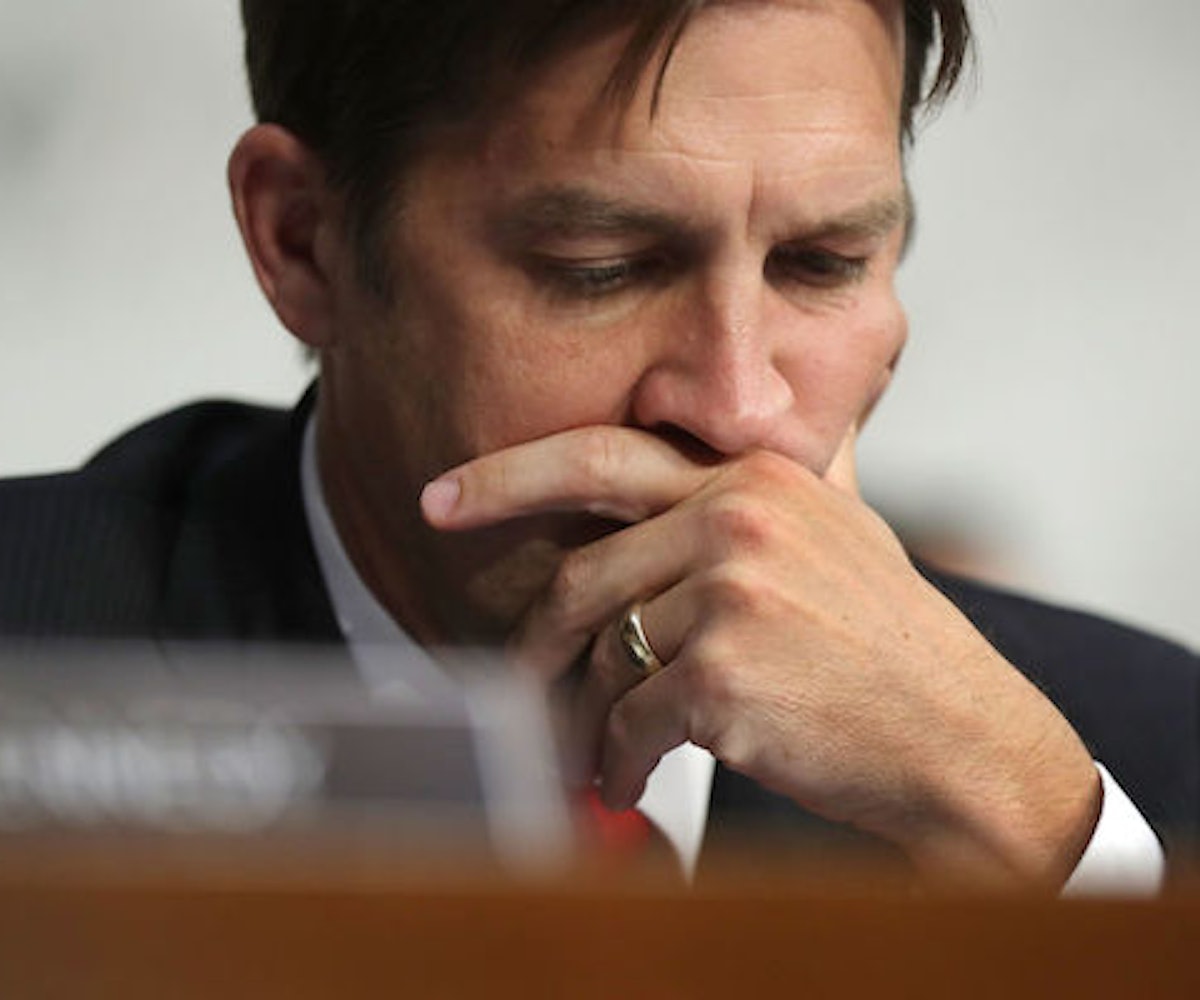 Someone out there really has it out for Nebraska Senator Ben Sasse. Recently—and not for the first time—the Republican Congressman has been signed up across multiple email addresses for numerous newsletters relating to everyone's least-favorite band, Nickelback. Yesterday on Twitter, Sasse stated that his personal, work, and "obsolete" emails are now receiving promotional and fan newsletters about the band and declaring "It's. Not. Funny."

Except the Senator probably does think it's funny because he tweets about Nickelback all the time.

This joke went on and on until it felt like a dad joke.

Then he brought The Cat in the Hat into it.

This one is actually kind of funny.

And these we'll categorize under "potpourri."

Even though making fun of Nickelback has somehow been an evergreen joke for years, reading through all of these tweets totally kills it. Like we want to roll our collective eyes and give a big, "Thanks, Dad. You ruined it." But you know what, you go do you, Sen. Sasse. You revel in those Nickelback mailing lists that most certainly delight you. And maybe hook your buddy Paul Ryan up with a copy of Silver Side Up—even though he probably doesn't listen to Papa Roach after all, we bet his car jams could use some help.