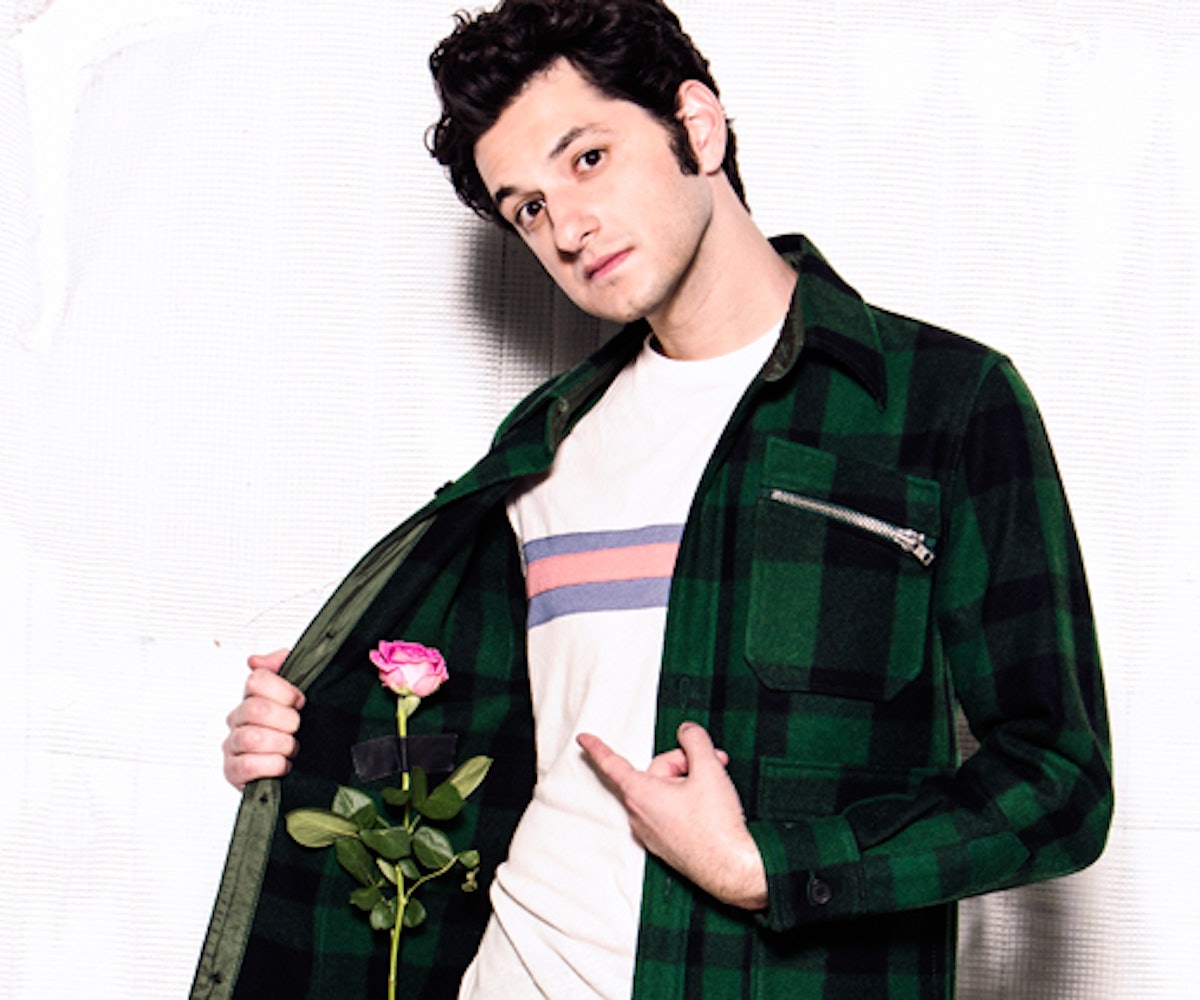 Ben Schwartz pauses, unsure of what to order.

The actor-comedian-writer rests his hand on a bottle of kombucha, that fermented, neo-hippie, effervescent tea. He raises an eyebrow, and asks the barista at the little café on Melrose Place in West Hollywood if it’s good, before warily deciding to try it. I warn him that the beverage is an acquired taste as we walk to a nearby bench. We sit, and I watch him pop the top and give it a whiff. “This smells fucking terrible,” he says, his nose flared. “I don’t know how this is going to go.” He takes a swig. And makes the kind of grimace that you’d expect from any first-timer.

Schwartz doesn’t have all that much in common with kombucha. But just like the probiotic swill itself, the 33-year-old triple threat, too, has an inherent sweetness punctured by something wry and angular. He’s rangy, able to cover everything from the brilliantly absurd, and hugely popular, Jean-Ralphio on the NBC sitcom Parks and Recreation to the brash, sneaky Clyde Oberholt on Showtime’s business-world dramedy House of Lies to co-starring with Jason Bateman and Tina Fey in last September’s This Is Where I Leave You as a rabbi named “Boner.”

Raised in the Bronx, the current Angeleno cut his teeth as an intern at Upright Citizens Brigade and as a page at Late Show With David Letterman before finally wedging his foot in the door with a few monologue jokes for the show. In New York, he scored some small film roles and writing jobs, before realizing that if he were ever going to make a career of comedy, he’d have to relocate to Hollywood. Within a week of arriving, Schwartz had booked a movie with Sarah Silverman (Peep World), a pilot for a Mitch Hurwitz sitcom, and a gig co-writing the Emmy-winning opening number for Hugh Jackman’s hosting turn at the Oscars. “It’s in my apartment,” he says of the prime-time television award. “Nobody knows I have it.”

Someone must have found out, because soon after, Schwartz was in demand as a comedy writer. He sold a script to Universal and started punching up big-budget action movies with the jokes he honed writing for the Late Show. The acting continued to flourish, too—alongside his other roles, he started to pick up fans for his guest-starring turn on NBC’s Parks and Recreation as Jean-Ralphio. “I was at a store in a mall in my hometown and some girl freaked out so much that her manager made her go to the back,” says Schwartz. “I was with my best friend in the world, and he goes, ‘You asshole. You don’t deserve that.’”

These days, the worlds of acting and writing are finally converging for Schwartz. After scoring a bit role in Seth Rogen and James Franco’s ill-fated The Interview, Schwartz pitched a movie idea to Anchorman director Adam McKay, who loved it and signed on to produce, bringing Rogen on to the project. (Rogen will be co-producing the film in addition to starring in it.) He can’t say much about the movie, but he does describe the philosophy behind his writing: “I’ll write a 26-page, single-spaced outline—every single thing that happens in the movie. I have notes on my iPhone—pages and pages—it could be a line of dialogue, or a character that only rides around on roller skates. Then you can build on that with something like—because his sister passed away. I like to put normal human beings in extraordinary circumstances.”

He takes a final swig of kombucha, declares that it has, in fact, grown on him, and heads back to his nearby apartment to write, leaving me to reflect on his last statement: A normalhuman being in an extraordinary circumstance. That sounds about right.