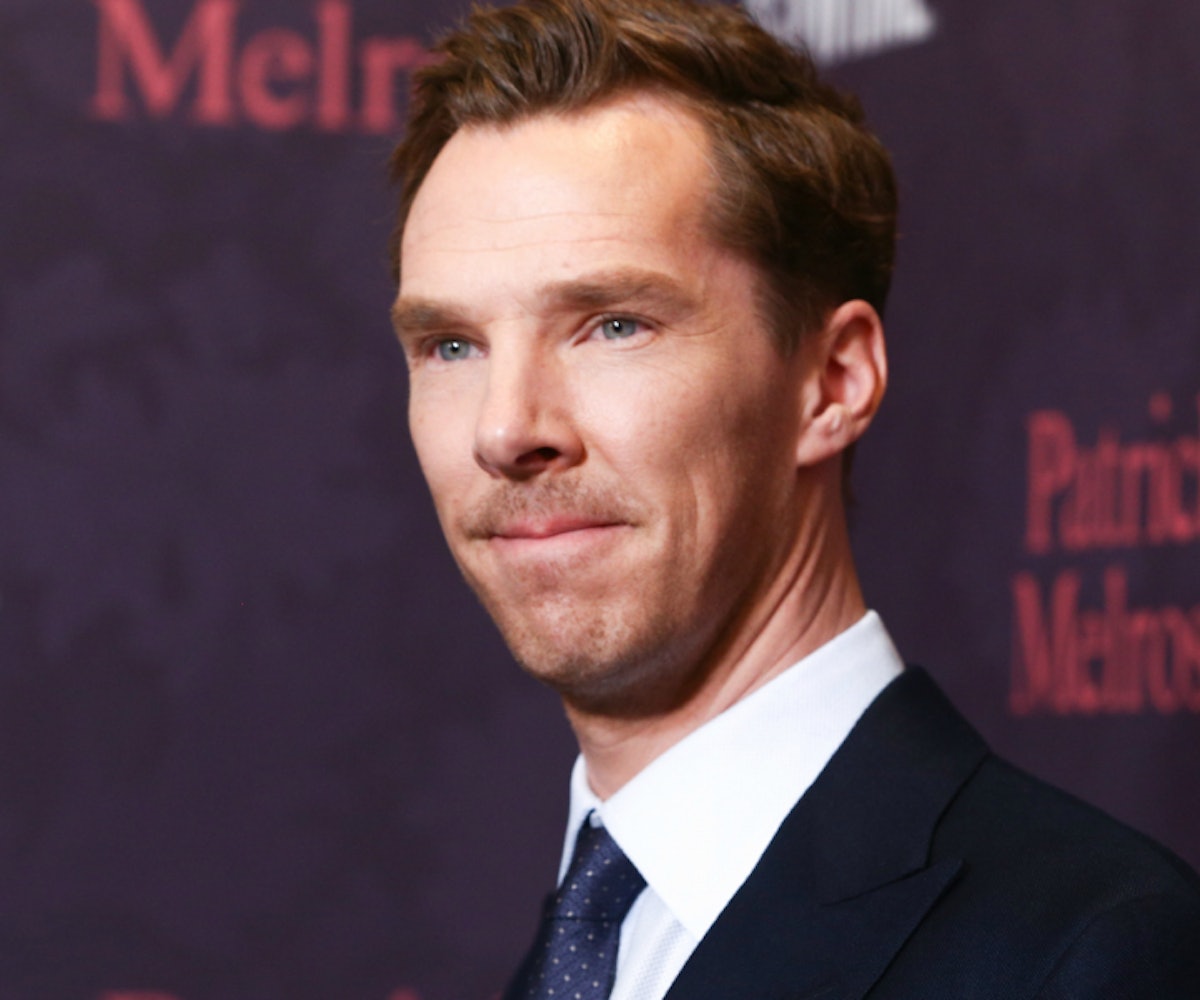 Photo by Rich Fury/Getty Images
by Brittney Morgan
May 14, 2018

Benedict Cumberbatch is taking a stand on equal pay—and using his privilege as a white man in Hollywood to try and make it happen.

In a recent interview with Radio Times magazine, Cumberbatch talked about feminism and his new production company, SunnyMarch. "Equal pay and a place at the table are the central tenets of feminism," the actor explained, noting that he wouldn't be accepting roles unless his female co-stars are paid equally—and that others should do the same.

"Look at your quotas," Cumberbatch said. "Ask what women are being paid, and say: 'If she’s not paid the same as the men, I’m not doing it.'"

His statement echoes Frances McDormand's Oscars speech about inclusion riders—a clause actors can include in their contracts that means that the projects they sign onto have to be inclusive and representative of women, people of color, people in the LGBTQ+ community, and people with disabilities, according to Vanity Fair.

Cumberbatch also said that he's glad that he and business partner Adam Ackland are the only men at his production company, explaining that he wants to turn attention to women-centric projects.

Our next project is a female story with a female lens about motherhood, in a time of environmental disaster. If it’s centred around my name, to get investors, then we can use that attention for a raft of female projects. Half the audience is female!

Here's hoping more actors follow suit and fight for women—especially women of color—and other marginalized people to get equal pay.