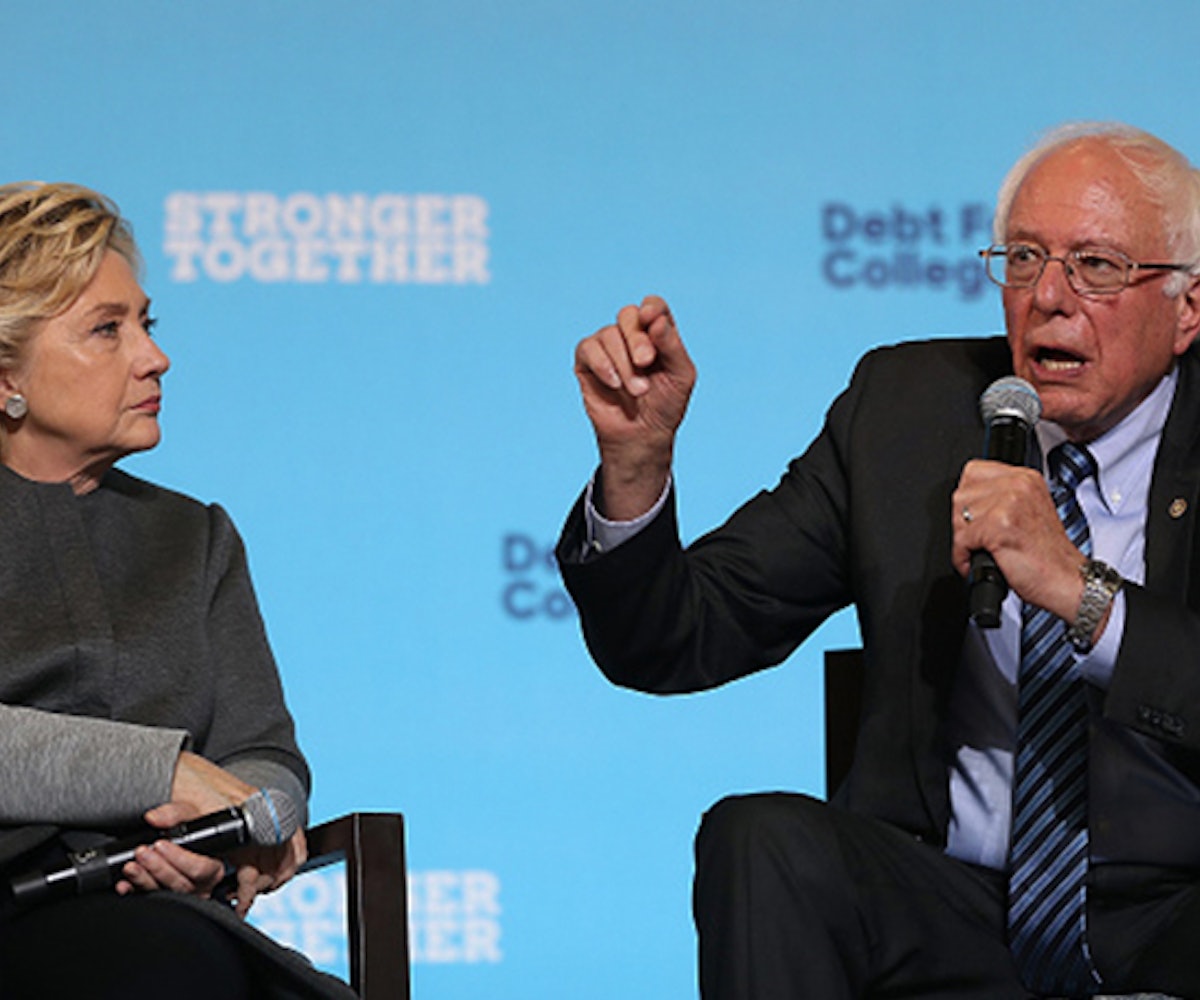 "Can Hillary Clinton Please Go Quietly Into The Night?" reads a headline in Vanity Fair following Clinton's loss in the 2016 election. There was also a USA Today story that asked her to "please stop talking" about the election, a phrase most women are all too familiar with. You won't find these kinds of headlines about Bernie Sanders, who lost the primary in 2016. "Bernie Sanders's Campaign Isn't Over Yet," reads the title of a piece published today in The New Yorker. Clinton's relentlessness is viewed as a negative, while it's considered Sanders' "great political gift."

We live in a culture where men are encouraged to be ruthless, and women are told to be quiet. Just as America wasn't ready for its first female president, it apparently wasn't ready for its first female losing candidate. Not long after the election, a story was published about Clinton with a photo of her sitting alone at a table on her phone. "Losing a Presidential Bid Looks a Lot Like Getting Dumped," the headline reads. The media couldn't help but treat Clinton like some damsel in distress, regardless of how far she'd come in her political career and how dangerously close she came to shattering the highest, hardest glass ceiling in the world.

The author of the Vanity Fair piece asks Clinton to slink off into the night to be never heard from again because he was frustrated that she dared to make public appearances and speak frankly about her disdain for Trump. He questions how much she loves her country, despite dedicating her whole life to it. He criticizes her for starting her nonprofit, Onward Together, writing, “It’s up to the rest of us to figure out if we approve.” Only it isn’t. It never was anybody’s responsibility to approve of what Clinton does, or what any woman does for that matter, and yet men still seem to think it is. In his piece, he says Sanders is on a “crusade for a distinctive cause,” and Clinton is just talking nonsense.

There is an entire book dedicated to how Clinton is “unlikable.” She’s spent her entire life trying to conform to others’ standards—encouraged to cut her hair, take on her husband’s name, apologize more. And because she dared to leave her house and open her mouth post-election, she’s the subject of nothing but contempt and vitriol. Because she didn’t get on her knees and beg for absolution after losing the election, she’s criticized for passing the buck.

The idea that Clinton having a political presence somehow holds an entire party back only enforces the idea that there can be one successful woman and other women should see her as competition. Meanwhile, male politicians are applauded for refusing to back down, always speaking up, and never ceasing to grab the spotlight.