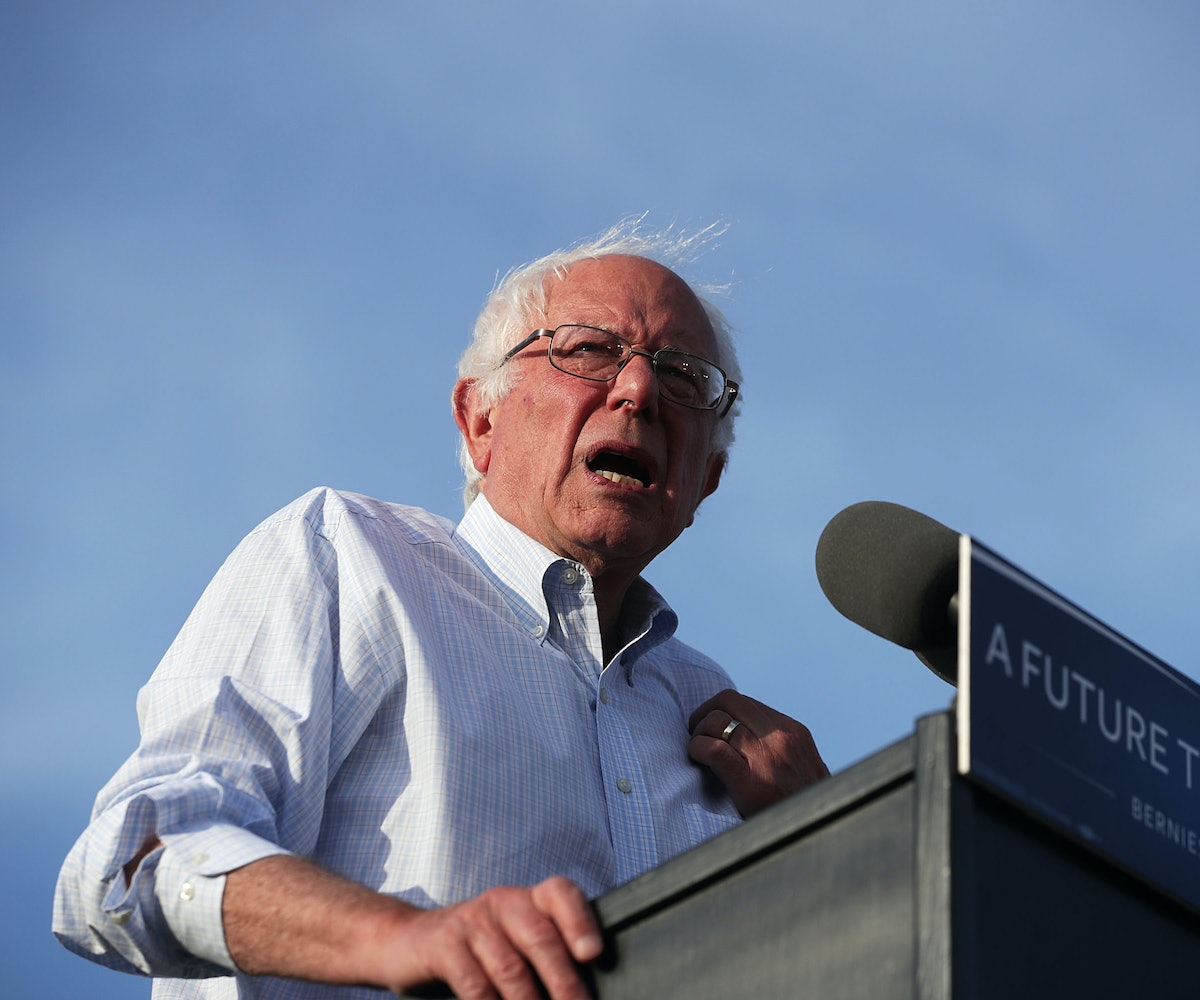 Following a grueling and intensely fought primary, the Democratic Party is finally coming together like Voltron. While Bernie Sanders has yet to officially relinquish his bid to become the President of the United States, in what seemed unthinkable just a few weeks ago, he has pledged to work alongside Hillary Clinton to stop Donald Trump from ever getting near the White House. And while it's still not an official concession, it's a start. Sanders took to Twitter to inform his supporters and the country about his newly supportive position.

There, he said it. Bernie and Hillary, joining forces to defeat a greater evil. "The major political task that we face in the next five months is to make certain that Donald Trump is defeated and defeated badly," Sanders told his supporters in an online address. "And I personally intend to begin my role in that process in a very short period of time." What exactly that role will entail remains to be seen, but Sanders' main task will be convincing his supporters that Hillary Clinton is not the corrupt warmonger he so vigorously portrayed her as over the last few months. That process begins with an official endorsement, which Sanders has yet to give.

Sanders reminded his supporters that they will still be a force at the Democratic National Convention next month. "We must continue our grassroots efforts to create the America that we know we can become," he said. "And we must take that energy into the Democratic National Convention on July 25 in Philadelphia where we will have more then 1,900 delegates."

His reluctance to go all-in behind Hillary is a stark contrast to her own support of Barack Obama following the 2008 Democratic primary. Back then, her endorsement and full-fledged backing of the young candidate helped him eventually defeat John McCain and probably was a big reason why she ended up in Obama's cabinet as Secretary of State. We're all for Bernie working alongside Hillary to stop Trump, but at this point action will speak louder than tweets.