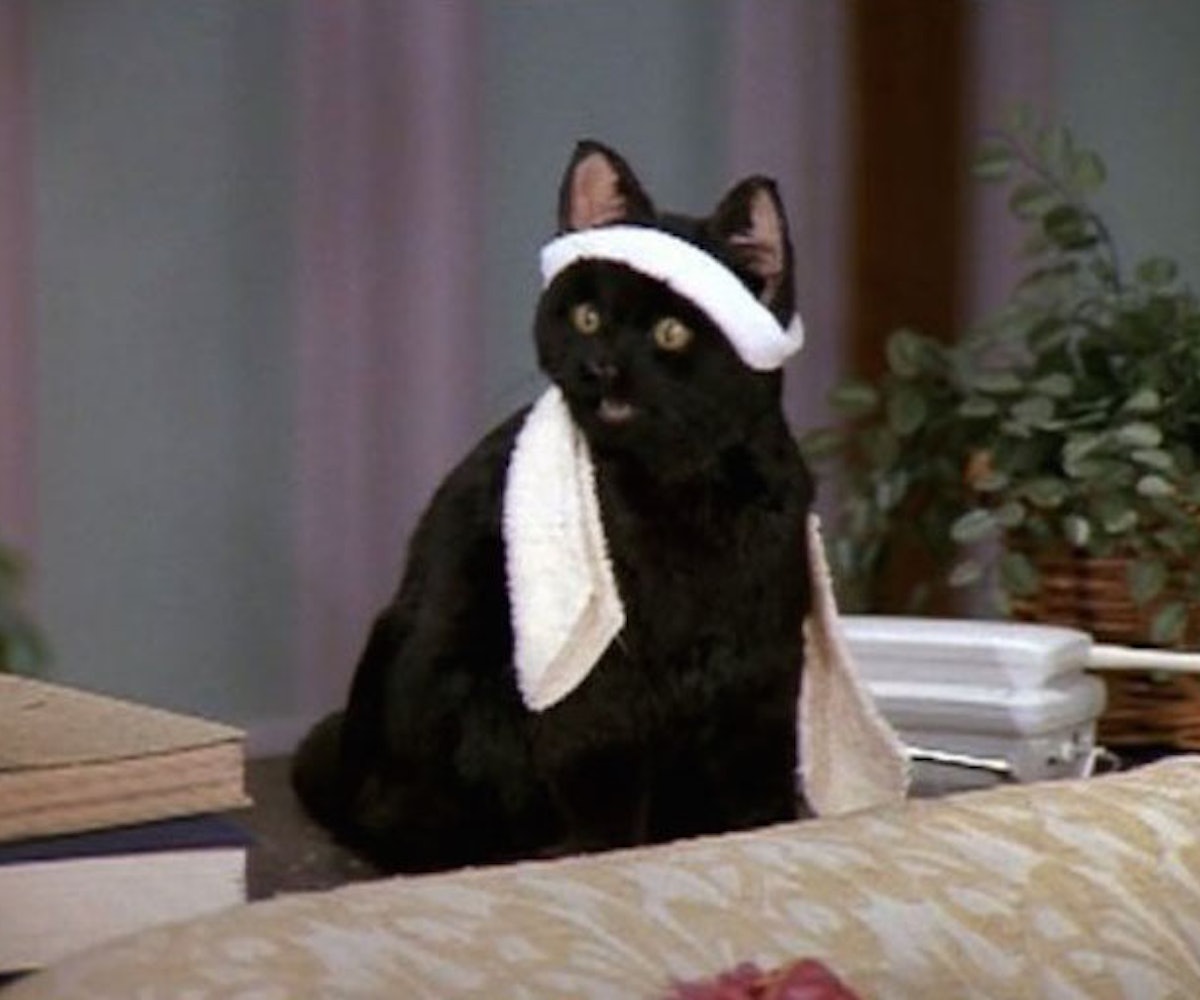 While we love our best friends just as much as the next person, there are times when we just want to crash, remove ourselves from society, and curl up with our pets. In these times, we realize that animals are, indeed, some of the best beings on the planet. But, really, when you look at it, TV and film has been teaching us this since what seems like day one. From Disney flicks to more adult films, it seems like behind every hero and villain, there is a kickass furry (and sometimes not) partner-in-crime. Click through the gallery to see our top 20 picks for the best of all-time.

RUFUS FROM KIM POSSIBLENot only has Rufus brought awareness to the fact that there is, indeed, such a thing as a "naked mole rat," but he also provided the right kind of comic relief and some good old-fashioned ass-kicking when necessary.

SCOOBY DOOIn reality, the other members of the Mystery Gang could have just hung around in their van and waited for Scooby to uncover the villain himself. He always did.

HEDWIG FROM HARRY POTTERSure, he wasn't the most colorful wizard pet (we think Ron's Scabbers/Peter Pettigrew takes that prize), but he was certainly one of the most stable beings in Harry's life.

MUSHU FROM MULANSent to protect and guide Mulan, Mushu has his flaws (at the start, he's only concerned about getting back in good standing with the elder spirits), but realizes the error of his ways, in the most lovable way.

DUG FROM UPHe was only hiding under the porch because he loved you.

TOTO FROM THE WIZARD OF OZIf not for Toto and Miss Gulch's threat to take him away, Dorothy's Oz journey (and her subsequent realization that "there's no place like home") would have never been.

DIREWOLVES FROM GAME OF THRONESWithout a doubt the most badass of all animal sidekicks, there's no doubt that they are the Starks' greatest protectors.

SALEM SABERHAGEN FROM SABRINA THE TEENAGE WITCHSalem has it all: Alliteration, reincarnation, nine lives, and a quick wit that can charm just about anyone.

SEBASTIAN FROM THE LITTLE MERMAIDSure, he's anxious and overbearing, but he kind of was Ariel's true, forgiving father figure—those traits were pretty much mandatory.

FLOUNDER FROM THE LITTLE MERMAIDEven though he is by nature terrified of a lot of underwater happenings, Flounder always came through for Ariel whenever she needed him most.

BRIAN FROM FAMILY GUYSarcastic, adventurous, and wildly inappropriate, Brian was really just another member of the Griffin family. Plus, we could totally imagine our own dogs acting exactly like him nowadays.

BINX FROM HOCUS POCUSBinx had tried his best to protect young boys and girls from the Sanderson sisters since the Salem Witch Trials. And although he couldn't stop Max from lighting the candle that resurrected them, he did do his best to help save Dani. Plus, the ending is the sweetest.

ABU FROM ALADDINSure, he's a thief, but he's a damn loyal one.

STITCH FROM LILO AND STITCHTo be honest, we're not sure that Stitch can technically be considered an animal. Also, we're almost certain that Lilo was essentially Stitch's sidekick, but much like the other picks in this list, Stitch taught us many a lesson about how to unleash our more wild side.

ZERO FROM THE NIGHTMARE BEFORE CHRISTMASDespite the fact that he's a ghost, Zero isn't the darkest sidekick on our list—he's actually probably one of the most cheerful. He's basically the one constant light in Tim Burton's macabre classic.

MR. BIGGLESWORTH FROM AUSTIN POWERSAre you truly a villain without a well-behaved-yet-terrifying hairless cat?

GUS + JAQ FROM CINDERELLAThey're both each other's sidekick and Cinderella's support system/rodent fairy godfathers—they definitely get extra points for that.

TIMON AND PUMBAA FROM THE LION KINGWithout them, we would probably never have heard the term "Hakuna Matata." That one phrase, and its accompanying song, has essentially become a movement. We all still have worries, but it's still a good mantra.

NEXT UP
Astrology
Your February 2023 Horoscope Is A Breath Of Fresh Air
Entertainment
Bad Bunny, Lizzo, Kim Petras Will Perform At The 2023 Grammys
Culture
Paris Hilton Welcomes A Baby Boy
culture
Anna Delvey Is Getting A Reality TV Show