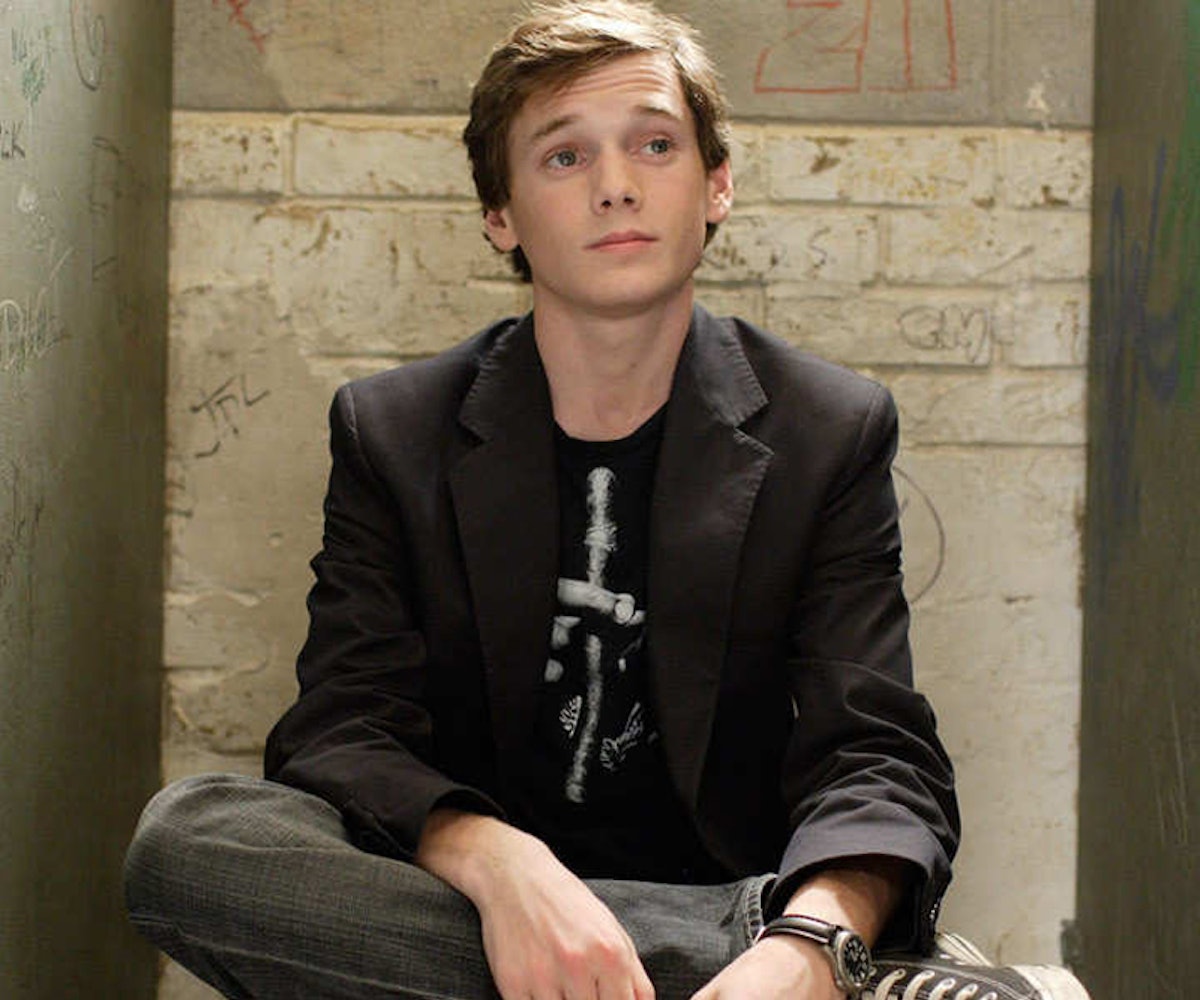 Early Sunday morning, a tragic freak accident took Anton Yelchin's life. Although he was only 27 years old, the actor made a massive mark on the film industry, bringing an offbeat charm and silent omniscience to his roles. In his nearly two-decade-long career, he chose stories not for their mainstream appeal, but for their compelling, challenging subject matter—something that most in Hollywood are afraid to do.

Ahead, we remember Yelchin by revisiting some of his greatest films.

It takes a great talent to appear opposite Anthony Hopkins. At only 12 years old, Yelchin brought incredible emotion, intelligence, and presence to the film.

Based on the alleged crimes of Jesse James Hollywood, Alpha Dog follows drug dealer Johnny Truelove (played by Emile Hirsch) as he kidnaps the younger brother (Yelchin's character, Zack) of someone who owes him money for ransom. Instead of acting like a victim, the innocent 15-year-old Zack uses his time with Truelove to engage in sex, drugs, and what he believes to be friendship.

You know those movies where the too-smart-for-his-own-good loner finally wins and dominates high school? Well, if you haven't seen Charlie Bartlett yet, that's the most basic way to describe the film. Yelchin plays the movie's titular character, who becomes the school's resident psychiatrist after getting kicked out of a string of private schools. Instead of playing the overtly smug rich kid, Yelchin created a lovable anti-hero that sets the film apart from other high school films.

Remakes are always iffy, but Yelchin, who played Pavel Chekov in the film's series, helped bring the classic's latest iteration to life. As director J.J. Abrams wrote in response to his passing, "Anton, you were brilliant. You were kind. You were funny as hell, and supremely talented. And you weren’t here nearly long enough." His costar Zachary Quinto also wrote, "our dear friend. our comrade. our anton. one of the most open and intellectually curious people i have ever had the pleasure to know. so enormously talented and generous of heart. wise beyond his years. and gone before his time. all love and strength to his family at this impossible time of grief."

Alongside Felicity Jones, Yelchin helped bring one of the most heartbreaking narratives of present-day love to life. If you haven't watched this film yet, do so immediately. Make sure to keep a box of tissues close.

Yelchin's latest film, Green Room, follows a punk rock band as they fight a group of neo-Nazis. As the film's director, Jeremy Saulnier, told IndieWire following the news of Yelchin's passing, "Anton was a dream. He was kind and sharp and as sincere as anyone I’ve ever known. Our collaboration on Green Room was our first and, until the devastating news of his passing, wouldn’t have been our last. I put a lot on his shoulders when I asked him to play my lead, but he carried the cinematic weight like a goddamn champion. Not only did he bring a delicate balance of tragic vulnerability and intense physicality to his character onscreen, he offered his unending generosity and patience offscreen."

In a time where less than amazing vampire stories have dominated mainstream film and literature, Jim Jarmusch's Only Lovers Left Alive somehow single-handedly redeemed the mystique and intrigue associated with the mythical beings. Though Yelchin played a supporting character to Tilda Swinton's Eve and Tom Hiddleston's Adam, he undoubtedly contributed to the film's offbeat nature.