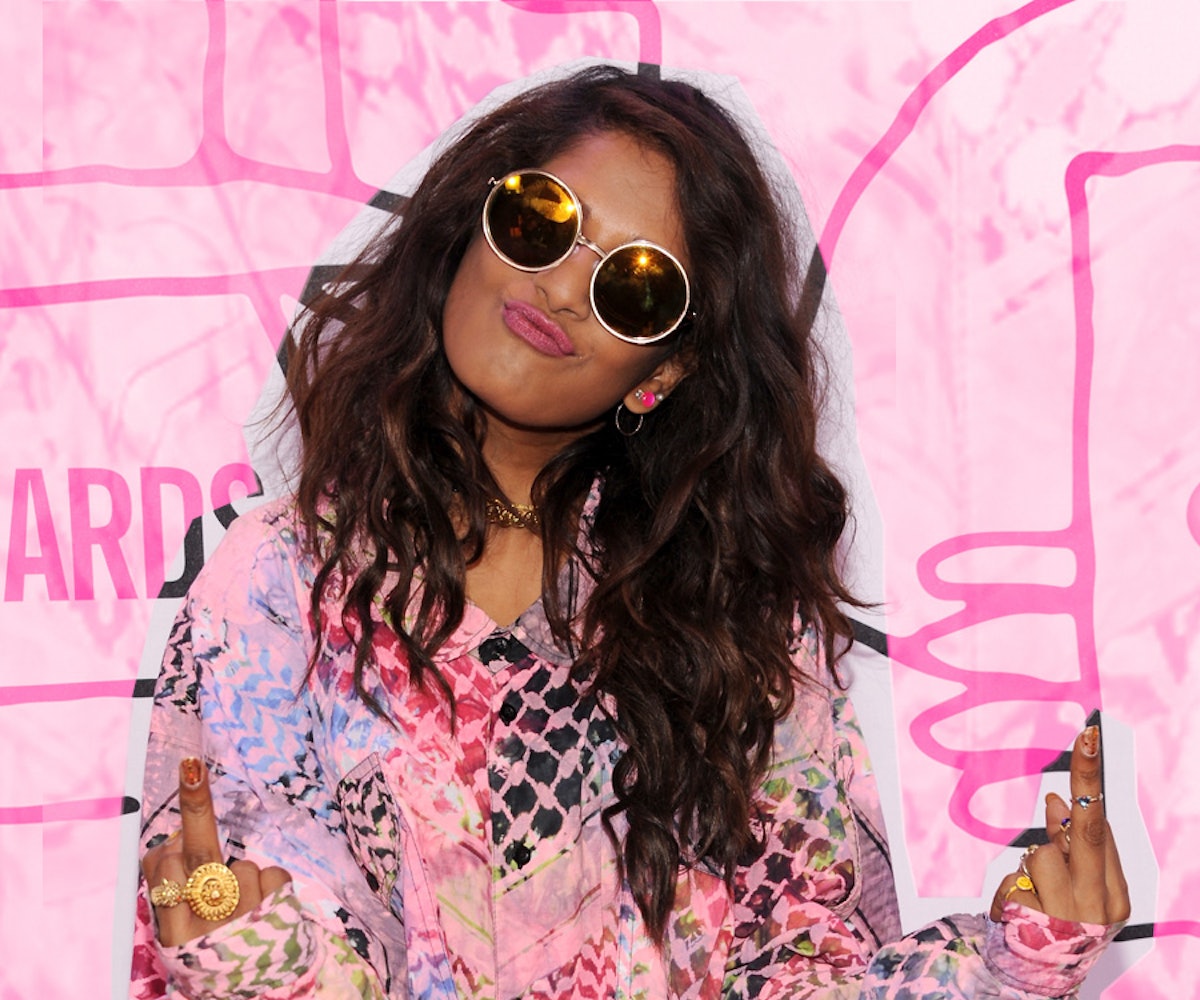 M.I.A. has remained one of the most reactionary, volatile forces in the entertainment industry. From day one, she has catered to the underground revolutionaries and hasn't diluted her beliefs for mainstream success. She has completely changed the sonic landscape and paved the way for more experimental, diverse music.

Her music confronts the idea of the "other." And as a refugee herself, she has used her platform to bring major attention to immigration politics, genocide, the current refugee crisis, and what she declares the "Third World Democracy." Even outside of the music itself, she has become a hotbed for controversy. She has continuously fought back against censorship and advocated for freedom of expression. She has also said some things that are hard to agree with (see: her comments on the #BlackLivesMatter movement).

Whether or not you're a fan of her work, there's no denying that M.I.A. has had a huge impact on culture. In honor of her 41st birthday, we visit her most impactful lyrics and the effect they've had.

M.I.A.'s first single from her debut album Arular, "Pull Up the People," confronted tensions between the public and government. During the time of its release, the United States was two years into the Iraq war, with many growing increasingly frustrated with the Bush administration.

MTV refused to air the "Sunflowers" music video in the United States after the singer declined to cut these lyrics. (The United States considers the Palestine Liberation Organization a terrorist group.) When asked about the song, M.I.A. said, "'Sunshowers' is about how in the news the world is being divided into good and evil with this axis of evil and terrorism thing, so the song is asking: How can we talk about gun culture and other issues while [Tony] Blair is preaching that if someone hits us, we should hit back twice as hard?"

M.I.A.'s "Bad Girls" is an ode to female empowerment. The song's lyric "My chain hits my chest when I'm banging on the dashboard" and the song's video also offer a commentary about Saudi Arabia's ban on female driving.

Her latest album, Matangi, was controversial for many reasons, one of which being how she says people call her Matangi, the Hindu goddess that controls speech, art, and music. "Bring the Noize" explores freedom of speech and the importance of speaking out loudly and boldly.

The titular track of her 2013 album, "MATANGI" is an open denunciation of cultural appropriation and calls out its prevalence in society and music.

Easily one of her most talked-about tracks, "Borders," which was released in the middle of the current refugee crisis, openly condemns society's interest in trivial concepts and its refusal to house those forced to flee their homes.

The updated, full-length version of her song "Boom Skit," "Boom ADD" addresses the dismissal of women of color in society. It also includes a statement from her lawyer about the NFL's lawsuit against her for throwing up the middle finger in the middle of her appearance at the Super Bowl XLVI halftime show.

"Paper Planes" is arguably the song that catapulted M.I.A. into the mainstream culture, and is one of the few successful songs in Top 40 history to openly address immigration politics.

"MIA OLA- FOREIGN FRIEND" is a testament to breaking the rules and standing up for your political beliefs, no matter what the consequences are.