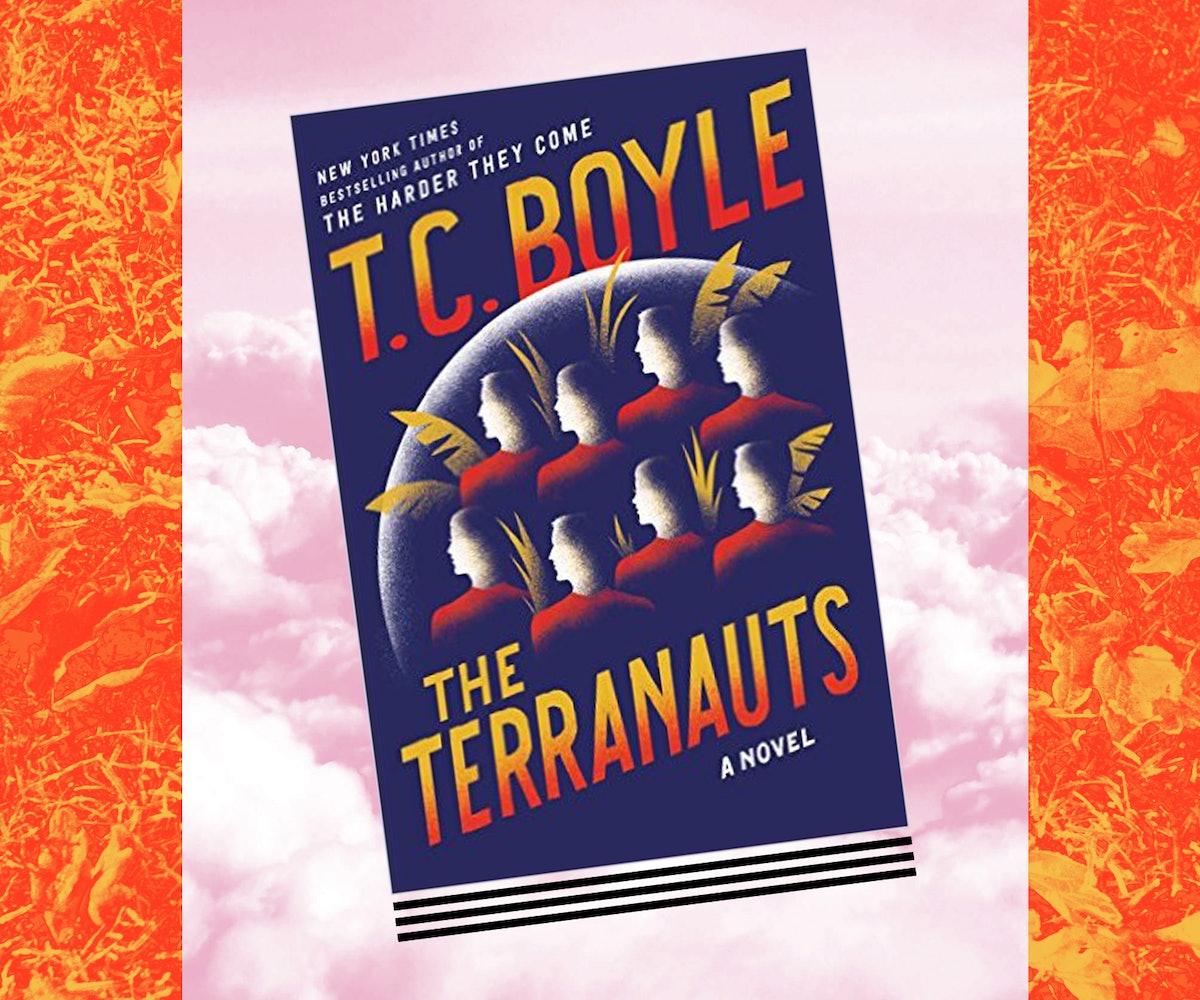 It's motherfucking gourd season, you guys, which means that the days are getting cooler and so there's no better way to spend them than curled up with a good book. While we've already recommended a bunch of great books for you to read this autumn (including new-this-month selections like Brit Bennet's Mothers, Chloe Caldwell's I'll Tell You in Person, Jade Chang's The Wangs vs The World, and Nell Zink's Nicotine), we thought we'd narrow it down for you just a little more with a list of 11 October releases that will keep you so thoroughly occupied and engaged that you won't have any time to stay up worrying about the horror that is this Donald Trump presidential campaign.

Here, then, are the pages you should spend the days flipping through, rather than, say, a newspaper full of news about the election.

Today Will Be Different by Maria Semple (Oct 4)

Ever have one of those days where you feel like you're finally going to make only the right choices and not procrastinate or get distracted and maybe actually accomplish shit for once? Yeah, us too! Those, um, always turn out well. If this sounds familiar, take solace in this hilarious, touching novel, by the author of the deservedly beloved bestseller Where'd You Go, Bernadette? Semple's latest will be the book you'll soon be pressing on all your friends, so you can all talk about it and laugh—and maybe cry—together.

The Angel of History: A Novel by Rabih Alameddine (Oct 4)

Alameddine offers readers a profound, brilliant look into the complicated mind of Jacob, a Yemeni poet who is spending the night in a psych ward. The novel grapples with huge philosophical questions (both Death and Satan are characters and there are also a whole host of saints), while remaining firmly in a terrestrial space, meaning that it offers insight into all the horrors and wonders associated with being that most otherworldly of beings: a human.

The Trespasser by Tana French (Oct 4)

This is French's sixth installation following the detectives of the Dublin Murder Squad, but it's not necessary for readers to be familiar with the previous novels in order to enjoy this one. Rather, it's almost impossible not to be gripped by French's intricate, yet never less than fully lucid plot twists and beautiful prose. If you're in any way a fan of murder mysteries or police procedurals (and who among us isn't, these days?), this book is for you.

Every story should be a road trip story. Well, ok, that's a bit of an exaggeration, but we really do love when novels center around people taking it on the road. And this particular work involves a very twisty, winding journey, one which has a specifically mordant sense of humor and a subversive look at what it sometimes takes to find yourself, even when you weren't quite sure you were supposed to be looking.

Carroll's debut novel (he has also released a stellar collection of short stories called Transitory) is a compelling, often surreal journey into the lives of two people who meet up at a punk show in Seattle. The journey they go on following their encounter is a provocative, smartly conceived take on the journey we're all on, as we attempt to figure out that most confusing of questions—who are we?

Hmm... I don't know, do you really need convincing to read the latest Atwood? Shouldn't there just be, like, a Margaret Atwood siren by now? Alerting us all to her latest work? Well, consider me your very own At-signal, because Hag-Seed is a reimagining of William Shakespeare's The Tempest, and is as full of comically absurd coincidences and twists as its inspiration.

The Loved Ones by Sonya Chung (Oct 18)

This is only Chung's second novel, but it cements her status as a talent to reckon with. This moving, masterful work captures the lives of generations, and ranges across different cultures, bridging the differences between seemingly disparate groups and finding common threads in our larger identities as people. Chung's prose is elegant and powerful, and this is a book that will stay with you for long after you've read it, and lead you to reassess the world around you; the one you thought you knew.

Knives & Ink: Chefs and the Stories Behind Their Tattoos by Isaac Fitzgerald and Wendy Macnaughton (Oct 18)

This follow-up to Fitzgerald and Macnaughton's awesome Pen & Ink: Tattoos and the Stories Behind Them is a beautifully illustrated collection of chefs' tattoos and the stories behind them. The tales behind the ink are as varied and vibrant as the body art they explain, and reveal a diversity of life experiences—troubles and triumphs both. As an added bonus, there's plenty of recipes included from the chefs involved, so even if you don't choose to emulate these kitchen artists when it comes to decorating your body, you can still eat pretty fucking well.

Want to feel inadequate as a writer? Think for a second on the fact that Ha Jin, one of the most adept users of the English language around, is more profound in a few sentences than most native-English speakers are in their whole bodies of work. Once you've marveled at his gifts, allow yourself to fully enjoy his latest work, an exceptional look at power, and corruption, and where the two meet.

Boyle is one of our greatest writers and in his latest novel he further proves his value. The Terranauts is typical Boyle in its sly humor, perverse look at society, and willingness to delve deep into the issues that so many are afraid to even glance upon. It's a sprawling work that encompasses so many issues facing us today, including the very question of our survival.

And now for something completely different... Broad City star Jacobson has given us this full-on treat of a book which delves into the imaginary handbags of such luminaries as Martha Stewart, Michelle Obama, and, uh, Donald Trump, because sure why not. Because it's Jacobson, you know it's got to be hilarious, and you can also enjoy her gorgeously strange illustrations, which have also been seen on several episodes of Broad City.