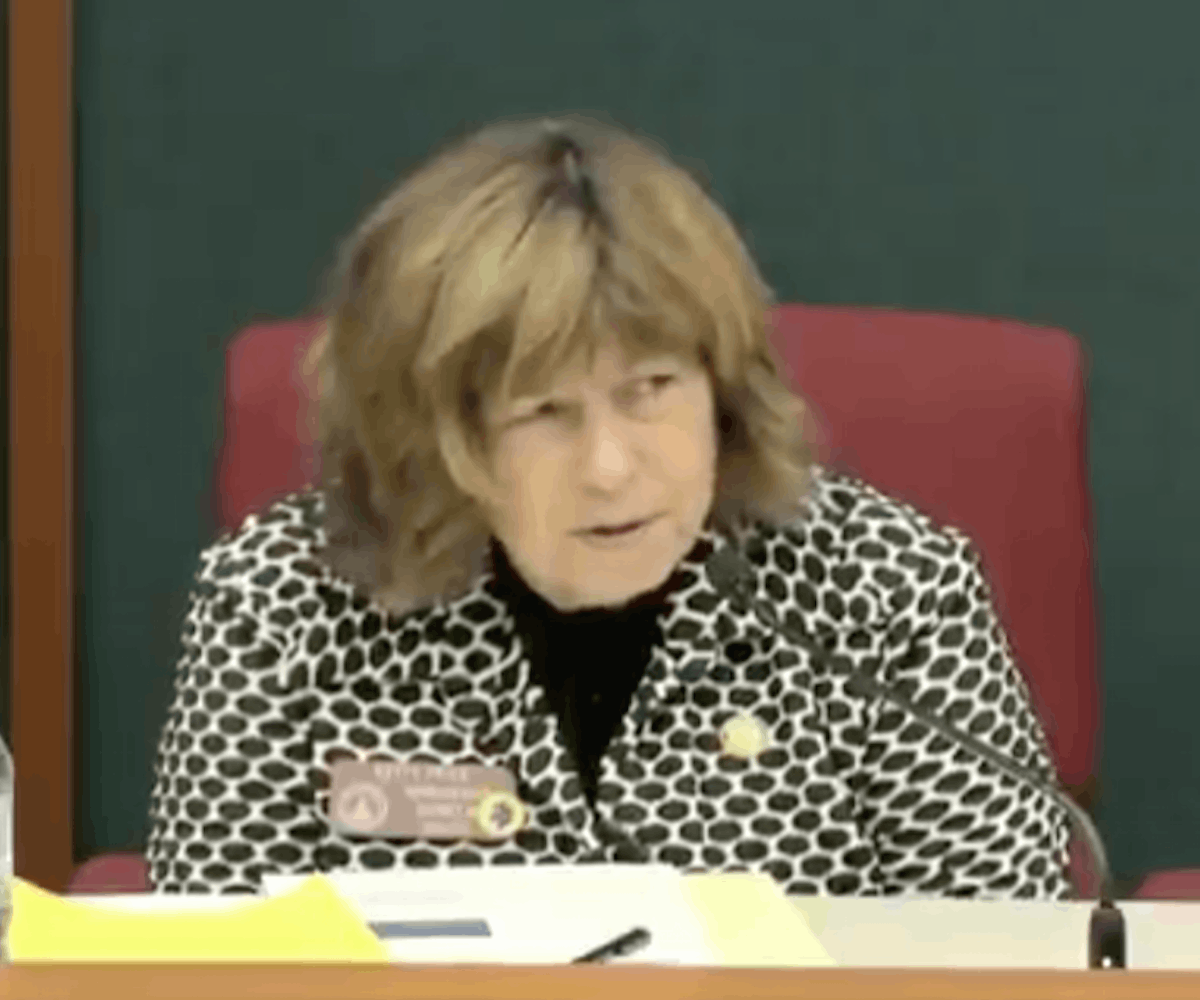 Republicans have launched a vicious battle against the health of the entire nation in the form of repeated attacks on Obamacare, but their general disdain for the wellbeing of actual citizens comes out in plenty of more insidious and nauseating ways. Take, for example, Georgia State Rep. Betty Price: She's an advocate for putting everyone with HIV in a quarantine. This isn't some kind of dog-whistle or hyperbole either. She literally said it.

“What are we legally able to do? I don’t want to say the quarantine word—but I guess I just said it,” Price proclaimed in a recent hearing when asked how to prevent the HIV/AIDS epidemic from growing. “But is there an ability, since I guess public dollars are expended heavily in prophylaxis and treatment of this condition, so we have a public interest in curtailing the spread. … Are there any methods we could do legally to curtail the spread?”

In reality, there are plenty of less persecutory ways to prevent HIV, including sex education, de-stigmatization, and the availability of prophylactics. But, big surprise, Republicans have taken a stand against each of those.

Price even went as far as suggesting that people now being able to survive the virus is a problem: “It’s almost frightening the number of people who are living that are … carriers with the potential to spread,” Price continued. “Whereas in the past, they died more readily, and then at that point, they’re not posing a risk. So we’ve got a huge population posing a risk if they’re not in treatment.”

Price's comments come in the midst of controversies pertaining to her husband, former Health and Human Services secretary Tom Price, who was forced to resign after facing criticism for racking up over $400,000 in travel expenses. Big surprise: He, too, had openly advocated for discriminatory policies.

Meanwhile, the state which Betty represents is one of the epicenters of the continuing HIV crisis, having ranked second in the U.S. for rate of new HIV diagnoses. Seems likely that the state's ignorant-bordering-on-hateful policy makers have something to do with that.

Representatives from GLAAD have already called on Price to apologize for the comments, describing them as "harmful."

“This language coming from anyone is totally unacceptable,” said Sarah Kate Ellis, president and CEO of GLAAD, in a statement “but coming from a medical doctor and a Georgia State Representative it is reprehensible.”

Hey, at least she didn't suggest hanging them all.