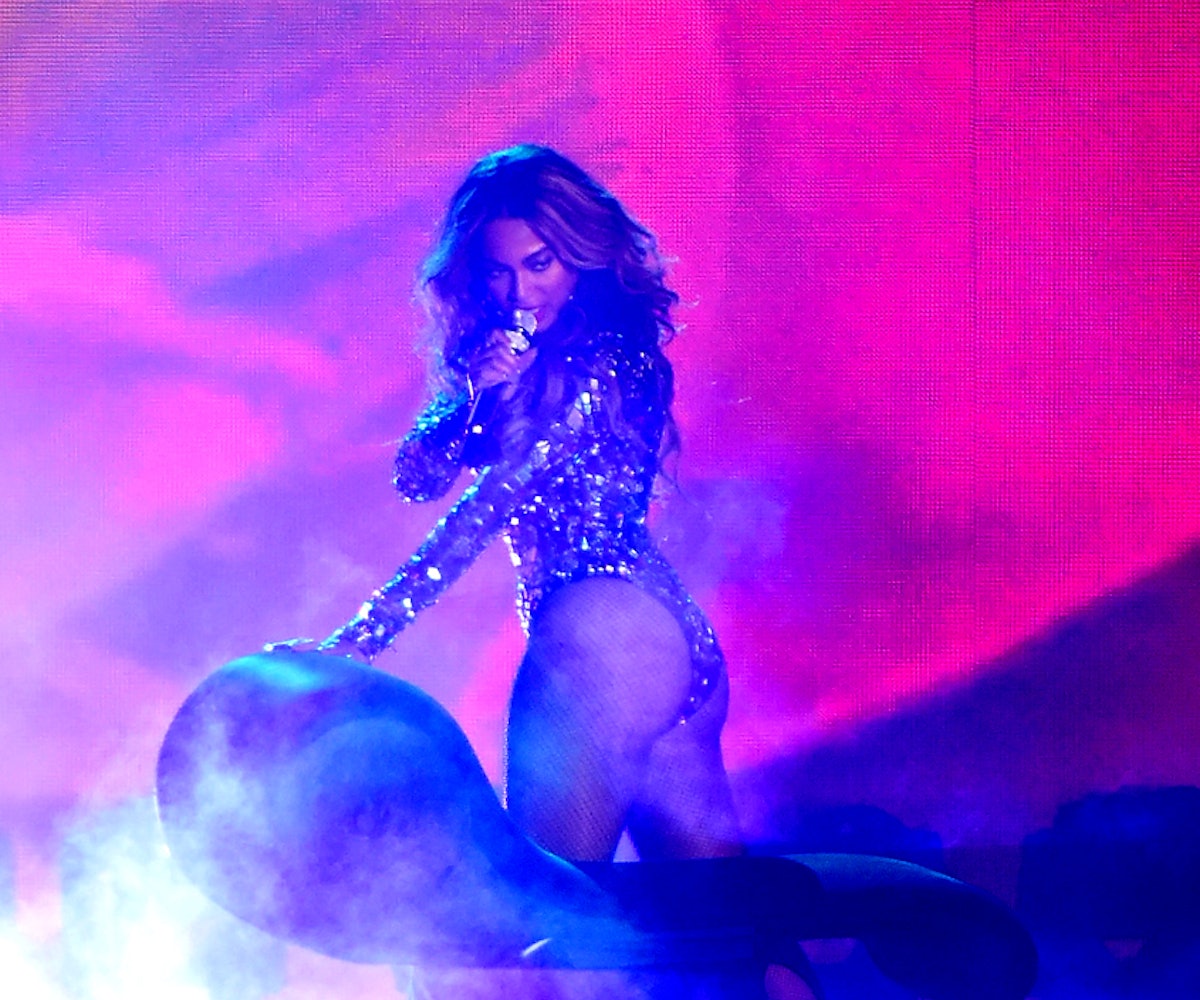 Beyoncé’s remixes for the 50 Shades of Grey soundtrack just hit the internet and if you can conjure the focus to get through each rendition without ripping your goddamn clothes off, you’ll actually find yourself transfixed by the music. The alternate versions of our favorites, “Crazy In Love” and “Haunted,” both contain enough bass to actually shake the bed for you. (Sidenote: My hips are literally moving under my desk right now. There’s just so much sex in these songs.)

Up until this point, queen Bey had only teased us with snippets of Crazy In Love in that trailer that left us all NSFW inside. But now the full-length version, produced by Boots, and its counterpart (which we admit to preferring) are here. After reports the soundtrack isn’t “sexy” enough, how about now? We’re actually not sure how this movie could have any more sex worked into it.

The First Ever Beyoncé Video is So Blurry, So Perfect

Is Beyoncé Turning Pre-teens Into Strippers?