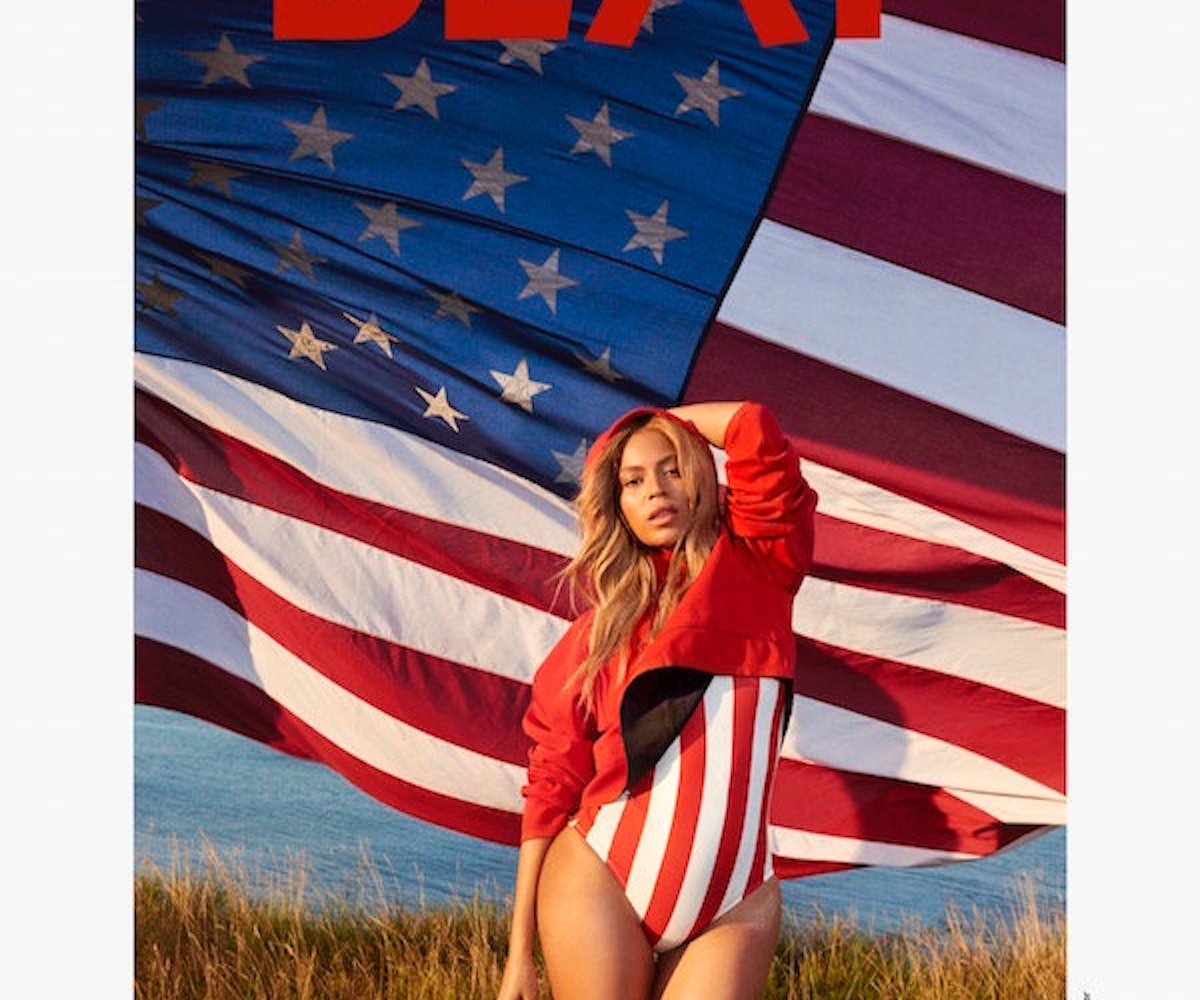 It’s not exactly easy to get an artist with star power like Beyoncé on the cover of a magazine. Between dropping music whenever she damn well pleases, bonding with the most precious family known to humankind, and chilling with her bestie, FLOTUS, how could she possibly have the time? And in the off chance that a publication is lucky enough to boast Yoncé as its cover star, it’s usually a highbrow or extremely well established one, like Vogue, for example.

So, it’s a complete shocker that Queen Bey is on the cover of the winter 2015 issue of BEAT, a free (!) music magazine based out of London. What’s not a shocker, however, is how gahdamn ***flawless she looks, sporting just a hoodie over a red and white bodysuit as the American flag flows gracefully in the background. We can’t wait to see if the paper was lucky enough to get an interview with the star, considering the roundabout ways other publications have used to speak with her. Either way, it gives us hope that maybe—just maybe—we’ll have the good fortune of featuring Yoncé on the cover of NYLON. We can dream, right?