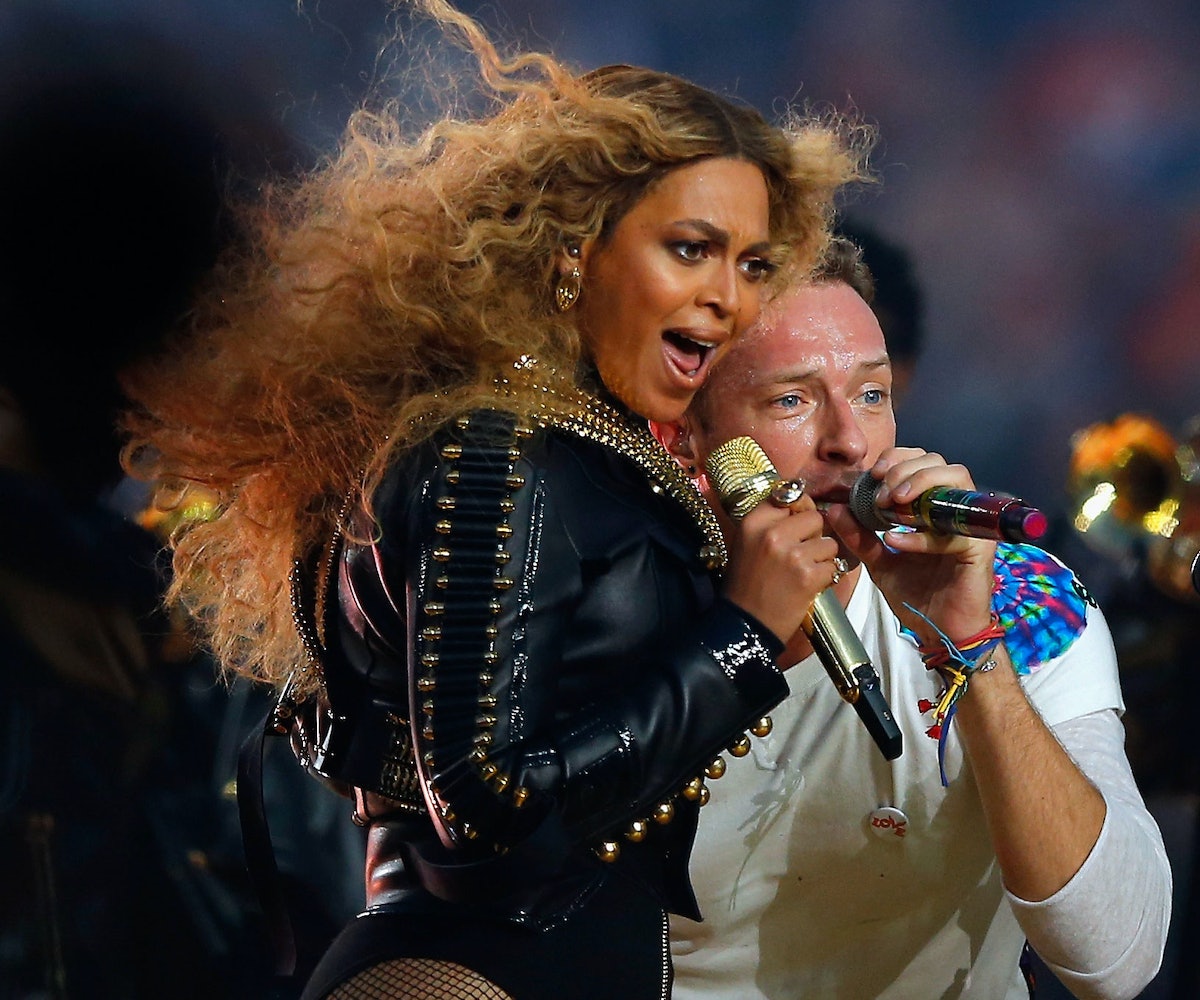 As if Beyoncé hadn't done enough to assert her dominance during last night's Super Bowl halftime performance, reports are floating around about her shutting down something else—a song written by Chris Martin. According to reports, the Coldplay frontman penned a song for her called "Hook Up," and she turned it down with the most gracious, sugarcoated response ever: "I really like you—but this is awful."

The (now very public) burn will be printed in the next issue of Rolling Stone, in which cover star Martin describes the process of collaborating on the controversial single "Hymn For The Weekend." If you're having déjà vu, it's probably because another report earlier this year revealed that the late, great David Bowie also turned down a Coldplay collaboration, emphatically stating, "It's not a very good song, is it?" Ouch.

Cheers to innovative artists believing in their creative visions and saying what's on all of our minds by holding their ground. As for Coldplay...never give up!