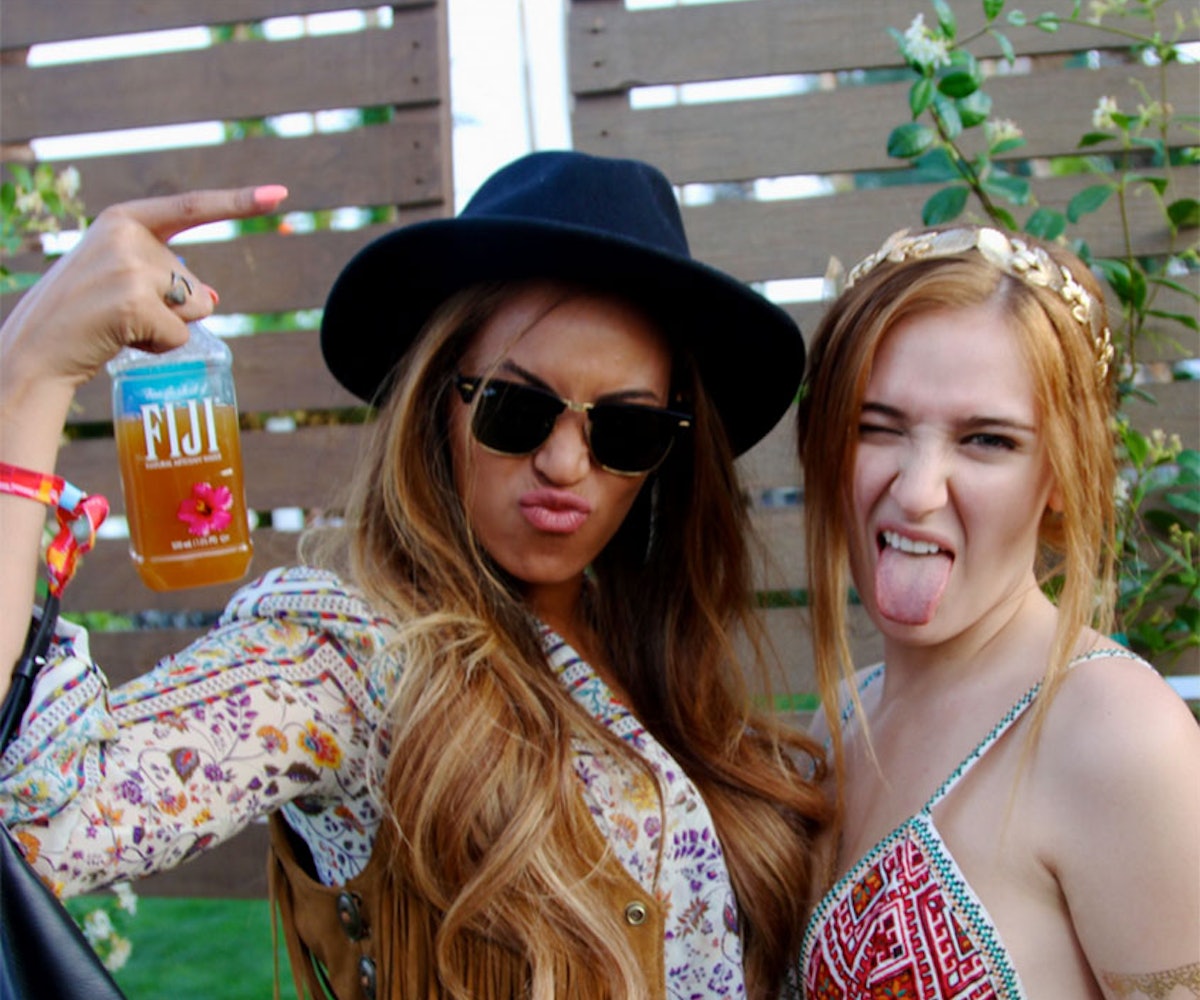 On April 13, 2015 a series of photos of Beyoncé went up on Beyoncé’s website. She was at Coachella doing whatever it is Beyoncé does at Coachella. In these photos appeared a Fiji water bottle filled with something that did not appear to be Fiji water.

So, we ask: What fluid did Beyoncé drank? Was it healthy? Did it get her drunk (on love)? And, perhaps more importantly, why is Beyoncé transporting a mysterious liquid in an expensive plastic water bottle like some common flower-crown girl?

Possible theories from NYLON's staff include:

NEXT UP
Entertainment
Beyoncé Is Now The Most Awarded Artist In Grammy History
Culture
An Ode To Stripperweb, The Beloved Sex Worker Forum
Entertainment
Ebony Riley's "Deuce Deuce" & 9 Other New Songs Out This Week
Fashion
Bottega Veneta Just Dropped The Next It Bag For Spring
Style + Culture, delivered straight to your inbox.