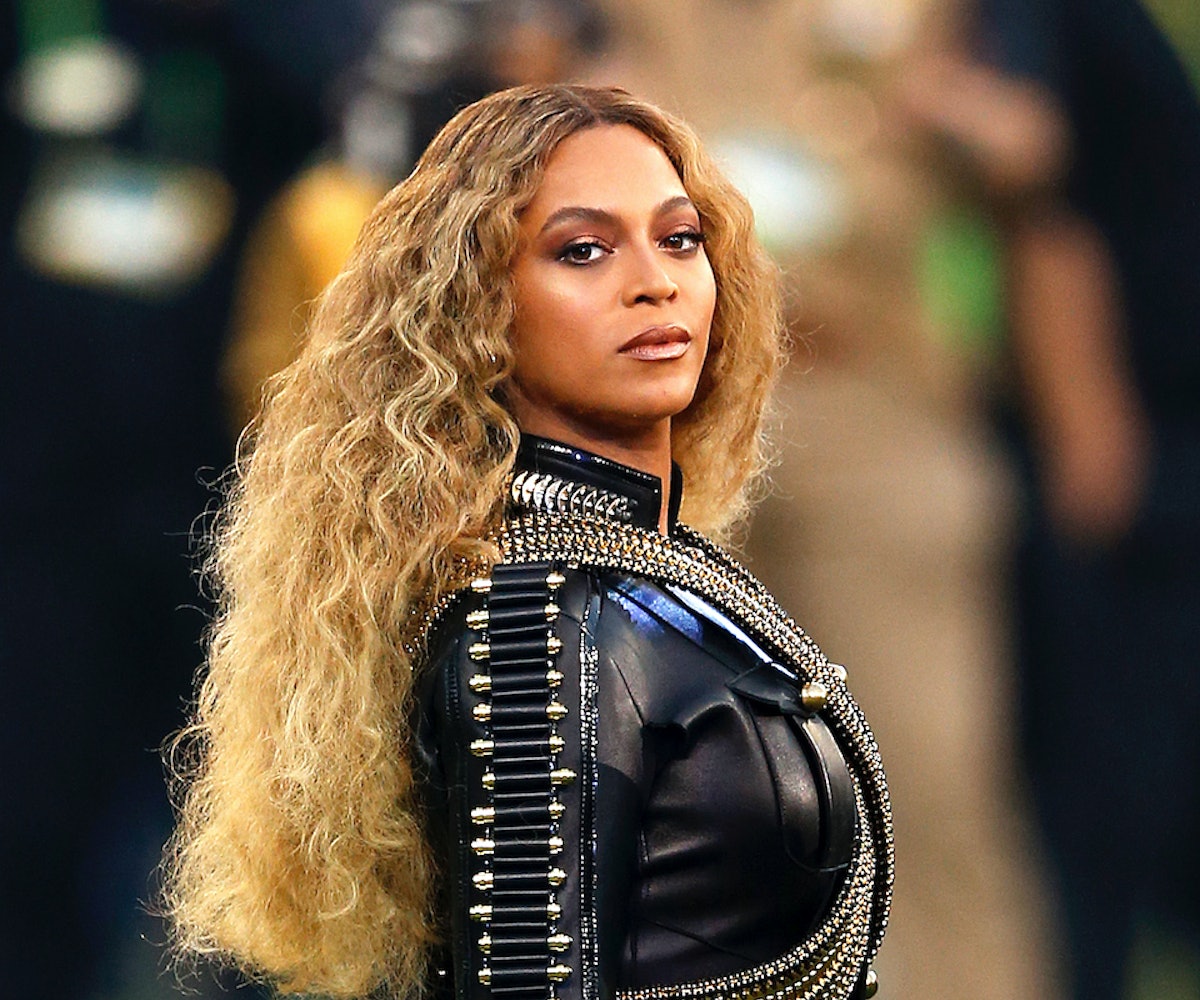 As you well (or, at least, should) know, Beyoncé’s new album, Formation, is set to drop and blow each and every one of us into the nearest wall any second now. Matter of fact, this leak right over here suggests it’s coming tomorrow (unless it’s a horrid April Fool’s joke). Thing is, we’ve found a way you can preview some of the tracks from Formation before its debut.

When Bey announced her IVY PARK activewear line this morning, she also introduced its associated e-comm website. After soaking in the visuals, we noticed the music. After hearing her "Formation" single, new instrumentals came up—ones we'd never heard before. As the songs rotated, we realized this is probably Formation the album! That Beyoncé, always so tricky.

Yes, the tracks are free of vocals, but—if it is indeed the backing music to the album—it's a great little preview of what’s to come. To scroll through the songs, hold down your mouse and swipe it across the screen for five to ten seconds. Hot, new music will bubble up. The tracks are, by the by, amazing to listen to and worth your while… well, at least until the actual full-bodied Formation surfaces.

Visit here to try it all out.