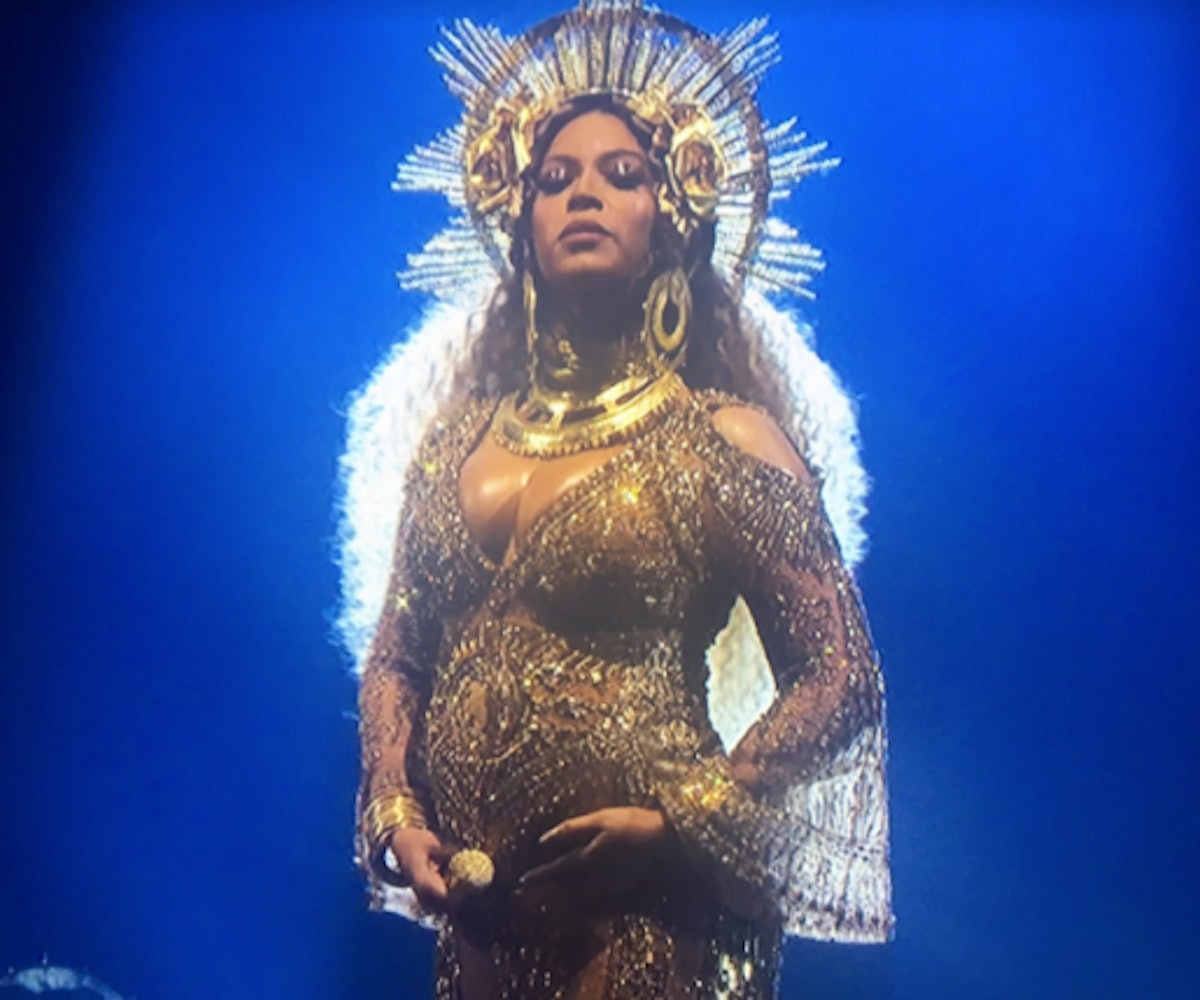 Beyoncé took the stage at tonight's 59th Annual Grammy Awards with absolutely nothing to prove. The very definition of an artist, Beyoncé spent 2016 burnishing her icon status with the release of the epically powerful Lemonade, an ode to black womanhood and a moving testament to strength, resilience, and forgiveness. And then to start of 2017, the queen announced that she was pregnant with twins, making it possible for all of us to believe that perhaps there was some reason left to be optimistic despite the chaotic state of the world.

So, truly, Beyoncé could have taken the stage at the Grammy's and done literally nothing other than walk up and down the stage, smiling at her daughter, Blue Ivy, down below and we would have welled up with tears at the generosity of this beautiful woman. After all, she's several months pregnant with twins! Beyoncé shouldn't have to do anything extra right now.

And yet because Bey never brings anything less than her A-game, she instead graced us with a transcendentally moving performance that served as an ode to mothers and evidence of her grace and otherworldly talent. (Does everyone else assume that when Chance the Rapper was thanking God during his speeches, he just meant Beyoncé?) It was spectacular. It was impossible not to be moved by it.

Unless, of course, you're a troglodytic Englishman who admires Donald Trump. That's right, everyone's second-most popular candidate for deleting his Twitter account, Piers Morgan, took the time to fire off a tweet about Beyoncé, calling her performance "narcissistic."

Here's the thing, Piers, you not "feeling" that performance has nothing to do with Beyoncé and everything to do with you having no feelings. Beyond that, though, to accuse a woman of narcissism who is bringing the purest of joy to millions of viewers, and doing so while pregnant with twins (which, you know, of course, Beyoncé is the literal holy trinity in one being) is the very definition of generous and giving. Not that Beyoncé needs defending from the idiocy of Piers, but still, it must be said, for the millionth time: Piers, delete your account. Now.