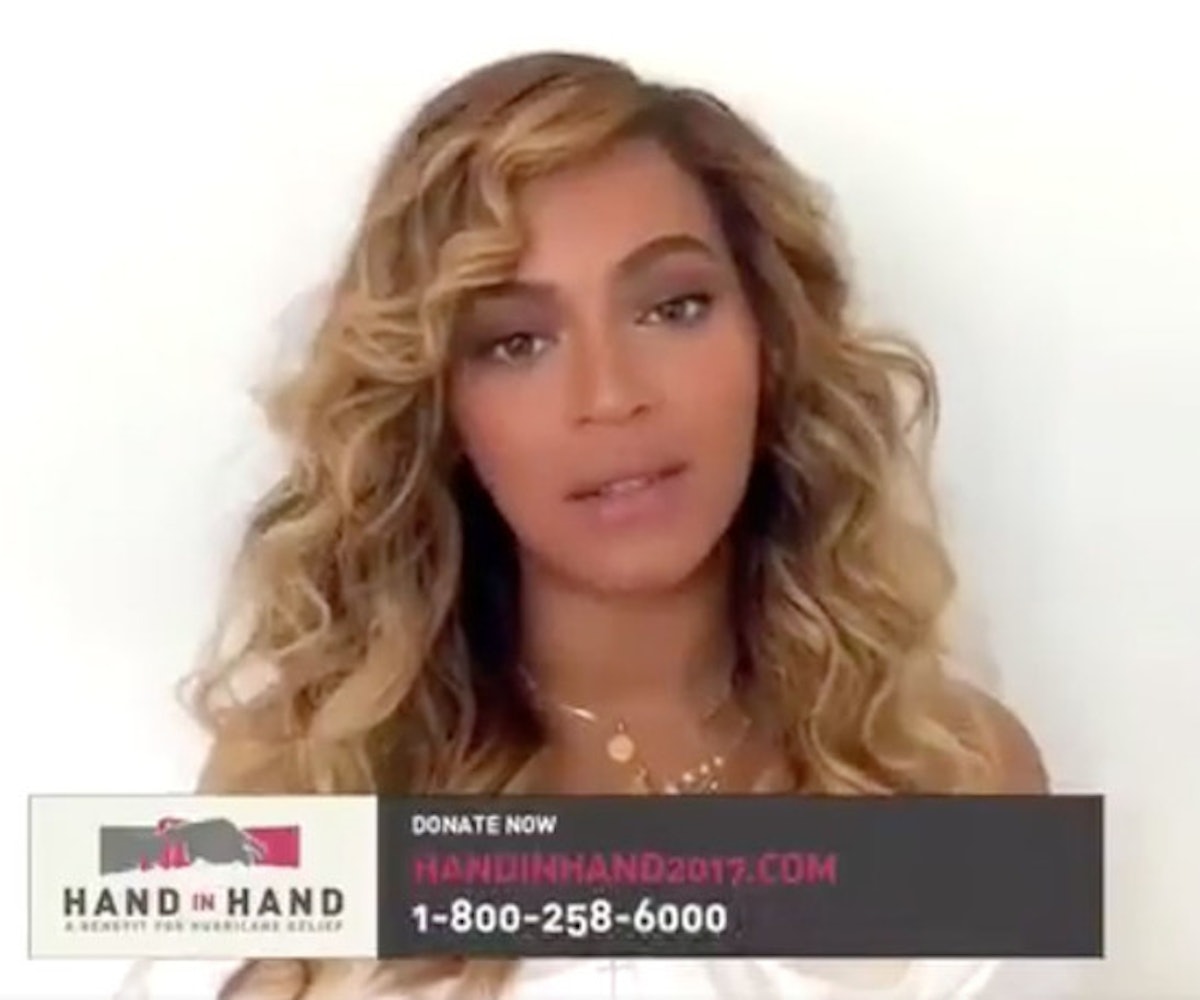 Last night Beyoncé, Cher, Oprah, and more celebrities came out to raise money for victims of Hurricane Harvey and Irma as part of the Hand in Hand relief benefit. By the end of the night, they'd raised more than $14 million, CNN reports, and that number is expected to climb.

Beyoncé also sent out a heartfelt message to her hometown of Houston, Texas, which got hit the hardest by Hurricane Harvey. Damages from the storm are estimated to be around $75 billion, according to CNN.

"During a time when it's impossible to watch the news without seeing violence or racism in this country," Beyoncé says in the clip, "just when you think it couldn't possibly get any worse, natural disasters take precious life, do massive damage, and forever change lives."

She asked people to give what they can to the individuals and families in need and added that we need to work together to address climate change in order to prevent these kinds of disasters in the future. "The effects of climate change are playing out around the world every day. Just this past week, we've seen devastation from the monsoon in India, an 8.1 earthquake in Mexico and multiple catastrophic hurricanes."

More than 60 celebrities took part in the fundraiser, which was held in L.A., New York, and Nashville, raising money for organizations like Habitat for Humanity, Save the Children, and the ASPCA.

Survivors of the disasters shared their stories, as did first responders and others who helped save lives during the storms, including a group of people who formed a human chain to save an elderly man from his submerged vehicle during Harvey.