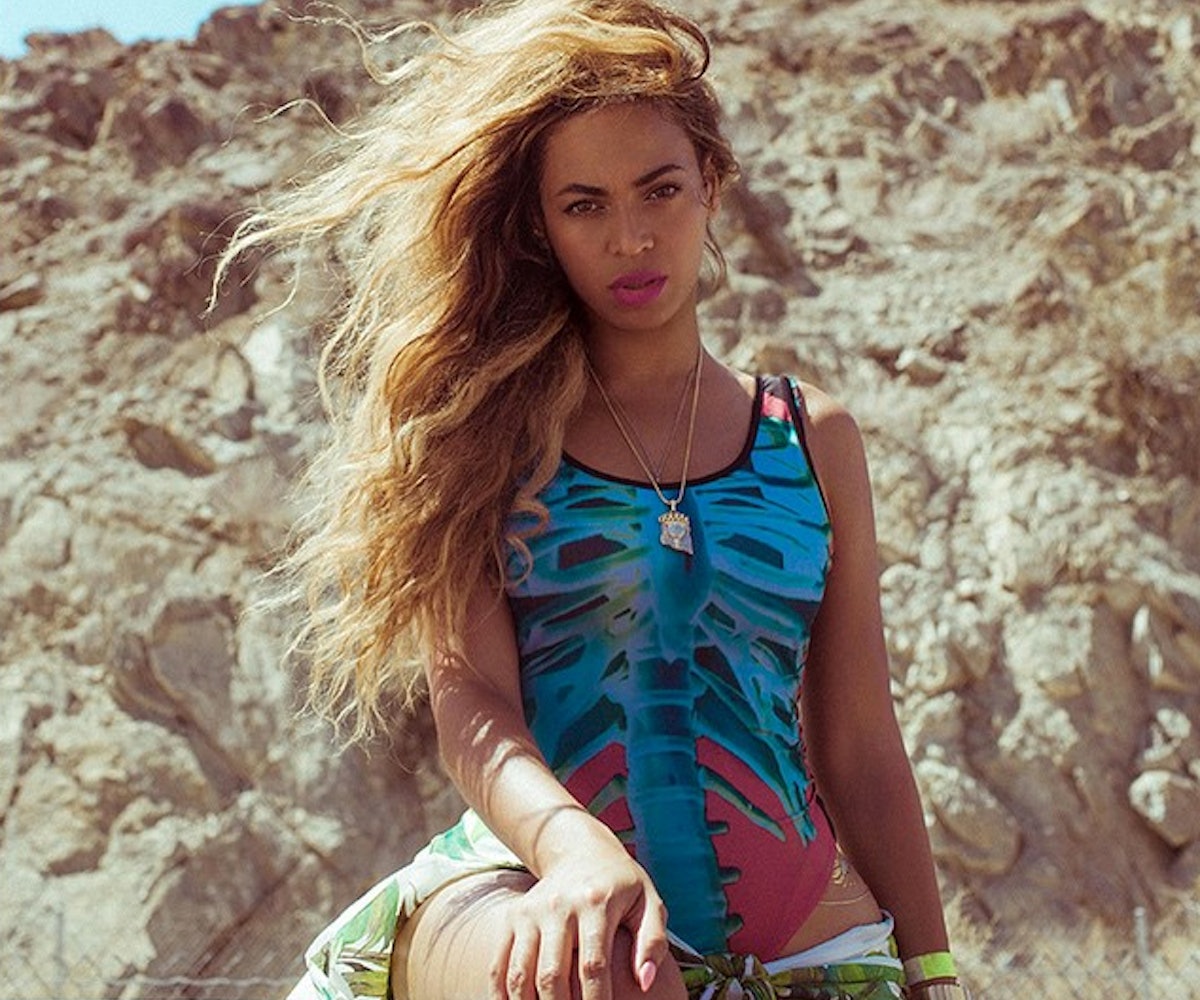 In New Zealand, a country where everything magical and green lives, there is an indigenous tribe called Māori who "believe that ancestors and supernatural beings are ever-present and able to help the tribe in times of need." This week, thanks to Tāreikura performing arts group, their native poi dancing was melded with the majestic sounds of Beyoncé's "Move Your Body."

The poi, the ball attached to a cord, is said to be an extension of the dancer and the sound it makes when hitting a surface is meant to mimic nature's rhythm. It also, some may say, reflects the fluidity of Beyoncé's music and general Bey-ness. Whether or not you agree with the aforementioned statement, you have to admit that this is absolutely mind-blowing. How are they not constantly hitting themselves, or letting the cords fly out of their hands? Why has Beyoncé not done this yet? Why have we not done this yet?