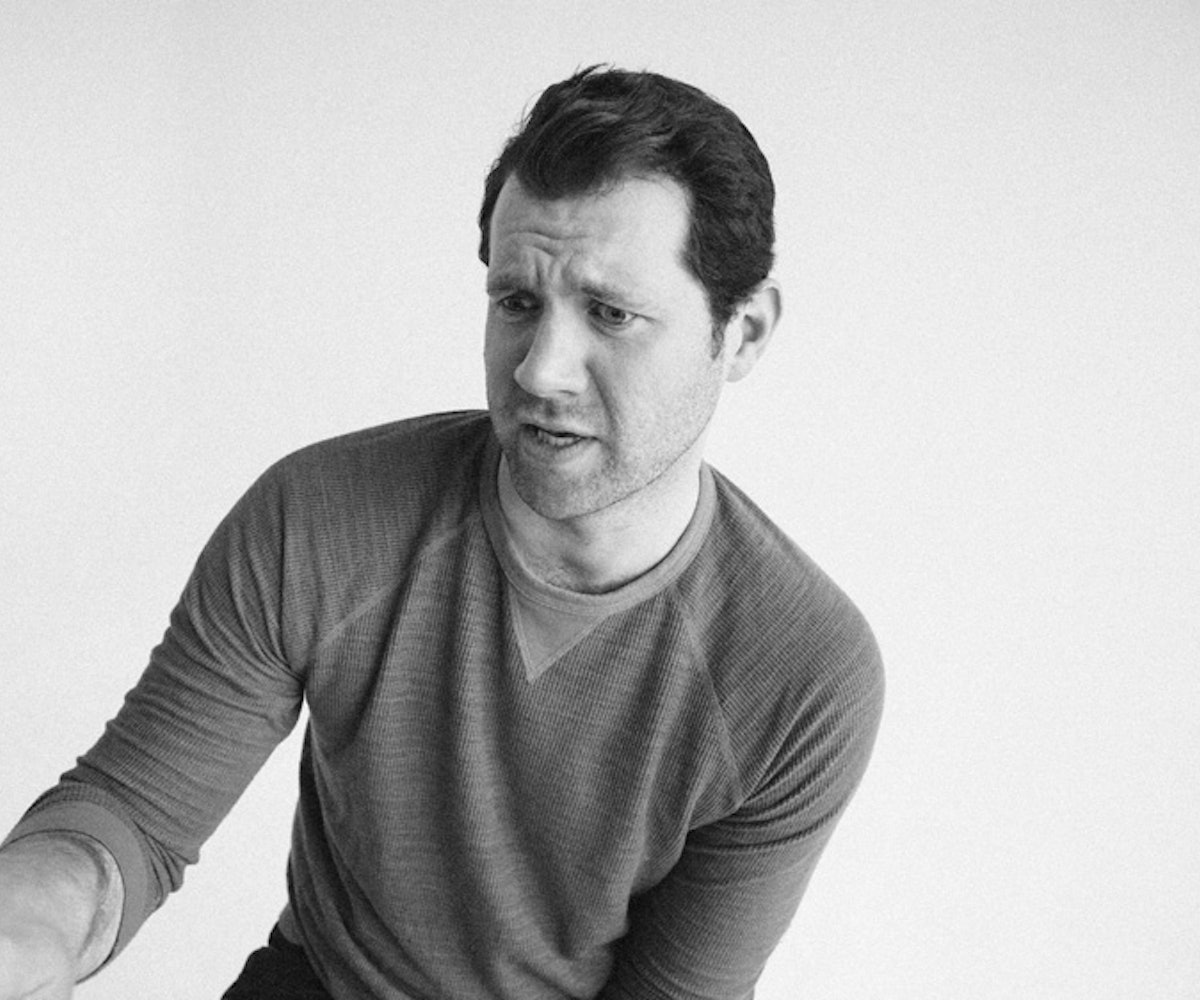 To a lot of folks, and a few critics, “Billy on the Street” is the guy who screams at people. He’s the brash, imposing New Yorker who hounds unsuspecting pedestrians with urgent and highly subjective questions about celebrity culture. In the three years he’s been doing this, Billy’s scared people away, pissed people off, and been called an asshole you can’t help but like. “Nine out of 10 people walk away,” says Billy Eichner, the man behind the character. “You just never see that footage.” What people do see is Eichner barging breathlessly into the personal space of everyday New Yorkers, often with a celebrity sidekick in tow, like Paul Rudd, Amy Poehler, Neil Patrick Harris, or Rashida Jones. They’ve also seen him play “Would Drew Barrymore Like That?” with Drew Barrymore, his voice becoming shrill whenever she got a question wrong: “No! Drew Barrymore would not like milk chocolate, it’s beneath her!” And now they’ve seen him yell at Michelle Obama, the First Lady of these United States, while Big Bird looked down in judgment with those sad, bulbous eyes.

But there’s a lot more to Billy on the Street than yelling. “When people say he’s the guy that screams, it’s not really giving the full picture,” says Eichner. “There’s a lot of pointed, smart, subtle commentary in the show about celebrity and pop culture.” Billy’s screams are ironic screams, satirical and self-aware. They embrace and lampoon in equal measure. “When I go up to a random black teenager on the street and ask, ‘How does Lake Bell stay so grounded?’ there’s obviously a perspective there,” says Eichner, “and a commentary about the entertainment industry.” Eichner, born and raised in Queens, first developed his unique perspective in small New York theaters in the form of a character given to the occasional burst of anger about celebrity culture. It allowed the struggling actor to express his “love- hate relationship with the business.” But the anger was complicated, containing an acknowledgment of Eichner’s obsession with the industry, an awareness of show business as “complete bullshit,” as he says, and the loathing he directed inward for being so interested in it. Eichner’s first idea for a “man on the street” video was to ask his Korean dry cleaner’s opinion on his headshots. Eichner knew he was on to something. “It evolved into: Let me ask people about the things that are important to me with an urgency that shouldn’t apply,” he says. “Because it’s celebrity crap.”

Fuse bought Billy on the Street straight-to-series based on 10 minutes of footage, meaning Eichner could skip the step of making a pilot that the network could reject if they didn’t like it. In season two, the show took “a big leap creatively,” in Eichner’s opinion, and more of his YouTube videos went viral more often, garnering Eichner more industry fans, like Conan O’Brien, who sent him to the Super Bowl—and Tel Aviv. By the third season, Eichner had joined the cast of Parks and Recreation and made an appearance on the Emmys that was seen by 20 million people. “I could really feel a change after that,” says Eichner. Since then he’s sold a book, moved his show to TruTV, and signed on for Difficult People, a new Hulu series produced by Poehler and written by Julie Klausner. In the show Eichner and Klausner will play best friends stuck in a rut of bitterness and ambition, while everyone around them evolves or succeeds. “It’s not me,” says Eichner of the character Klausner wrote specifically for him. “But it’s much closer to who I am than Billy on the Street. And there will be little to no screaming.”