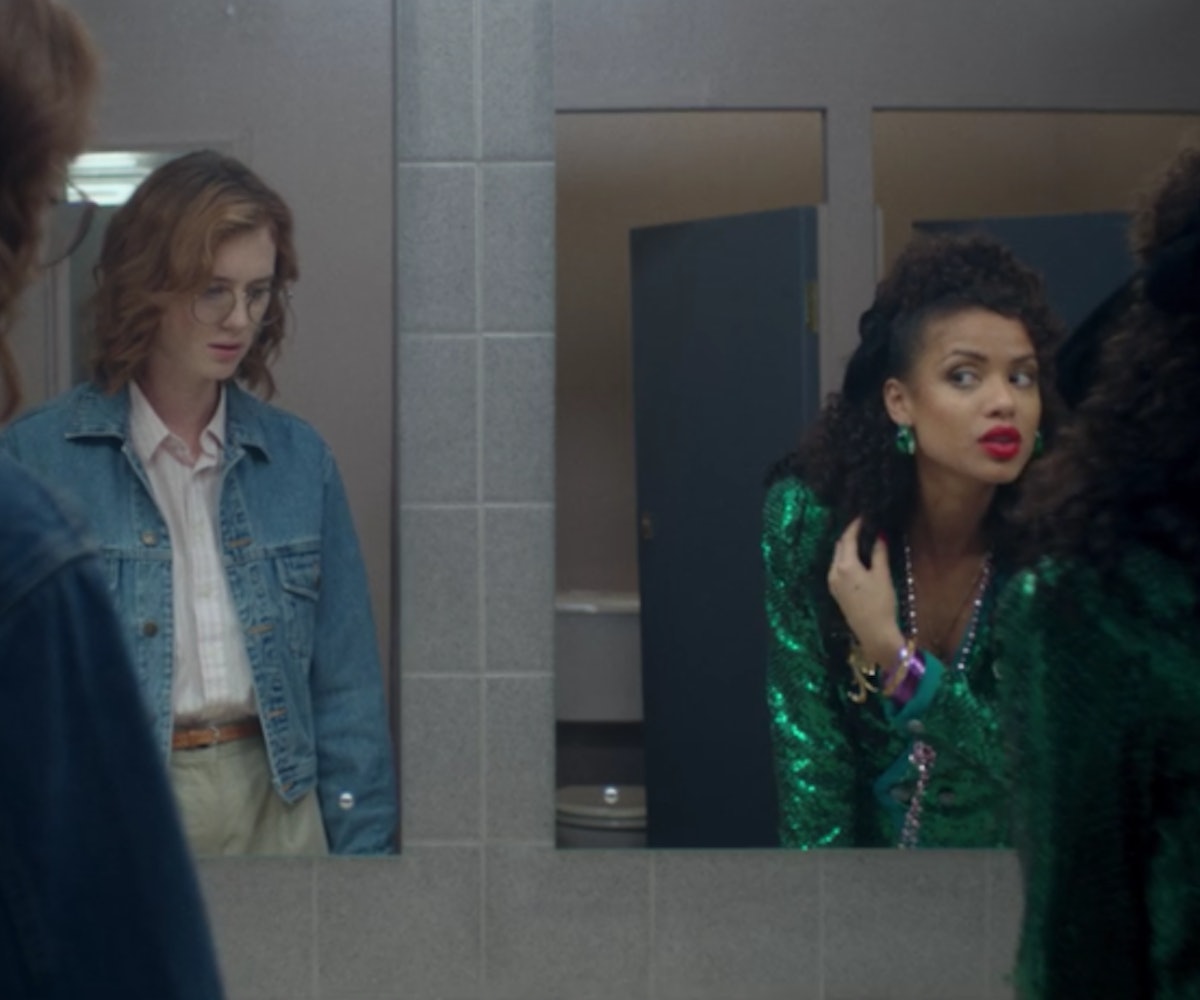 Black Mirror has a lot of dark plot lines. Including one about a Prime Minister fornicating with a pig, what would happen if we spent the entirety of our lives rating every interaction we've ever had, and the heartbreak that comes when you choose to connect with your deceased lover through artificial intelligence. But, there are other rare moments in the show, when we’re blessed with a happy ending.

Last season, it came by way of the ‘80s-inspired and Emmy-nominated “San Junipero.” Creator Charlie Brooker told The Hollywood Reporter recently that he threw the episode in the mix to keep up the show’s unpredictable nature. “It was the first episode I wrote for season three and it was a conscious effort to blow up what I thought a Black Mirror episode was," he said. It was a hit with fans and critics alike, and, according to Brooker, he’s open to diving back into the brightly colored San Junipero world. He tells The Hollywood Reporter:

We’ve thought about it. There were aspects of the story that I took out. For instance, I’d originally written a scene where Gugu’s character, Kelly, is in a kindergarten and there are children there and when you realize what’s going on, it’s that these are deceased children. It was too sad and too poignant of a note to hit in that story, but I kept thinking about how that felt like a whole world in and of itself. I think we almost might do it in a completely different form if we were doing a straight sequel, if that makes sense. Maybe not even as a normal episode.

Brooker goes on to address whether or not the optimism in the episode and its reception influenced the direction of the upcoming season at all. “Yes and no,” he says. “Certainly, I would say that because it was a departure in tone—the fact that it had an upbeat ending was a way of me resetting what I thought the scripts were—and the fact that that worked definitely had some bearing on where my head is at, script-wise.”

We sure could use some positivity these days. But we won’t hold our breath, especially when Black Mirror is concerned.