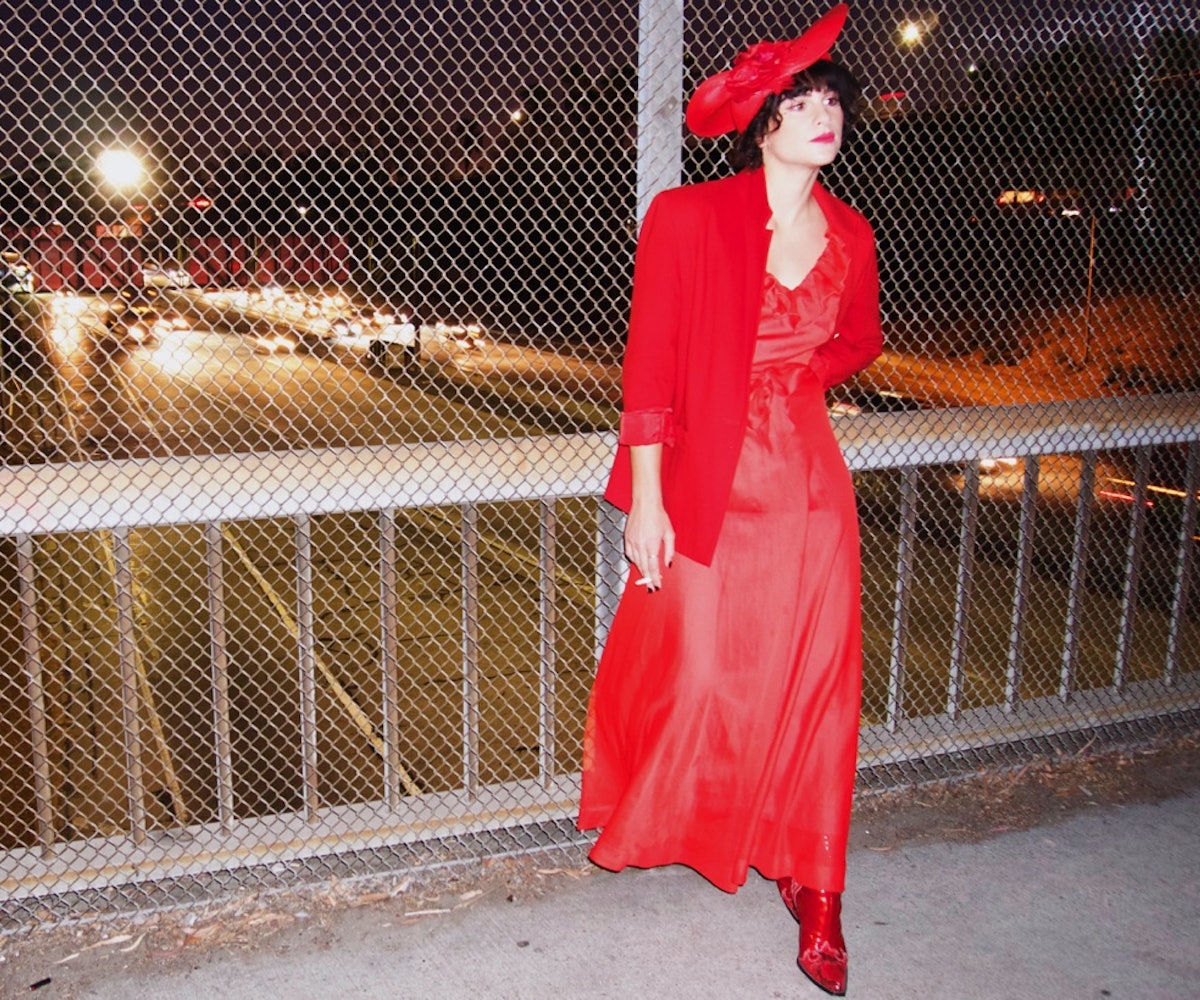 Former surfer turned singer Lexie Papillion—better known as her moniker Bloodboy—may be fairly new to the music scene (unless old GarageBand demos from MySpace count), but you wouldn’t know it with her debut EP, Best of Bloodboy, comprised of confident vocals, honest lyrics, and an ability to effortlessly merge pop and rock like a true veteran.

The six-track record is a trippy mix of energetic and loud alt-rock tunes followed up by indie ballads with a few electro-inspired moments thrown in. It’s a combination bound to keep you on your toes—and your ears perked. She took elements from artists like The Clash, The Stooges, David Bowie, and Elvis Costello, and applied them in a way that was unique to her writing style. “[The EP] was written over the course of a pretty tumultuous two years, so it's a bit of a melting pot both conceptually and sonically,” Bloodboy tells us. “I would say the underlying theme is evolution… not in the Darwinian sense, but in a personal, professional, societal, and on a grander scale, existential sense.”

The tracklist alone reads like a coming-of-age story. “Fuck Yourself” gives way to “Keep Your Disease,” followed up by “Hey Kid,” and with “Human Female” rounding out the list. But don’t read too much into the titles, the songs aren’t nearly as elementary as they’d have you believe. “I've found the music I'm most proud of is interesting and provocative lyrically, energetic, and unpredictable,” she says.

“Drunk You,” may be the strongest track on the EP, showing off Bloodboy’s unwavering vocal ability. But what adds weight to the song is its intimacy. “Drunk you won’t even call me when I’m crying,” she croons. “Drunk you can’t keep a straight face when you’re lying/ But I know even drunk you can’t pretend you don’t care.”

Bloodboy calls out “Mom, I’ve Changed” as her favorite song on the album because of its vulnerability. “I realized recently that while I didn't necessarily shy from highlighting my own personal defects, there is a lot of inadvertent finger-pointing throughout the record,” she tells us. “’Mom, I've Changed’ is as much a declaration of self-discovery as it is an apology.”

Listen to the entire Bloodboy EP below.