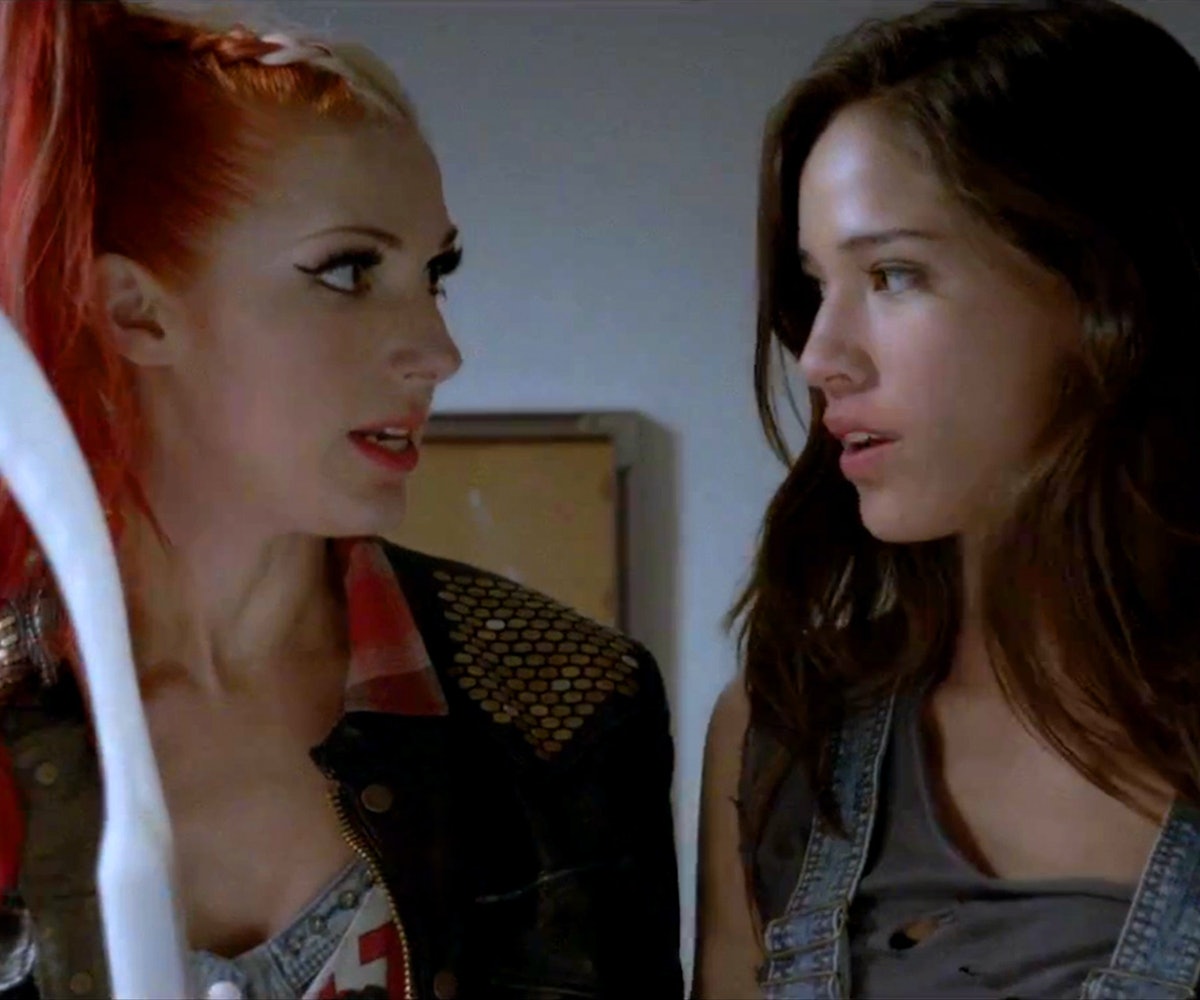 How do you top a music video that features girls with pastel hair wearing slogan tees? If you're Bonnie McKee, you add in zombies to the mix.

The L.A. based songwriter-turned-pop star--she penned hits for Britney Spears and Kelly Clarkson before getting her own Top 40 track in "American Girls"--indulges her love of horror movies, Michael Jackson's "Thriller", and Halloween ("It's my favorite holiday--it might as well be my birthday" she tells us) in the music video for "Sleepwalker." The track, which McKee wrote "in a kind of dark time, when things were falling apart and I was slipping down a downward spiral," pairs her pain-chronicling lyrics with serious dance floor beats--Boy Noize, Oliver, and Cory Enemy all contributed. The music video takes that premise...and then adds in the undead for a mini-movie about, in McKee's words, a heroine and a damsel in distress trying to make it out of a house party alive.

Watch it now, then play it again at your Halloween party--because we've got the exclusive premiere. And then keep reading for McKee's explanation of the whole thing. You may want to have a hockey stick on you, just in case....

She got the idea for the music video while she was totally naked:

"I had a weird thing where I was at a Korean spa in Koreatown with my girlfriends, and they left me and I was alone. I realized everyone there was Korean and no one spoke English, and I was feeling really vulnerable and suddenly thought, 'What if they're all conspiring against me?!' I thought it would be a good place to shoot a video, and then in my head it turned into a horror movie--I thought of the song, and then I was like, 'Zombies!'

It's a "Thriller" for the Internet Age:

"I just wanted to do something like a classic '80s horror flick, with hot girls being chased by zombies and then kicking ass. Also, I'm a huge Michael Jackson fan, and I felt like no one's really done anything for Halloween since "Thriller," in a musical sense. It's not written specifically for Halloween, but it's a perfect fit."

Her outfit in the video is from her closet:

"We actually filmed this before "American Girls"--it was supposed to be a pre-single. and now it's an 'inbetweengle'--I didn't know what that video was going to look like yet, but I knew I wanted this to be really dark. Everything else I'd done was scantily clad and sexy, and I wanted it to be a little more butch and bad-ass. The jacket is Hollywood Trading Company, and on the back there's a whole embroidered nativity scene. It's really beautiful."

That girl-on-girl kiss is not there for shock value:

"At first I  was going to be the damsel in distress, but that's not really me, that's not how I feel in the song, which is about overcoming something. So I needed someone else to play the damsel in distress and I'd play the heroine. So when I pulled her into the closet, it felt like an intimate moment, an end-of-the-world moment, just wanting to share something with someone. It felt like a tender moment. To me it felt like a really genuine thing, like I'm here for you--and that's what the song is about: someone snapping you out of it and waking you from your zombie state and giving you something to look forward to."

Spoiler alert! It doesn't exactly have a happy ending:

"She does get [bitten] somewhere along the way. I'm a big horror movie fan, so I always love when there's a cliffhanger--and just when you think everyone got away, it's like, no! And [the ending's] a play on the "Thriller" thing, when Michael Jackson turns around with the yellow eyes.