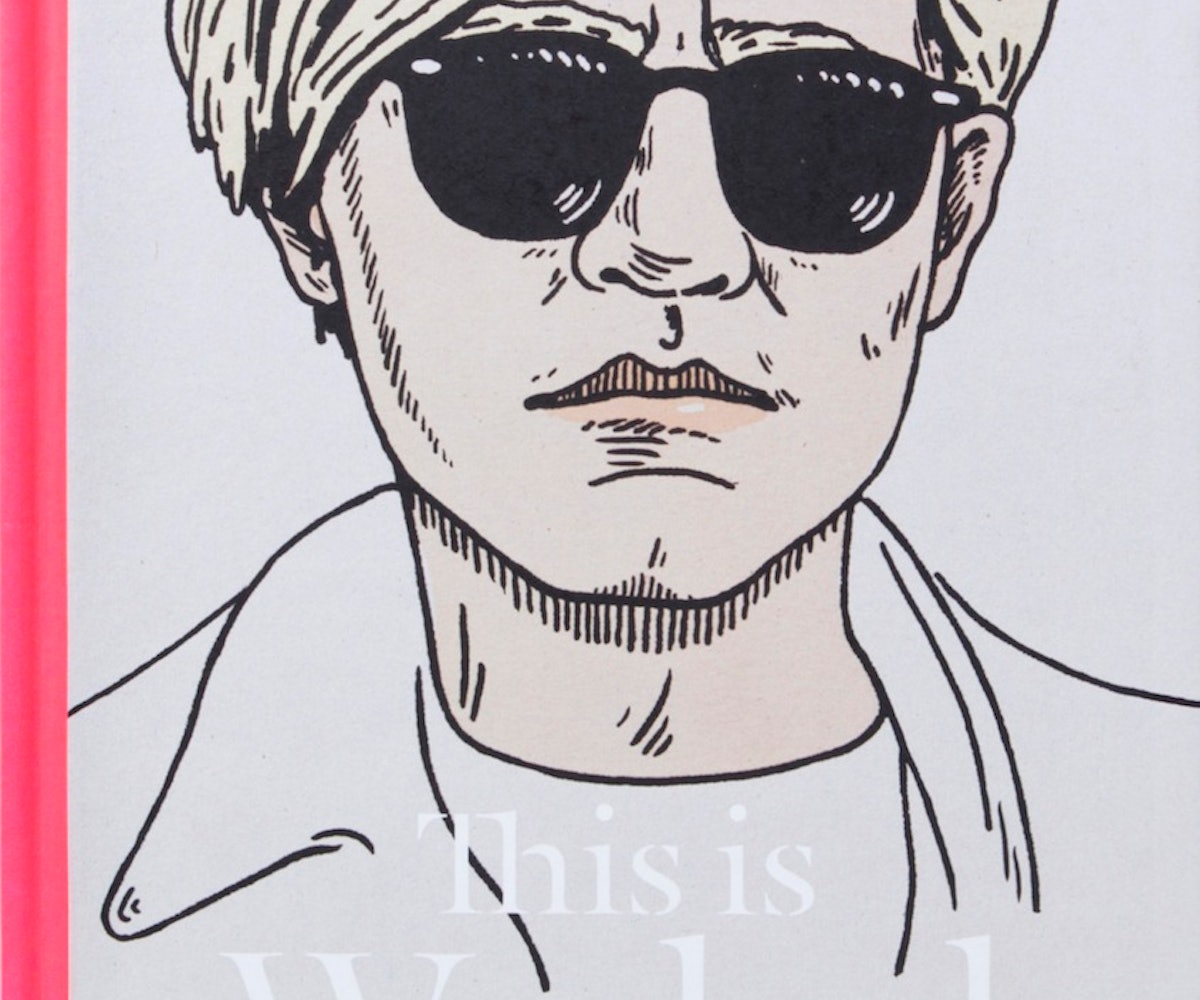 Everything you could ever need to know about Andy Warhol can be found in his work, or at least that's what he so blatantly expressed when he said, "If you want to know all about Andy Warhol, just look at the surface of my paintings and films of me, and there I am. There's nothing behind it." But how exactly can one so proficiently dissect over 8,000 works of art, ranging from silkscreen paintings to illustrations to prints to Poloroid photographs to film to tounge-in-cheek sculptures? It's pretty much impossible.

Luckily, art historian Catherine Ingram has made the job a little easier with her book This Is Warhol. In addition to analyzing Warhol's greatest pieces, Ingram provides a brief history of the pop artist's life and career, from his beginnings as a commercial artist to his conception of Business Art.

But what exactly makes this book different from all the other Warhol biographies (Warhol, Pop: The Genius of Andy Warhol, The Andy Warhol Diaries)? The answer is, fittingly, in the visuals. Vivid illustrations by Andrew Rae provide a hilarious visual timeline of Warhol's artistic ascent, a look into his famed Silver Factory, and a guide to the Warhol "universe" (think of it as a Six Degrees to Andy Warhol), making This Is Warhol the perfect addition to your coffee table.

Get the book here. After all, it's the best birthday present Warhol could ever ask for.