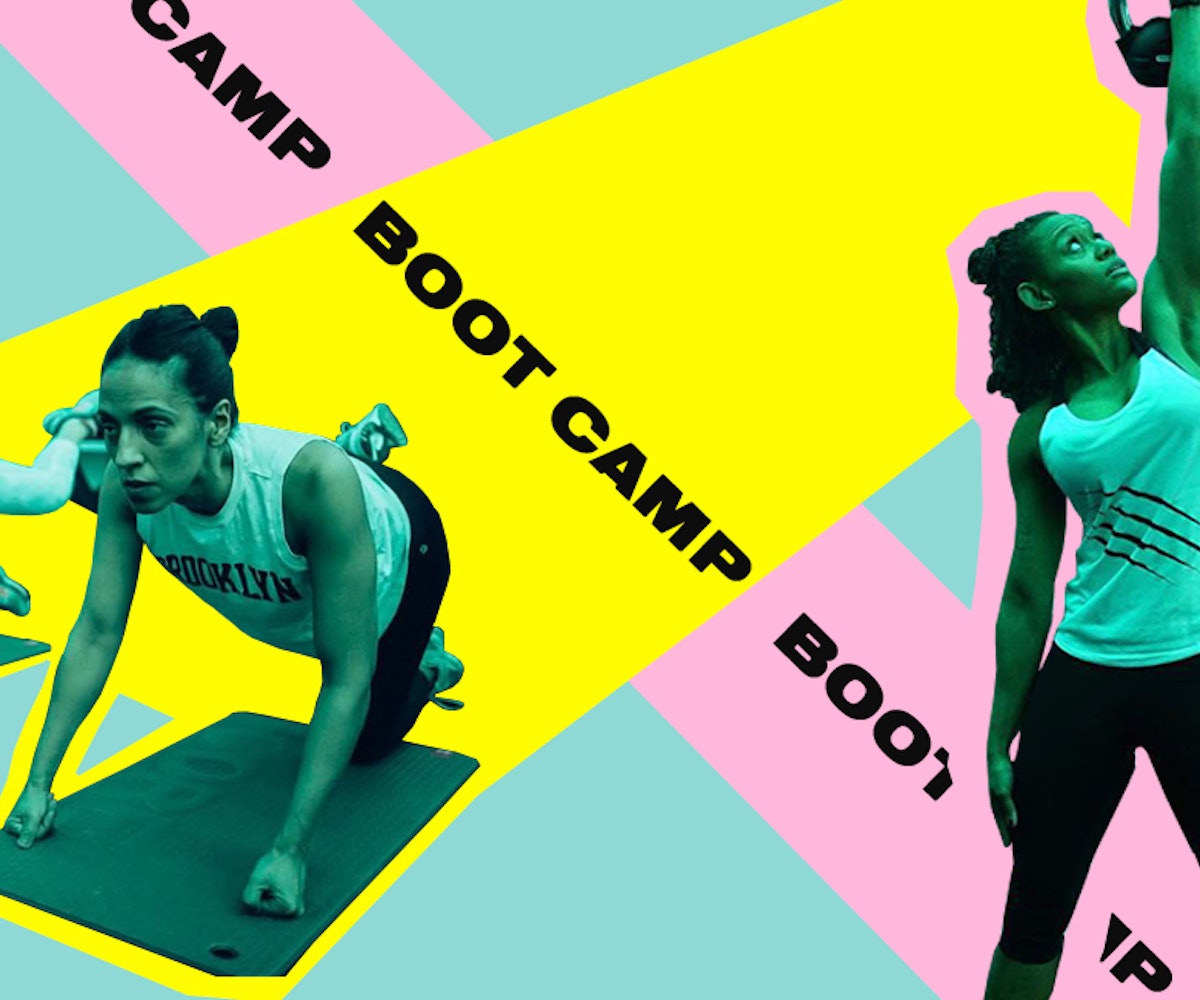 There's a point, when working in women's media, when certain words stop meaning anything. "Empowerment," "iconic," "badass," these words have all just become so much noise; they're used so often that they've become little more than verbal filler.

Another one of those words, at least for me, is "strong." This is because I've read it and heard it used over and over again in the context of health and "wellness" (another word that starts to get fuzzy if you think about it too much); often the concept of strength is just coded language, an acceptable way for people to talk about losing weight. This isn't just a problem within media, of course; the use of phrases like "clean eating" and constant chatter about "toxins" has proliferated in recent years, putting a bizarre and troubling caste of morality over the ways in which we nourish and care for our bodies.

And yet: I found myself this spring wanting to get strong. Not, like, "strong," but actually strong. I wanted to see real muscles develop, I wanted to swing kettlebells with ease, I wanted to be able to do burpees, nonstop, for two minutes in a row. (That might not sound like a lot, but that's a lot!) And so when I was invited to take classes for a month at a High Intensity Interval Training (HIIT) fitness studio in Brooklyn, Beast, I signed up right away—and then immediately got scared. Why scared? Because prior to going to Beast, I hadn't worked out in a formal setting in over a year—and hadn't really worked out informally in... about as long. I didn't know if I'd be able to do one push-up, or do curls with five-pound weights; I didn't know if I was signing up for a month of torture.

This feeling isn't uncommon. Beast owner Nik Barricelli confirmed to me that "HIIT can be intimidating to some people at first." And it's easy to see why: The very premise of HIIT revolves around pretty much nonstop action. There's cardio, weights, more cardio, more weights. There's little time to rest until the very end. And you're encouraged to push yourself to your very limit. There's no cheating in this class; you can go at your own pace, but if you're clearly slacking, you'll be encouraged to use heavier weights, go deeper in your lunges, give it your all on the Versa Climber. This encouragement makes all the difference because it not only means you can't slack, but it guarantees you're doing the exercises properly. Barricelli says that this is why a class setting is so great for someone starting to do HIIT: "Remember that you have fitness professionals available to make sure you are executing your exercises properly... If you are in a fun, safe environment with a supportive fitness culture you will get results. So work hard and have fun."

One quick scan of Beast's directory of its trainers (aka Pack Leaders), put me somewhat at ease—there was no doubt I'd be in capable, muscle-supported hands. But it was still easy to feel intimidated, to wonder if I was about to go into a setting wherein everyone would be in competition with one another, and I'd come up very short. But nothing could have been further from the truth. Upon arriving to the spacious studio for my first class, I was greeted with smiles, and the instructor, Miriam, was talking with class members about the relative merits of regular versus vegan chorizo. There was an easy camaraderie, and the class was filled with people of all ages, genders, ethnicities, and body types. It felt representative of the Brooklyn streets, which was a refreshing change to fitness classes I had been too which are all filled with a familiar sea of similar looking faces and bodies. I felt instantly comfortable, and reassured.

And then the workout began. It's no coincidence that one of the "I"s in HIIT stands for intensity; other than for the briefest of moments, the class was relentless, but this only made the time fly by faster. I felt not only physically engaged, but mentally engaged as I moved from exercise to exercise, station to station, guided the whole time by Miriam, and helped by videos playing on the studio's walls, in which Beast instructors demonstrated proper form for each exercise. There was never a moment where I found my thoughts wandering, never a time when I felt like I needed to quit. Instead, I was so focused on how all the different parts of my body were moving, and so eager to push myself to another level, that I barely realized when class came to a close, and I got to lay down, drenched with sweat, humming with the kind of endorphin high that reminds you that your body is meant to be used.

The fact that I was able to lose myself so completely in my hour of exercise was Barricelli's intention with the studio. He says, "I always wanted a HIIT class where you could lose yourself in the moment and have fun with something that is very difficult." And that's exactly what happens; the difficult becomes fun, the challenge becomes something you can't wait to tackle. This was what I found over the course of the month I went regularly to Beast. I missed it on days when I was traveling; my body had started to respond to this kind of input and craved it.

Also: I started to get strong. Muscles that I didn't know I had became visible, and I found myself, just in my regular life, running up the stairs and doing squats, flexing my arms and tightening my thighs. With this strength came a new kind of confidence about myself and what I was capable of doing. This might seem like a small thing, but in a time when it's really easy to feel unstable, when the need for political upheaval and widespread social change feels more necessary than ever before, knowing that you're working to improve the health of your body and mind is invaluable.

There are infinite ways, probably, of learning how to be strong. And it's just as essential to promote mental strength as it is physical, and yet, for me, going to these classes was a way to rethink what strength meant, to give it a new and real meaning, to associate it with a community of other people, who were also looking for the strength within, and to find it within myself to lay a foundation to move into the future with purpose—and gradually growing muscles.

NEXT UP
Beauty
15 Gifts For Your Friend Who’s Going Through A Pre-Holiday Season Breakup
Entertainment
Precious Pepala Is Going From TikTok Covers To Her Own Resonant Songs
The Art Issue 2022
From Renaissance To Gemini Rights: The Stories Behind 2022's Best Album Covers
Entertainment
Olivia Rodrigo Hinted At New Music In 2023