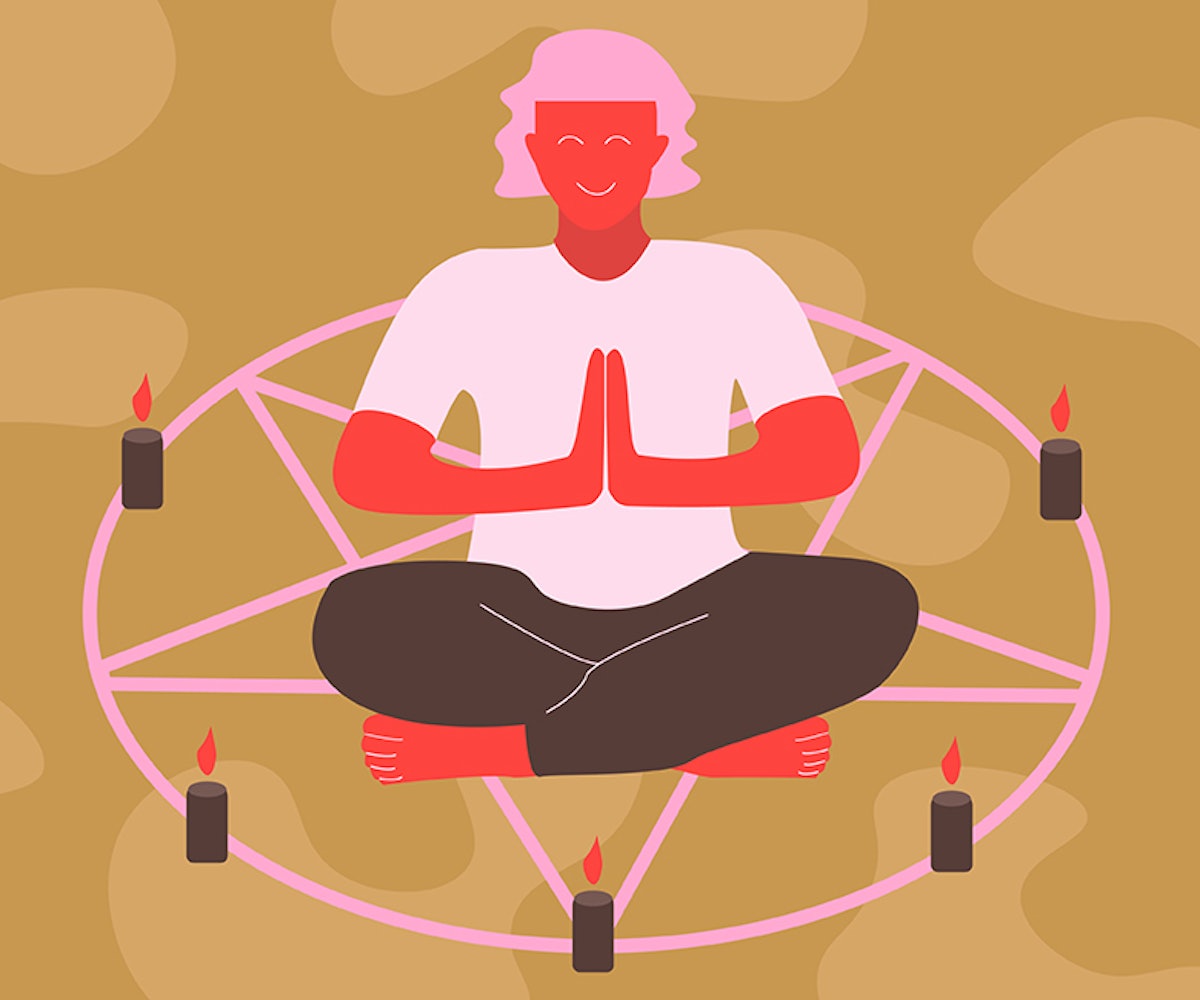 In my never-ending search for a yoga class that suits me, I think I may have finally found what I was looking for: metal yoga.

It's not that I don't love regular yoga—I do. But I’m not very far along in my practice, and I don’t feel at home in any of those workout-heavy yoga studios with cult followings, nor do I yet feel confident enough to join a more spiritually driven one.

As I was researching local studios in my Brooklyn neighborhood to check out, I was surprised to see that Cobra Club, a Bushwick bar that I’ve stumbled into many times over the years, popped up in my results. Little did I know, a separate space in the back exists, used for all sorts of events—including yoga classes. As I read through its offerings, metal yoga caught my eye.

Metal? Yoga? I was intrigued.

Now, I’m not much of a metal fan—at all, actually—but I would say that it’s probably closer to my taste in music than what normally plays during a yoga class. I knew I had to check it out for myself, if only due to curiosity. Mixing yoga with death metal? How does that work? How is that Zen?

First, a bit of background. Metal yoga first began when instructor Saskia Thode was in the midst of her teacher training a few years back. Being an avid metal fan herself, she decided to put together a metal playlist to use when practicing teaching classes to her friends at Saint Vitus, a bar and venue in North Brooklyn. It eventually gained her a following, and Metal Yoga Bones was born. “It’s my two passions coming together,” she says.

When I arrived at Cobra Club, I looked around the room and was happy to see a mixed crowd—some who looked like they knew their shit (either yoga or metal, or both), and others that looked slightly terrified, like me. And for the first time ever, I wasn’t the most tattooed person in the class.

The session began with Thode’s voice transforming into a breathy, guttural growl. And then, I was immediately subjected to 10 push-ups for not knowing the band that was blaring over the speakers.

To be clear, this class was more yoga-inspired than actual yoga—something that took me by surprise as it kicked off with a wild guided dance session followed by burpees. We kicked, we punched, and we simulated impaling things with swords—though the kick circle that went down in the middle of the room felt more like a Satanic ritual than a workout. (In the best way possible.)

As death metal blasted through the tiny room, gyan mudras were replaced with the sign of the horns, and instead of letting out heaving sighs at the end of each breath, we growled and grunted as loud as we could. We played air guitar while holding a warrior II, and air drums while sitting in chair pose. We head-banged while holding a plank. And finally, we pretended to dismember another attendee’s ex-boyfriend while navigating a series of poses, creating air balloon puppies with his bowels. (Yes, that happened.)

Despite what you may assume, savasana—ever-so-fittingly known as the corpse pose, typically held at the end of a class to wind down and assimilate back into regular life—didn’t include more head-banging music. Thode played dreamy, mystical electronic music that lulled us all into a peaceful daze. That is until she announced that we were now awoken as Satan incarnate.

While this particular style of yoga may not be for everyone, it’s certainly not just meant for metal enthusiasts. All of that growling and yelling and kicking was extremely cathartic, and after a particularly shitty weekend, it was a refreshing and stress-busting way to spend my Sunday afternoon.

As many are likely skeptical (I mean, I was at first), Thode makes a valid case for metal music as a vehicle for relaxation. “It creates a feeling of contentment. There are studies that prove that those who listen to this kind of hard music are actually very peaceful and balanced. They have an outlet for whatever is going on in their lives through music.” For those who still don't buy it, she suggests checking out a show and witnessing how peaceful it is for themselves.

Sure, parts of the class got a little dark, but it was all in good fun. And honestly, it was one of the best workouts I’ve had in a while. Most importantly, I never once felt I was being judged for my imperfect poses. As I walked out of that room, through the bar, and back out into real life, I never felt more ready to take on the world.