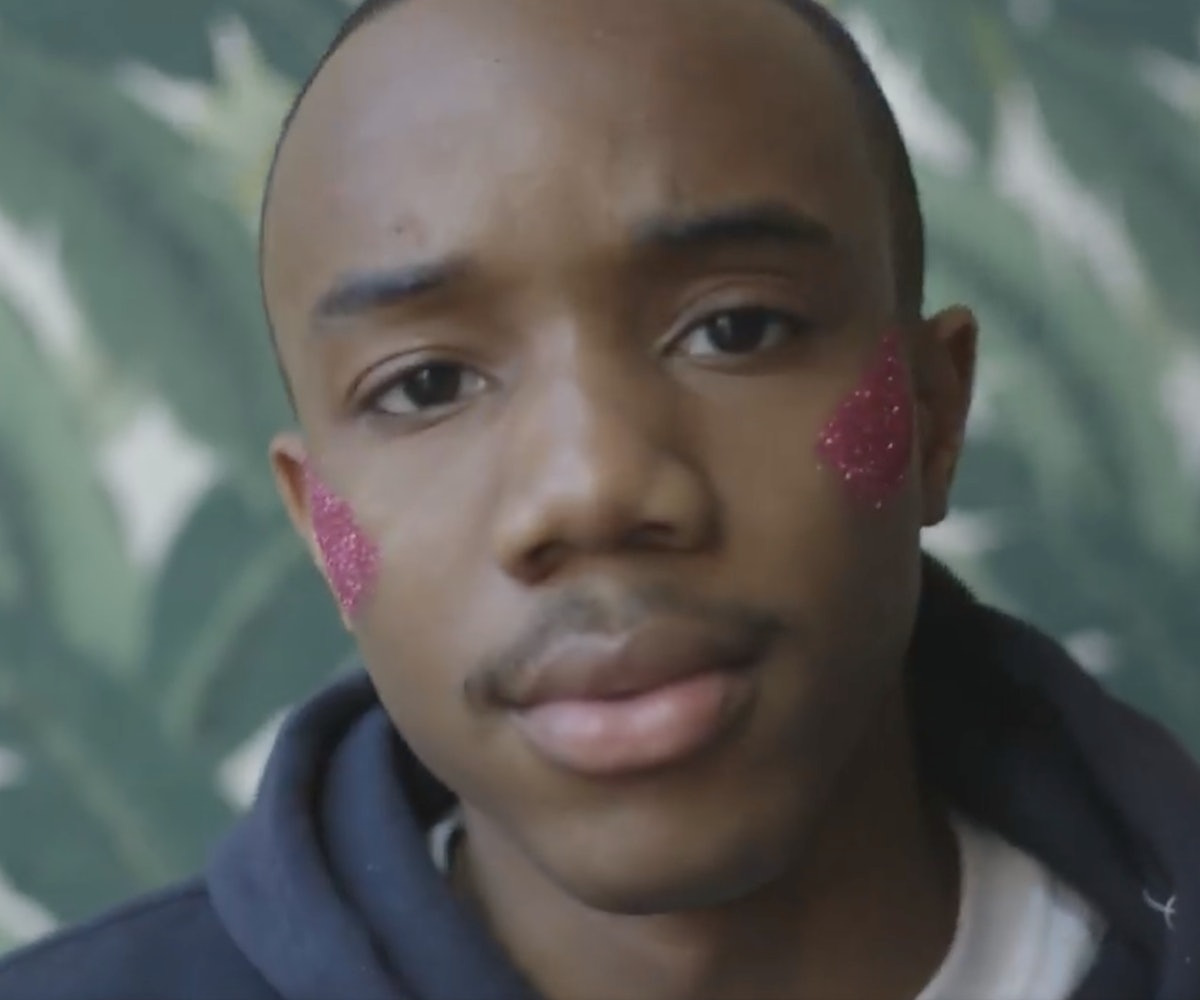 In a culture where black and brown boys are unfairly expected to be stoic and ultra-masculine, we thought we'd talk to three from different backgrounds, about how they're breaking this mold, through their personal presentation and lifestyle, and proving that defying hypermasculinity is not about appearance, but about changing how we think.

Hypermasculine ideals and pressures are often pushed onto black and brown men from all angles of society, including media, inside of classrooms, and within families. We’ve long been exposed to the ongoing narrative that a man who talks about his feelings, struggles with depression or anxiety, demonstrates love to his significant other, or cries, is not a "real man" and is, instead, something less than, someone soft or weak.

This kind of pressure is disproportionately pushed onto black boys from an early age, and its effects can be extremely damaging, not least because black men are not often given the same access to mental health resources that their white counterparts receive.

But there have been signs that things are changing. We’ve seen rappers like Cam’ron, Uzi, and Young Thug be publicly comfortable with their sexuality and embrace styles that have been considered more “feminine.” Transgressing gender norms has opened up a much-needed discussion about mental health and the societal pressures faced by the brown and black community. And these communities have gotten the message that it's okay to feel. It's okay for boys to cry.

Recently, we caught up with Aquil Lemons, creator of the Glitter Boy series, and Harley Suarez and Isaiah Write, both of whom are featured in Glitter Boy, at New York City’s The VNYL, and found out how they’ve been defying gender norms and getting in touch with their emotions. You can catch our talk with them in the video, below.