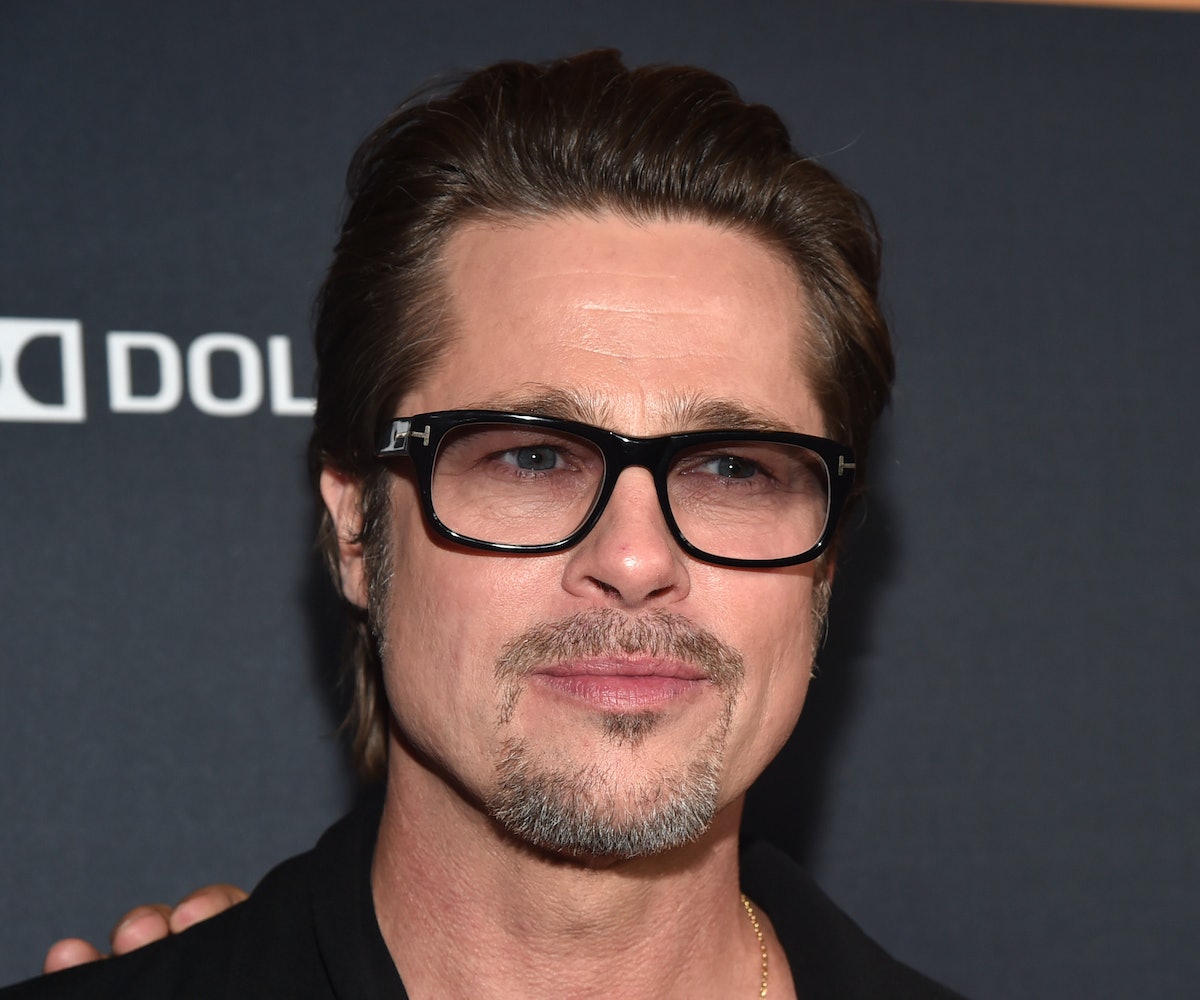 Normal humans may age throughout their lifetime. Their skin will most likely sag and crease, and much like the rest of them, their hair will lose its youthful luster and be left a nearly pigment-less mess that they may or may not conceal with various chemicals and dyes. But celebrities? Well, they're a whole other beast. With assistants to do their bidding and thousands of procedures and sperm-filled night creams at their disposal, it's possible for them to go through life without a wrinkle on their precious foreheads.

It's no secret that Brad Pitt is one of those naturally ageless beings, one whose charity work and general good-naturedness have most likely made Father Time treat him kindly. And so, when he wants to look like a normal being, he has to resort to a bottle of bleach and a good, old-fashioned grey toner. Now, after a quick dye job for his part in War Machine, Brad Pitt now has hair quite similar to your grandfather's. Oh, and he's also officially been deemed a "silver fox," because, well, just look at him.