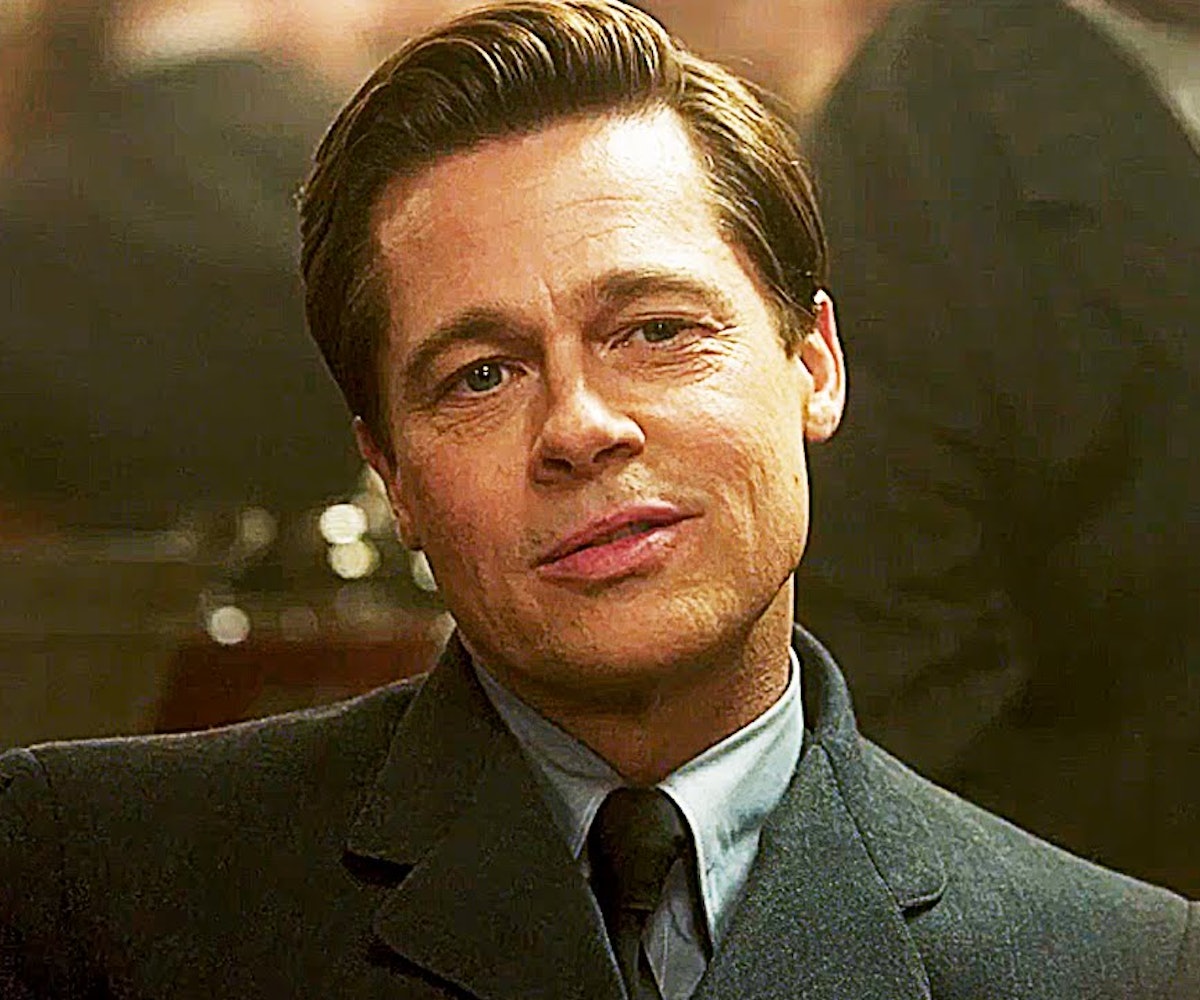 In the new movie Allied, Brad Pitt plays a WWII-era spy who gets romantically entangled with another mysterious operative, played by Marion Cotillard. The Robert Zemeckis-directed movie came out on Friday to mixed reviews, but one thing everyone could agree on was that both Pitt and Cotillard looked flawless, evoking old-school Hollywood glamour with their handsome period garb and throwback hairdos. For Pitt, his perfectly coiffed, heavy-on-the-product cut was the latest incarnation of one of the most famous heads of hair in the world, that over a more than two-decade career, has taken many forms to various degrees of success. Here, we look back on some of Pitt's more memorable movie haircuts, from best to worst.

1. As Lt. Aldo "The Apache" Raine in Inglorious Basterds

Pitt stars as the legendary outlaw Jesse James, who was guilty of, among other things, having perfect hair.

3. As Don "Wardaddy" Collier in Fury

This action movie might be set during WWII, but Pitt’s bald high fade would be acceptable at any craft cocktail den in the country.

4. As Tristan Ludlow in Legends of the Fall

Another fade for Pitt. This is what we’d imagine Lt. Aldo Raine’s haircut to be if he'd settled down after the war and started a family.

6. As Tyler Durden in Fight Club

The first rule of Fight Club is acknowledging how terrific Pitt’s hair in it is.

7. As Detective Mills in Se7en

What’s in the box? Some dope hair paste, obv.

8. As Max Vatan in Allied

Pitt returns to the second World War for yet another lesson in the power and the beauty of good pomade.

9. As Louis in Interview With a Vampire

If Pitt never made it in Hollywood, he could have had a dynamite career as a romance novel cover model.

11. As Billy Beane in Moneyball

Pitt wears a visor for much of the movie, but every now and then it comes off to reveal a mane of very sensible, very lustrous hair.

Pitt goes full pompadour in one of his earliest roles, in this cartoon-IRL mashup.

There’s something about the length of Pitt’s hair here that is more unnerving than the zombie apocalypse he confronts in the film.

14. As Jackie in Killing Them Softly

Pitt's legendary hairline is on full display with this 'do, along with some meaty sideburns. Still, it's a little too heavy on the gel.

15. As Jerry Welbach in The Mexican

16. As Rusty Ryan in Ocean's Eleven

Frosted tips aren't cool now, and they weren't cool then.

17. As Rory Devaney in The Devil's Own

Not even Pitt can make a mullet work, although he comes closer than anyone in human history.

Tragedy befalls Pitt and Cate Blanchett during a vacation in the Moroccan desert, and not even his helmet of hair can protect them.

Pitt bulked up significantly to play the legendary warrior whose Achilles heel was actually a propensity for greasy hair.

20. As Chad Feldheimer in Burn After Reading

Leave it to the Coen brothers to give Pitt the most comically bad haircut of Brad Pitt's career.

21. As Rusty Ryan in Ocean's Twelve

Special mention goes to Pitt's return as Rusty Ryan. When you have hair like his, shaving it all off is a felony.