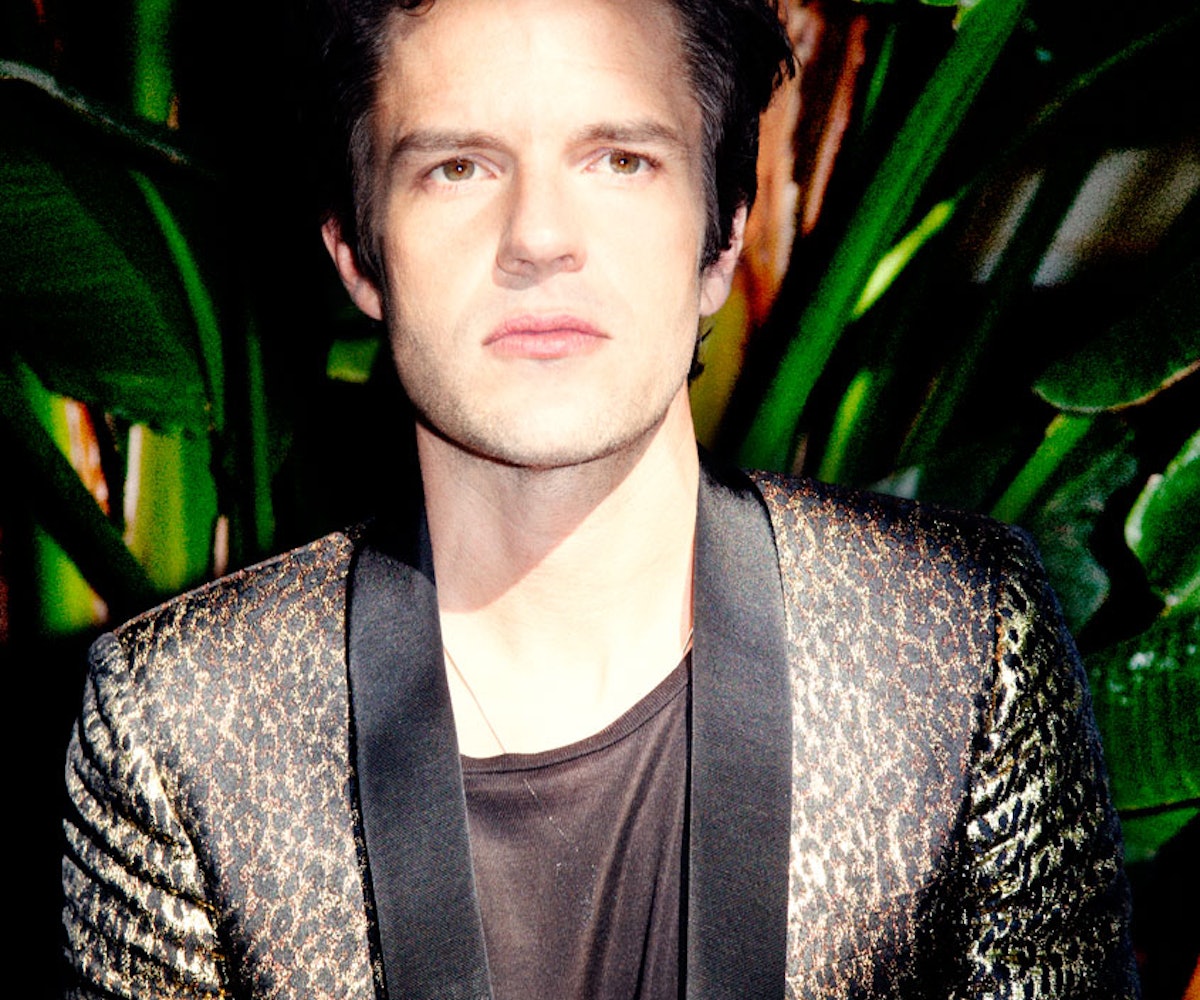 More than a decade after trading in his fake ID for a triple-platinum album, Brandon Flowers has outgrown most of his adolescent angst. There is, however, one thing from those early days that still follows the 33-year-old singer. "I'm a competitive person," says Flowers, pitched forward on his chair in a shaded poolside nook at West Hollywood's Sunset Marquis Hotel. In the months leading up to the release of a new album with The Killers, or, in this case, his second solo record, The Desired Effect, the Las Vegas-based musician scopes the opposition, warily. "I think, 'OK, it's April now,' and I'm just waiting for something to come out that I think might be better. So far, it hasn't," he says.

After churning out four chart-topping records as a frontman, it's odd to hear Brandon Flowers admit anxiety or emulousness, but he can't help it—he gets it from his mom. Born in Henderson, Nevada, Flowers is the youngest of six kids, including one brother, Shane, who was a gifted golfer. "He was 16 years old, and he was the best player in the state," he says. "But then Robert Gamex, who was in his same year, went on to the PGA Tour. My mom would say, 'There always seems to be somebody better.' It's not such a great trait that she passed on to me."

His mom, did, however, grant him permission to move to Las Vegas at 16, where he spent the last two years of high school living with his aunt. "I was free when I was a teenager," he says. "So I feel like I got a lot of the shenanigans and all of that stuff out of the way early. I didn't have parents, I was in Las Vegas, and I got a fake ID right away."

During this time, the casino-club scene was just coming on, and DJs were spinning in relative obscurity but laying the foundation of contemporary pop music. "Right now EDM is huge, and it's completely erupted into the biggest thing in Vegas," says Flowers. "So in 1998 or whatever it would have been when I was kind of doing...whatever I was doing, it was just taking off." The Killers' synth-seared arena rock may have borrowed from EDM's builds and bombast, though that's a chicken-and-egg argument.

Either way, 15 years later, dance music has taken hold, full-on. House-laden beats permeate most corners of pop, from radio-ready hip-hop to Top 40 country tracks. The Desired Effect absorbs some of this in its synth-and-bass-packed tunes while preserving Flowers's big dramatic voice, because, as the singer puts it, "there is still room for live music." Amen.